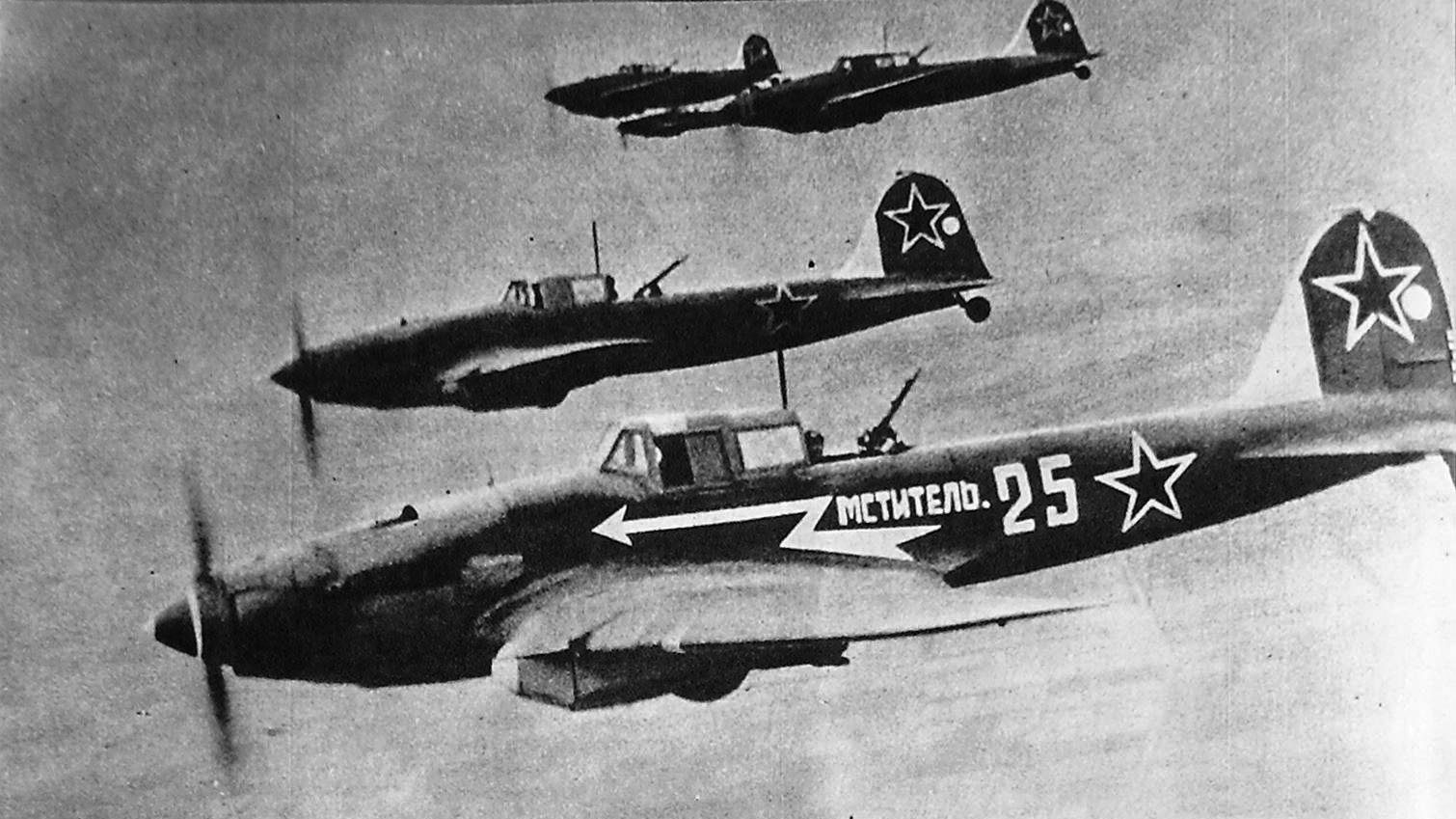 By Phil Zimmer Vasily Emelianenko led a flight of Soviet Ilyushin IL-2 Shturmoviks, or “Storm Birds,” in late June 1942 against a German-held airfield near Artemovsk in eastern Ukraine, flying low up a deep ravine to avoid detection. The Il-2 planes banked slightly to rise above the hill to their front, and the ground gave way as they spotted two rows of German bombers lined up neatly on the airfield ahead. Emelianenko had lowered the nose of his plane for the attack when he heard a deafen