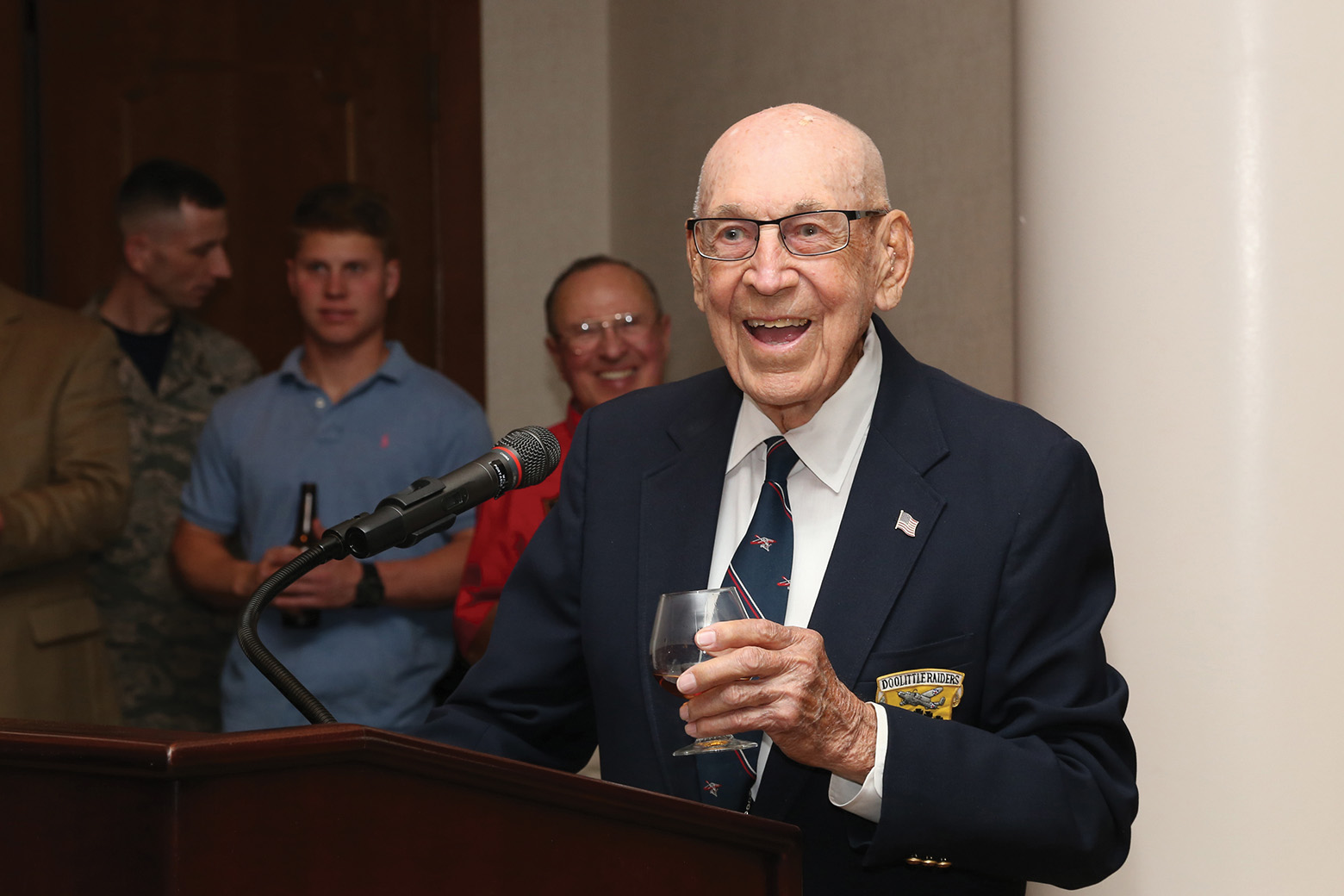 The Last Doolittle Raider: 75 Years After the Daring Mission

The last of the Doolittle Raiders observes the anniversary of the Tokyo bombing mission.

Lieutenant Colonel Dick Cole is 101 years old. In April he attended observances of the 75th anniversary of the famed Doolittle Raid on Tokyo that marked the first effort by American bombers to inflict damage on the Japanese home islands during World War II. The anniversary was in some ways quite similar to those that have gone by year after year, with one notable exception.

Cole is the last survivor of the 80 intrepid young aviators led by Lt. Col. James “Jimmy” Doolittle on the April 18, 1942, raid that shook Japanese confidence and caused the high command in Tokyo to rethink its Pacific strategy, particularly in terms of preventing a future attack on their capital city. The Japanese decision to proceed with their assault on Port Moresby, New Guinea, and the seizure of Midway atoll in the Central Pacific were almost certainly influenced by the shock of the Doolittle Raid.

History has recorded and analyzed the results of these two Japanese offensives over and over. Suffice it to say here that the Port Moresby thrust was turned away by the strategic American victory at the Battle of the Coral Sea in May 1942, and the epic decisive victory at Midway the next month cost the Imperial Japanese Navy four of its frontline aircraft carriers.

The Doolittle Raiders flew 16 North American B-25 Mitchell bombers from the deck of the U.S. Navy aircraft carrier Hornet, a feat that many observers had believed was nearly impossible. However, the pilots and crewmen trained for months at Eglin Airfield near Pensacola, Florida, taking off from a strip with painted markers to indicate the length of an aircraft carrier’s flight deck. When a Japanese picket boat spotted the American task force, the decision was made to launch earlier than planned and in rough seas at the extreme limit of the B-25’s range.

It was a heroic decision, and the plan had been for the bombers to fly on to China after dropping their bombs since it would have been impossible to land on the Hornet’s deck. One after another, the pilots gunned their engines and roared down the length of the carrier, slipping into the air at the end of the flight deck and dropping precipitously close to the wave tops before clawing for altitude and forming up to speed toward their rendezvous with destiny. 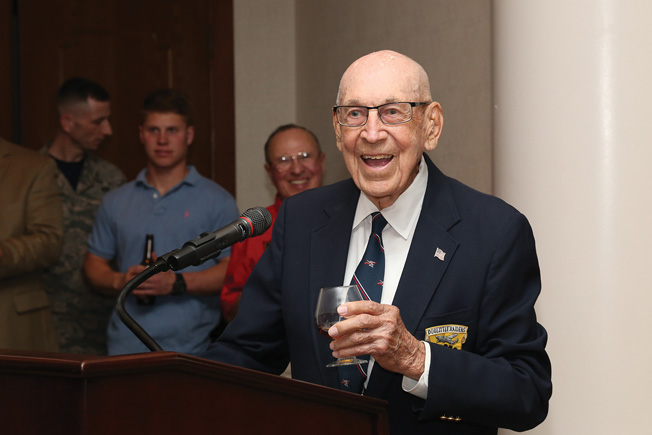 The raid on Tokyo and other targets caused only minimal damage, but the psychological impact on the Japanese was tremendous. Three raiders died during their attempt to reach China, while eight were captured by Japanese troops. Three of those taken prisoner were executed, and a fourth died in a POW camp. Doolittle was among the survivors and made his way back to the United States. He was later promoted to lieutenant general, received the Medal of Honor, and commanded the Twelfth Air Force in North Africa, the Fifteenth Air Force in the Mediterranean, and the Eighth Air Force in Europe.

Cole remembers the events of the Doolittle Raid as though they occurred only yesterday, he told the Associated Press. This year’s commemoration of the raid is not only significant due to the 75th anniversary. Cole opened a bottle of cognac dated 1896 to raise a final toast to those comrades who died during the previous year. Each survivor of the raid had a goblet engraved with his name, and in 2017 only Cole’s was filled for the ceremonial drink.

In the past year, Staff Sergeant David Thatcher of Missoula, Montana, passed away at the age of 94, leaving Cole as the only living survivor. However, there is no doubt that he was surrounded in spirit by those fellow Raiders who are no longer with us. Among the many displays of heroism during World War II, the Doolittle Raid stands tall, bringing hope to a nation rocked by the surprise attack on Pearl Harbor and a string of early defeats in the Pacific.

After the Doolittle Raid, Americans knew without a doubt that their armed forces would prevail during the long trek toward Japan’s surrender in Tokyo Bay nearly four years later.

Find our other stories on the daring Doolittle Raid here:

One thought on “The Last Doolittle Raider: 75 Years After the Daring Mission”