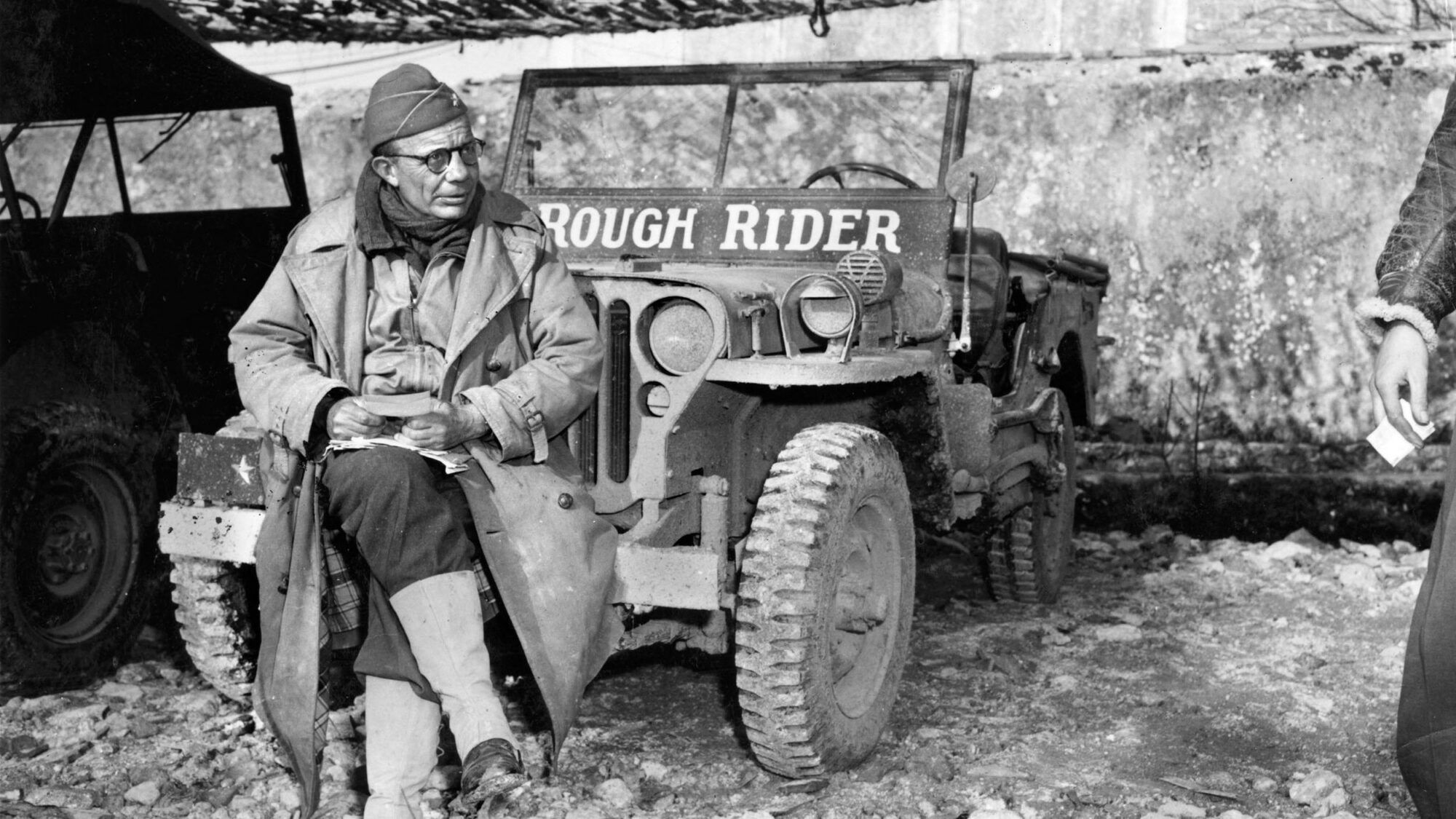 Photo Credit: Brigadier General Ted Roosevelt reads mail while serving in Italy in January 1944. The son of President Theodore Roosevelt, he named his Jeep “Rough Rider” in honor of his late father and his exploits during the Spanish-American War.

The son of a legendary president was the assistant commander of the 4th Infantry Division on D-Day.

By Michael D. Hull Famed war correspondent Ernie Pyle reported in August 1944, that one of his favorite U.S. Army officers was a regimental colonel who shared Lt. Gen. George S. Patton Jr.’s philosophy for World War II—simply to kill Germans. This Regular Army colonel, said Pyle, wore a “new type field jacket that fits him like a sack,” carried a cane, and, like Patton, constantly prodded his commanders to “push hard, not to let up, to keep driving and driving.” Pyle said the offic