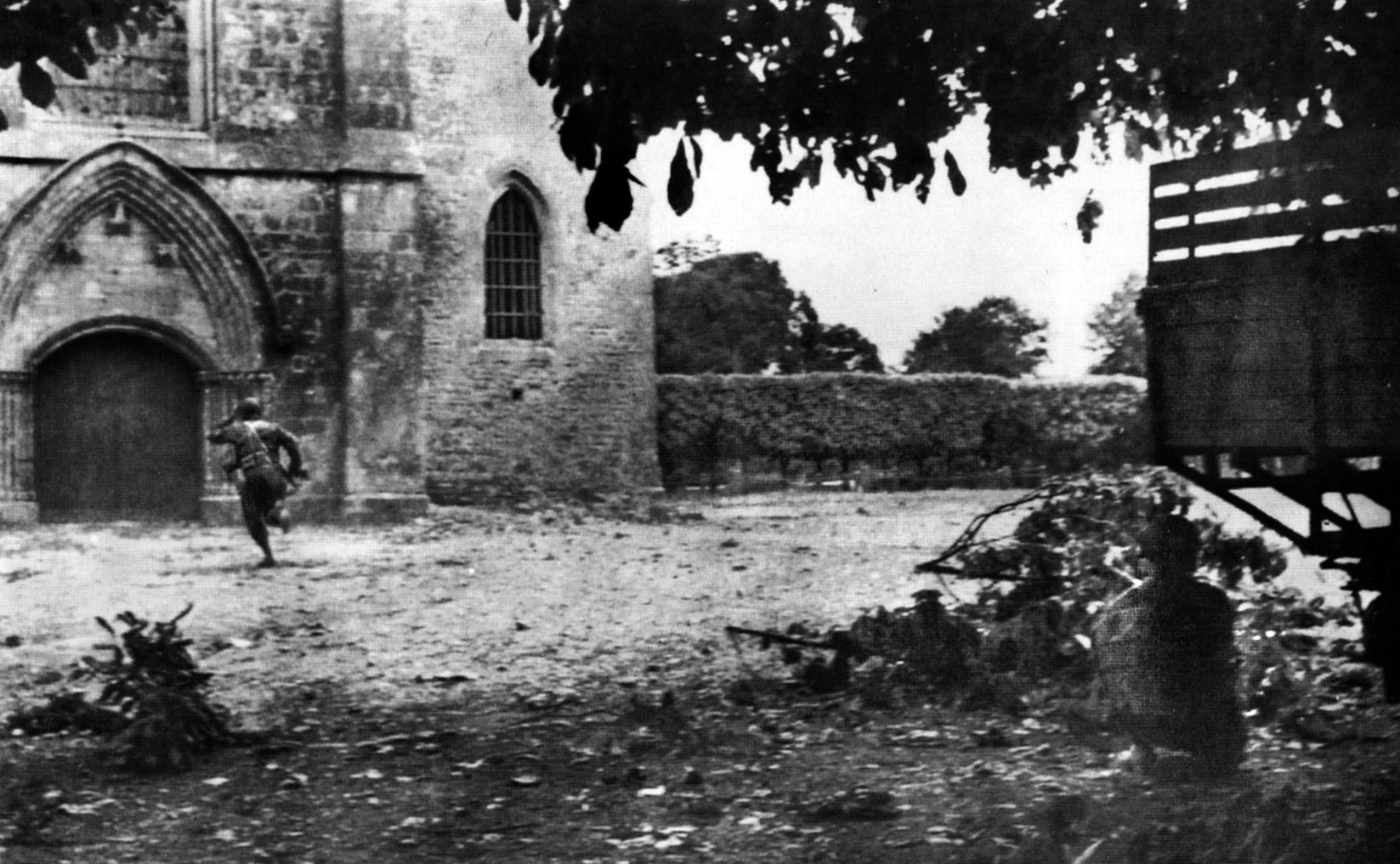 This year I feel deeply honored to have been chosen by the Smithsonian Institution to lead three 70th anniversary D-Day trips to England and France (one took place in May; the other two are scheduled to take place in September and October).

I say this not to brag but to express how humbled I am to be entrusted with accompanying small groups (about 25 per trip) and sharing my knowledge of Operation Overlord with people who have a fascination about one of the pivotal battles of World War II.

While I have spent many years reading and writing about the war and about Overlord, it’s easy (and wrong) for me to assume that most people are as familiar with the operation as I am. But when I explain the operation while standing on the sands of Omaha Beach, or at Pegasus Bridge or La Fière, or the cratered, clifftop battlefield at Pointe-du-Hoc, or the quaint streets of Sainte-Mère-Église, and I see the look of amazement and sudden understanding in the eyes of my group, I get all the more excited.

I tell them that all the books and films about D-Day cannot compare with actually being there—that to understand the battle, they must walk the battlefield.

In their minds’ eyes, they begin to experience for the first time the operation that they have heard so much about for so long. They are actually touring Churchill’s bunker and the Cabinet War Rooms beneath central London, left in virtually the exact condition they were in when the lights were turned out at war’s end in 1945.

They are visiting the once super-secret facilities at Bletchley Park, where the German diplomatic and military “Enigma” codes were broken, enabling the Allies to read the enemy’s mind.

They are walking on the very same decks and exploring the innards of the British cruiser HMS Belfast, whose guns fired some of the first shots on D-Day.

They are viewing the same huge, wall-sized map of England and France that Eisenhower and his generals and admirals viewed at Southwick House as they tracked the progress of the great flotilla that crossed the English Channel and launched The Great Crusade.

They are exploring the battered, shattered concrete casemates that held the German guns—and gunners, who must have gulped at the sight of thousands of warships bringing death straight for them.

They are touring magnificent museums filled with innumerable artifacts, large and small, that graphically demonstrate the truth of Patton’s observation: “Compared to war, all other forms of human endeavor shrink to insignificance.”

They are standing in small town squares that were once the place of ferocious fighting, crossing bridges that once ran red with blood, standing in fields that witnessed tremendous courage and carnage, walking on the same sands and stones that were once carpeted with dead and wounded soldiers who came to liberate a continent and a people they didn’t know. They are walking on hallowed ground.

They are walking the rows after rows of well-tended German, British, and American graves that silently speak more eloquently than any words about the tremendous toll that war exacts on the young men (and women) of nations engaged in violent conflict.

As the actor Rod Steiger said during his cameo appearance in the 1962 epic Hollywood blockbuster, The Longest Day, “I don’t know about you, but I get goosebumps just thinking about it.”

Well, no matter how many times I have visited the battlefields and the other places associated with the war, I, too, “get goosebumps just thinking about it.”

And I presume everyone else does, too.