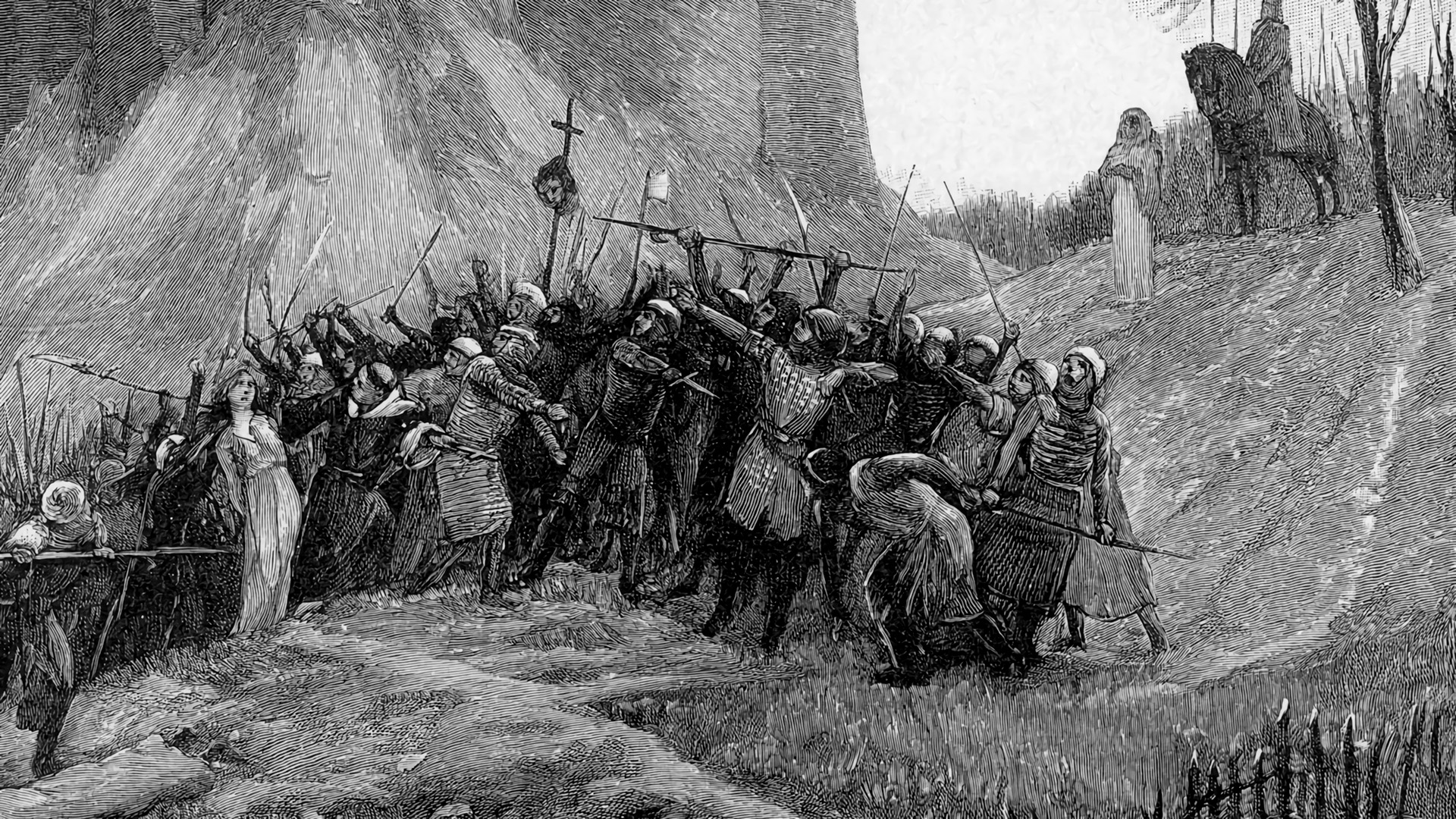 Stirring Accounts of the Albigensian Crusade

The three contemporary narrative accounts of the 13th-century Albigensian Crusade are gripping, chilling, and enlightening. They offer rich insight into the period when the Languedoc region of modern-day southwestern France was tied more closely to the Kingdom of Aragon than the fledgling Kingdom of France.

The epic poem Song of the Albigensian Crusade is a unique work given that the first part written by Tudela covering 1209 to 1213 gives the crusader viewpoint, whereas the second part by the continuator offers the opposing perspective of the local nobility.

Although heavily biased in favor of the crusaders, Cistercian monk Peter of Vaux de Cernay’s account benefits from his participation in the actual events. He not only was an eyewitness to some of the events he describes, but he was acquainted with leading legates and crusaders.

While not as detailed in its coverage of the key events in the first stage of the crusade, William of Puylaurens’ Chronicle covers the later stages of the Albigensian Crusade in greater detail than the other two chronicles.

Given that the chronicles can be checked against each other, as well as other sources, they are remarkably reliable. They are not completely accurate, though. For example, the authors of the Song of the Albigensian Crusade use poetic license when attributing remarks to the barons who played leading roles in the events. In addition, the authors frequently attribute the outcome of events to miracles from heaven.

Warfare is central to these chronicles. They catalog ambushes, chevauchees, skirmishes, sieges, and pitched battles. The Albigensian Crusade was especially brutal. The chronicles unapologetically cover the burning of heretics, mutilation of captives, and pillaging of cities. A passage written by the continuator in The Song of the Albigensian Crusade captures the brutality in graphic detail in the account of the Battle of Baziege in 1219: “Now altogether sergeants entered the battle to kill the fallen. Steel flashed on steel, on overthrown and beaten men, knights and sergeants struggled, and they slashed, slew and finished them…. Red was the battlefield, and red the riverbank, heaped with dead Frenchmen.”

Siegecraft was no casual affair. The leaders of the crusade employed professionals who could harvest local trees and build mangonels and trebuchets to prosecute sieges.

As for the armed clashes, whether small or large in scale, they primarily involved mounted knights and sergeants. More often than not, foot soldiers appear in the local armies rather than among the ranks of the crusaders. The foot soldiers were poorly led levies who had no means to defend themselves against heavy cavalry in the open.

The invading crusader forces were not to be underestimated. The chronicles offer many examples, such as the siege of Castelnaudaray in 1211, in which the so-called resistance forces led by southern nobles were reluctant to take on the crusaders even when they substantially outnumbered them.

For the flavor of 13th-century warfare, the chronicles of the Albigensian Crusade bring into sharp perspective the famous small sieges against the remote mountain strongholds of Lastours, Minerve, Termes, Lavaur, and Montsegur, as well as the grand clashes that occurred at the towns of Carcassonne, Toulouse, and Muret.