Eileen Nearne was the war heroine next door.

To the neighbors, she was an elderly woman who lived an unassuming life, loved her cats, kept to herself, and seemed even somewhat reclusive.

“Whenever we saw her, she was just very, very quiet,” observed Father Jonathan Shaddock, who presided over her funeral at the Catholic church in Torquay, England. “Just said her prayers and then slipped away at the end of mass without having much to do with anybody.” 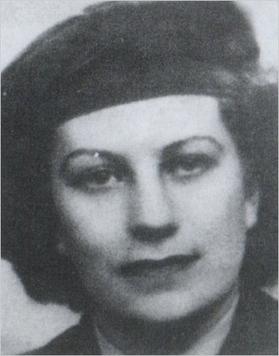 In reality, National Public Radio and other news sources have reported that Eileen Nearne, who died of a heart attack on September 2, at the age of 89, was actually an agent of the British Special Operations Executive (SOE) who risked her life in a perilous mission during the Allied buildup of men, matériel, and resistance organization during the months preceding the D-Day invasion of June 6, 1944.

Her contribution to the Allied war effort had dimmed with the passing years, and little had been revealed publicly relating to the mission Nearne undertook in March 1944. At the age of 23, she was parachuted into France under cover of darkness to establish a wireless radio transmitting station that would exchange information between leaders of the French Resistance and British military staff members planning Operation Overlord in London. The Associated Press reported that she posed as a French shop girl and helped to coordinate the air drops of supplies and weapons that would be used by the French resistance in support of the Allied landings in Normandy.

Some reports have identified Nearne with the codename of Agent Rose; however, another agent, Andree Peele, may also have used this designation. Shrouded in secrecy from the beginning, some confusion remains on this point.

Born in France, Nearne spoke the language fluently and operated during four crucial months before her arrest by the Gestapo and imprisonment at Ravensbruck concentration camp. After that, she was transferred to a prison camp in Silesia and managed to escape in April 1945. Apprehended shortly afterward, Nearne and two companions were then released by the Germans, having talked their way out of trouble by convincing their enemies that they were not involved in clandestine operations.

When she returned home, Nearne was honored as a Member of the Order of the British Empire and received other decorations and citations for her service. For a while, she lived with her sister Jacqueline, who also had worked for the SOE during World War II. By the time of her death, she was living alone and it was not known whether she had any living relatives. Therefore, Reuters News reported, authorities stepped in several days later and searched her apartment for potential contacts. In the process, medals such as the French Croix de Guerre awarded decades earlier and documents and personal papers yellowed with age revealed Nearne’s exploits as a young woman.

“Isn’t it ironic that this lady, with her Special Operations Executive training, carried this through for the rest of her life and remained under cover, so much so that we’re talking about her with such surprise just after her death,” commented John Pentreath of the Royal British Legion, an organization that sees to the welfare of veterans and members of the nation’s armed forces. “We began to realize that a large bit of our history has just left us and it is hugely important to us that even now, after she’s died, we do something about it, which is what we’re going to do at her funeral. We will pay her the honor and respect that she deserves.”

A niece did step forward eventually and noted that she had visited her aunt regularly. She also related that Eileen had requested that her body be cremated and her ashes scattered at sea.

The Legion took the lead in organizing the memorial service for Nearne. According to the New York Times, her body had not been discovered for several days and had been destined for a pauper’s grave, or council burial, as they are called in Britain.

To the end, Eileen had demonstrated what it means to be a good spy. She did her duty during wartime and kept her secrets always.