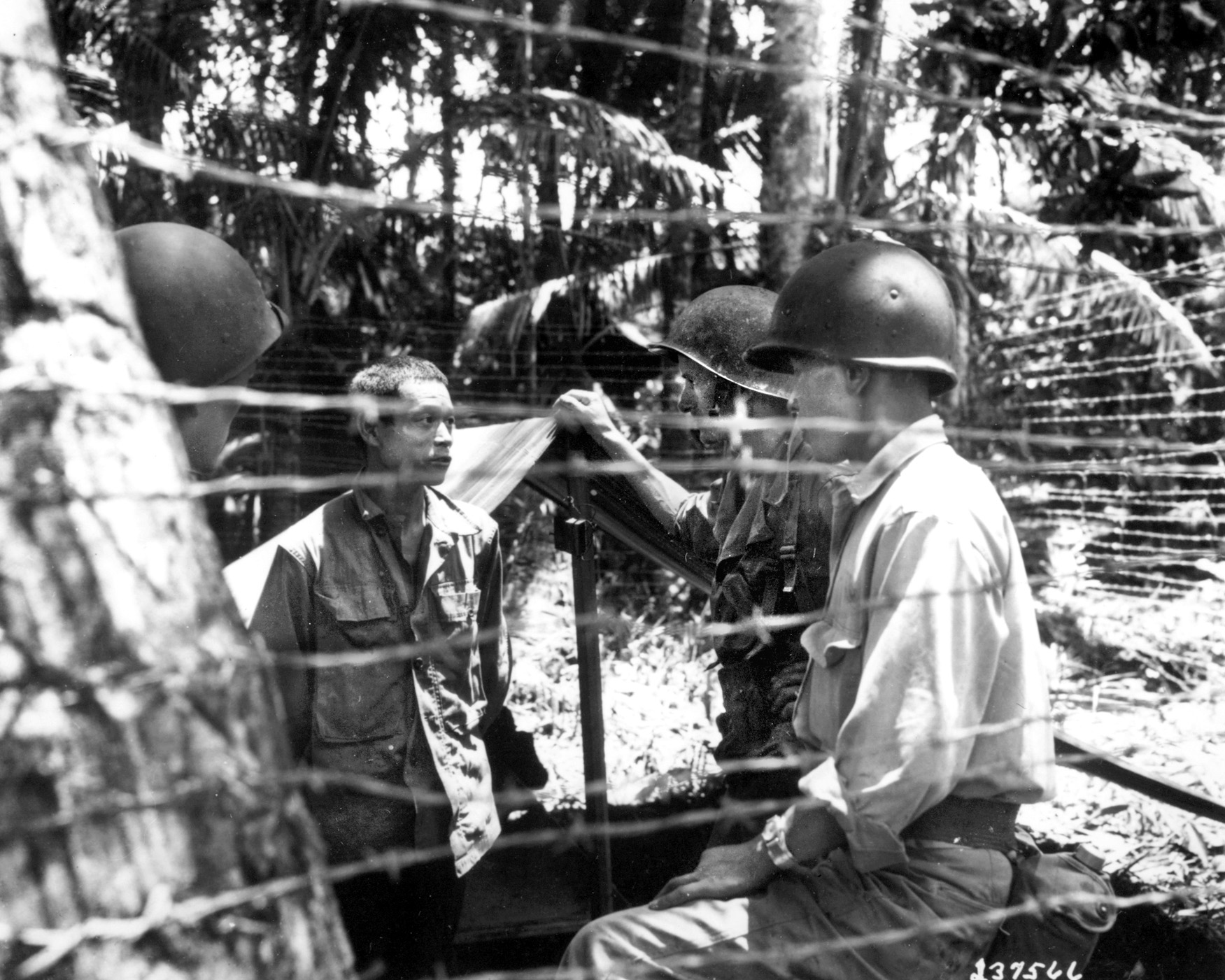 Japanese-American interpreters serving in the U.S. Army provided valuable service to the Allies in the Pacific.

By Dr. Carl H. Marcoux American soldiers of Japanese ancestry made remarkable contributions to the Allied victory during World War II. The best known of their exploits was the outstanding fighting record compiled by the 100th Infantry Battalion and later the 442nd Regimental Combat Team during the European campaigns. The soldiers of the 442nd received more decorations than those of any unit in U.S. military history for its size and length of service. Less well known were the World War II contr