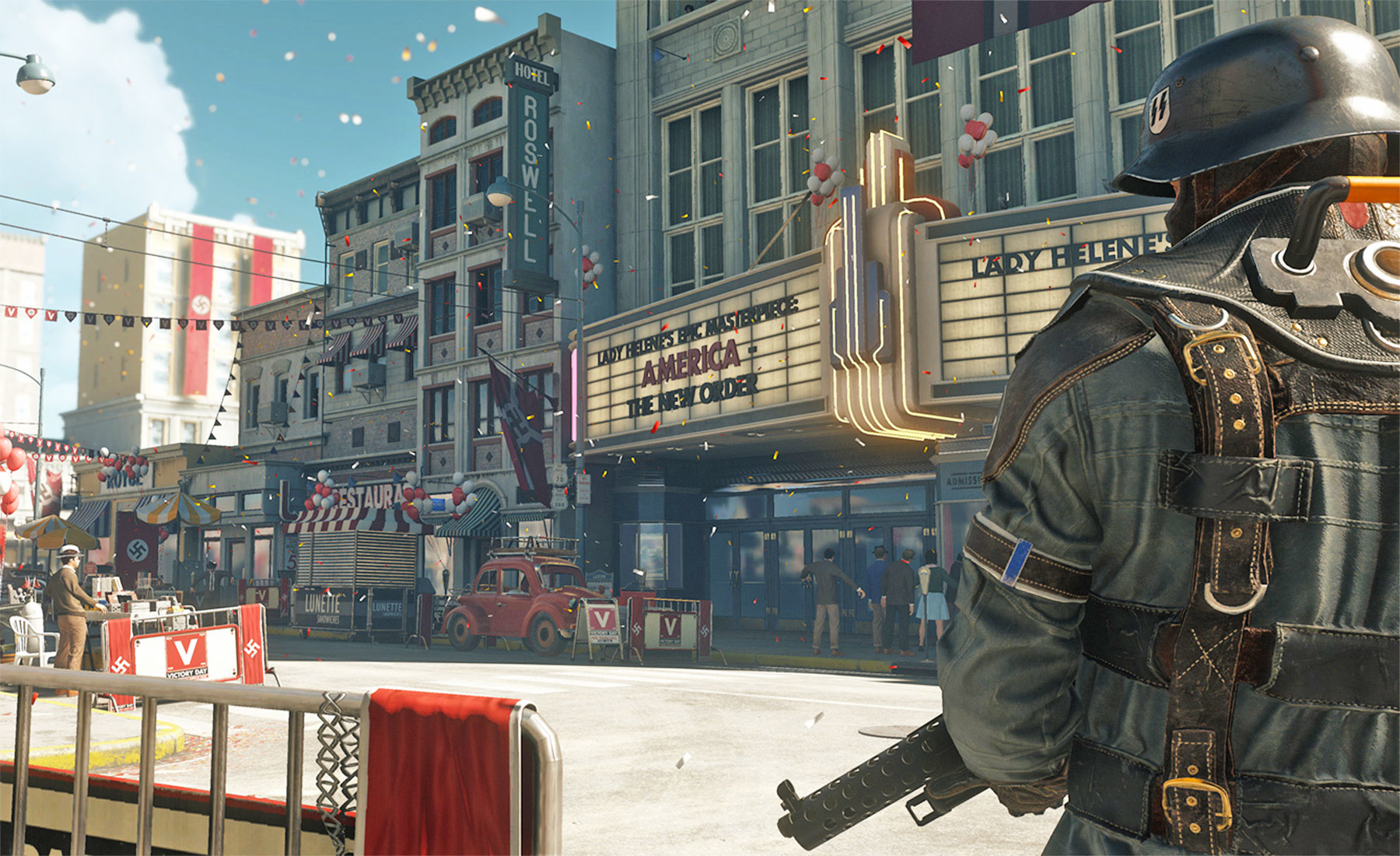 ﻿We take America back from the Nazis in Wolfenstein II

When last we saw the mighty Captain William J. Blazkowicz, well, he wasn’t looking quite so mighty. Sure, he managed to score a major victory in the battle against the postwar alt-history Nazi regime, but he was left more or less on death’s fickle doorstep. Our chisel-chinned hero is made of sterner stuff than that, though, and the fact that he’s back in action for Wolfenstein II: The New Colossus makes a convincing case for him being downright invincible. So, is developer MachineGames’ second time at war as potent as the first?

Let’s get this out of the way first: Wolfenstein II is insane. I’m not talking about the gameplay itself; it’s more or less a standard first-person shooter with some really intense set pieces and over-the-top firefights. But when it comes to the narrative, MachineGames took some serious risks, and it’s safe to say they all paid off in this memorable sequel. I won’t go into specifics because that would spoil half the fun, but you should definitely expect the unexpected as you gun your way through the story.

Once again, the portrayal of BJ and his team is top notch all around. They do a fantastic job of humanizing what is otherwise ostensibly an unstoppable Nazi-killing war machine. BJ has plenty of tender moments throughout, both with his love interest and soon-to-be mother of his children, Anya, and in a handful of harrowing flashbacks to his youth. MachineGames didn’t pull any punches when putting this one together, which is impressive considering how lazy you could get away with being while developing something like Wolfenstein. 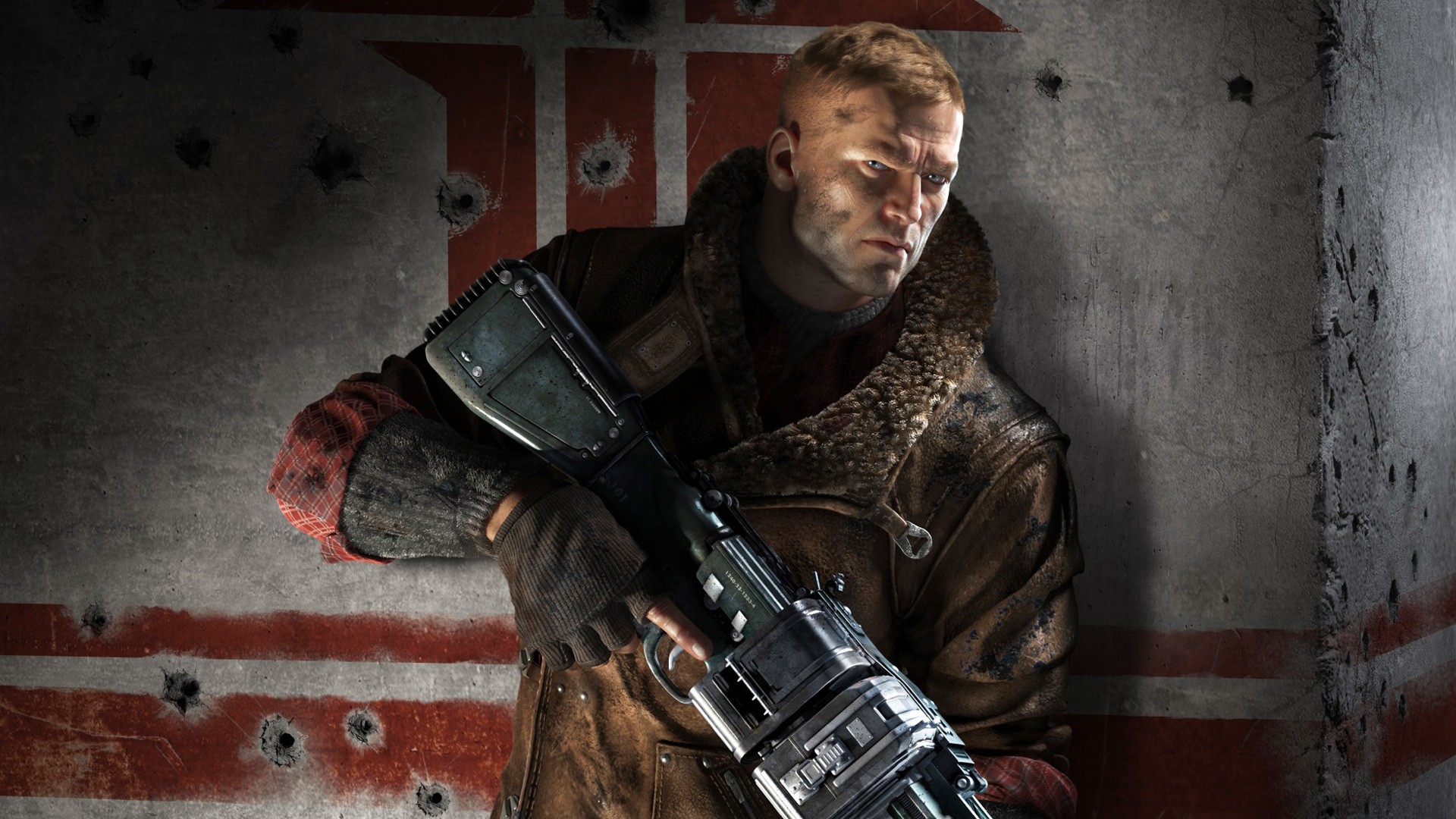 They deftly avoid those all-too-tempting pitfalls, skipping the low-hanging fruit and fleshing out a truly loathable villain in the process. You might think Nazis are already loathsome enough on their own, but there aren’t many fictional examples that can boast the seething hatred you’re likely to have for Frau Engel by the time the endgame approaches. Her admirably obscene villainy is bolstered with the help of plenty of formidable enemies, from your standard heavy gunners to colossal diesel-powered robots and relentless Nazi defense systems. The violence that ensues around every corner is consistently gruesome, especially when BJ pulls off one of many up-close-and-personal stealth kills.

As quick as I was to call BJ “downright invincible,” the opening hours of Wolfenstein II will have you thinking otherwise. Our crippled hero has seen better days, and his current state is reflected in his ability to take punishment. In short: You’re going to die a lot in the first half of the game. You’ll die plenty in the second, but the beginning is particularly brutal. Stuck at half health for the majority of it, you’ll find just a few flurries of bullets to be enough to send you to the continue screen. The moment you find yourself surrounded by enemies, you’re probably better off just pausing and loading your most recent save before they do it for you.

To make matters worse, Wolfenstein II has its fair share of open, maze-like environments. You won’t have any issues getting lost, but you will have trouble figuring out who the hell is shooting you in certain situations. By the time you figure it out you’re already dead, so it’s usually best to play with caution. It almost seems to go against the nature of this type of shooter, but stealth is a legitimate option, and taking your time in each area will let you get the drop on Commanders before they can call in the limitless reinforcements. 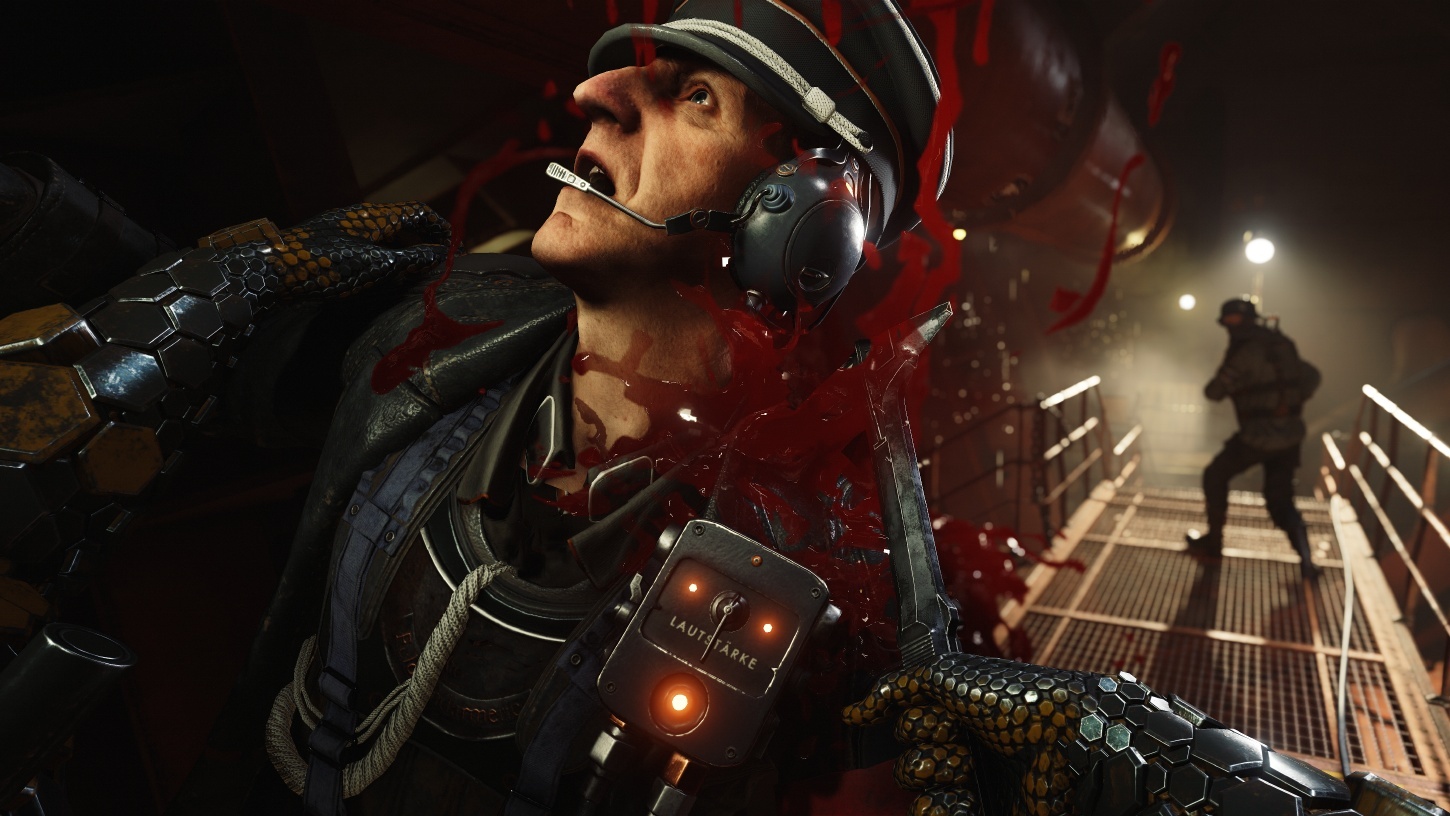 Just like the first game, the Commander-killing mechanic plays a major role in the game’s flow. If you go in guns blazing, you’ll simply make matters much more difficult, so it pays to creep your way to the Commander first and then take out all the remaining soldiers, dogs, and machines. I continue to have mixed feelings about this system. On one hand, it’s a reasonable method of mixing up the action and presenting the player with more challenging, almost puzzle-like scenarios. Can you make it to a Commander without being seen? It’s satisfying when you manage to do so time and time again, but I also tend to let out an audible sigh whenever I see the Commander signal icons pop up on the screen.

Weapon balance is another positive here, even if I spent most of the game hammering away with my trusty Sturmgewehr. You can also dual-wield most weapons, and finding upgrade kits will make some of the later battles a little more trivial than they were meant to be. Even with the best weapons available, though, The New Colossus provides just as much challenge as the first game and the DLC that followed. This challenge may come off as a roadblock at the beginning, especially for those who aren’t very experienced with shooters, but you can turn the difficulty down at any time. Oh, and protip: you can save anywhere at any time.

The year 2017 was really good for video games in general, and Wolfenstein II: The New Colossus proved to be another bright spot, both for the series and for games as a whole. If you haven’t played the previous games—Wolfenstein: The New Order and its prequel DLC, Wolfenstein: The Old Blood—you owe it to yourself to dive into those first. As far as alternate timeline action goes, this is up there with the best.