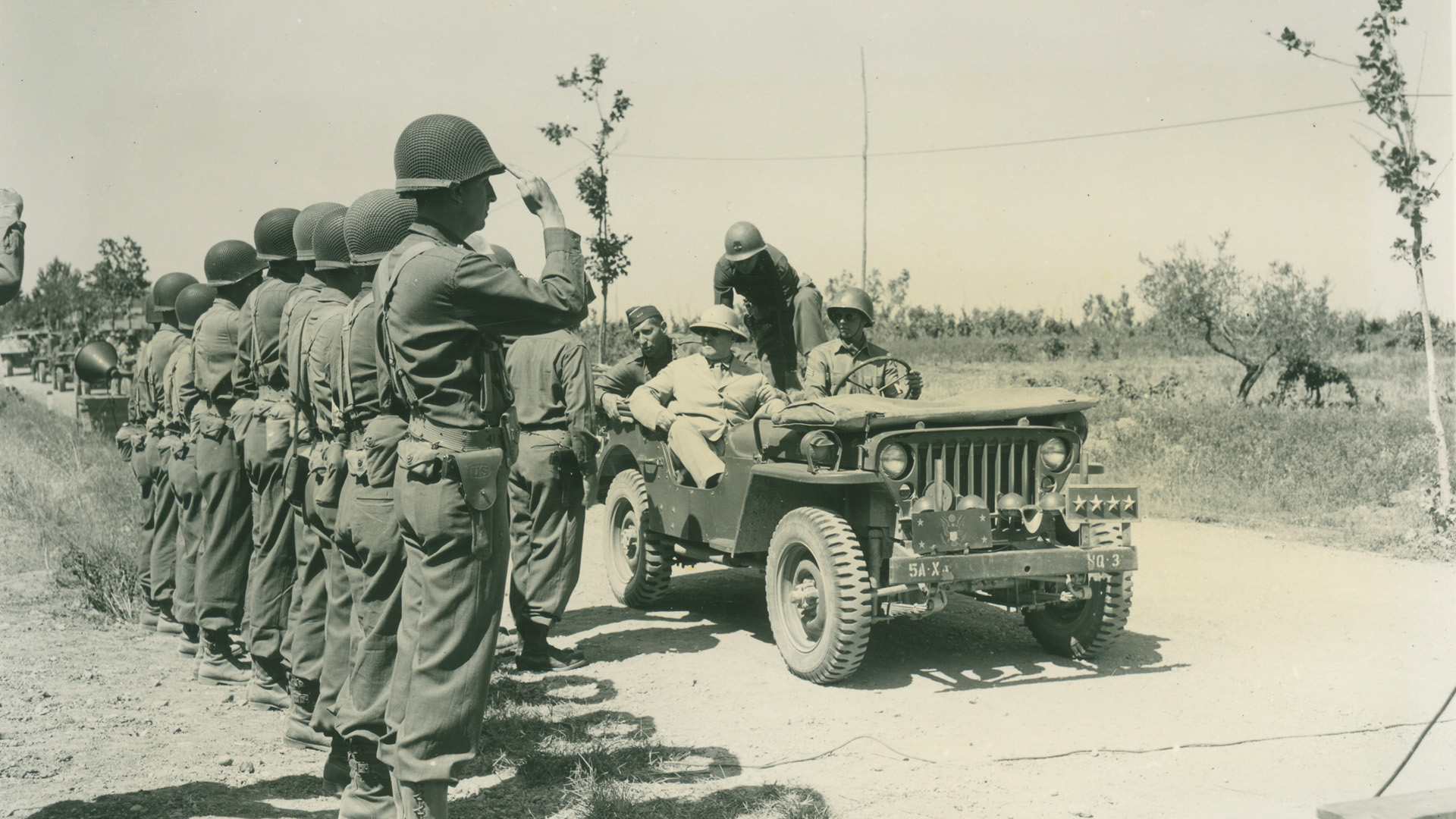 This article appears in: April 2018

The inexperienced U.S. Army matured rapidly during the fighting in North Africa. There was no other choice. Its British allies had been immersed in World War II since 1939 and gained a hardened edge. Its German adversaries were veteran troops of the vaunted Afrika Korps.

The Americans had landed on the African continent during Operation Torch on November 8, 1942. Three months later, their nose had been bloodied at Kasserine Pass. Adding insult to injury was the haughtiness of the British, who considered the Americans inferior and sometimes even referred to them as “Our Italians.” Friction, finger pointing, and outright hostility were rife among the Allies by the spring of 1943, and the performance of the U.S. 34th Infantry Division during an advance against the pass at Fondouk compounded those issues. The 34th was commanded by Maj. Gen. Charles W. Ryder, while his immediate corps commander was British Lt. Gen. John Crocker.

Ryder protested Crocker’s insistence that Fondouk should be taken by frontal assault but obeyed the direct order to launch the effort. The result was a bloody failure. Crocker blamed Ryder and American inferiority, ordering the 34th Division out of the line and to a rear area for further training. Ryder was enraged. The assertion was clear—a smirch on the reputation of the 34th Division and the U.S. Army as a whole. Ryder appealed to the American II Corps commander, Lt. Gen. George S. Patton, Jr., and to II Corps deputy commander, Maj. Gen. Omar Bradley, a friend who graduated with Ryder in the famed West Point Class of 1915, the “Class the Stars Fell On,” from which 59 members achieved general rank during their careers. The class also included Mediterranean Theater Commander General Dwight D. Eisenhower.

Both Patton and Bradley howled their disapproval of Crocker’s decision and appealed to British Field Marshal Sir Harold Alexander, chief of Allied Middle East Command. “There was little indication that Ike cared,” wrote Bradley, “so Patton and I undertook to avert what surely would have been the destruction of the division and the professional ruin of Doc Ryder, a valuable tactician.”

Ryder was no coward. He had been seriously wounded during World War I and continued his career with a damaged heart. During the Great War he had received two Distinguished Service Crosses and a Silver Star for bravery, along with the Purple Heart for the wound. Bradley had skin in the game when he backed Ryder and the 34th Division during the subsequent drive to Bizerte in April 1943. Alexander agreed to give Bradley the division and allow the Americans to find redemption, shaking off the stigma of failure that often dogs an army that has been ill served or known little combat.

That redemption came at Hill 609 at the end of April. “Get me that hill,” Bradley said bluntly. Named for its height in meters, Hill 609 was a rugged promontory that the Germans had festooned with artillery that regularly raked American troops trying to advance. The 34th Division was no different. A day of hard fighting resulted in limited gains. The fight dragged on, but the Americans were relentless. Finally, on April 30, supported by their own artillery and 17 Sherman tanks, Ryder’s command claimed the summit of Hill 609. Subsequently, the 34th Division held its ground against German counterattacks for another full day.

“I was immensely pleased with this victory at Hill 609,” wrote Bradley. “I was pleased, too, for Doc Ryder’s 34th Division. As I had expected the victory restored self-confidence to the division, and no one ever again would question its courage. In fact, it went on to become one of the finest infantry outfits of World War II.”

Seventy-five years ago, Maj. Gen. Charles W. Ryder and the 34th Infantry Division carried the honor of their unit, their army, and their country across an embattled stretch of Tunisian desert and up Hill 609—and won!