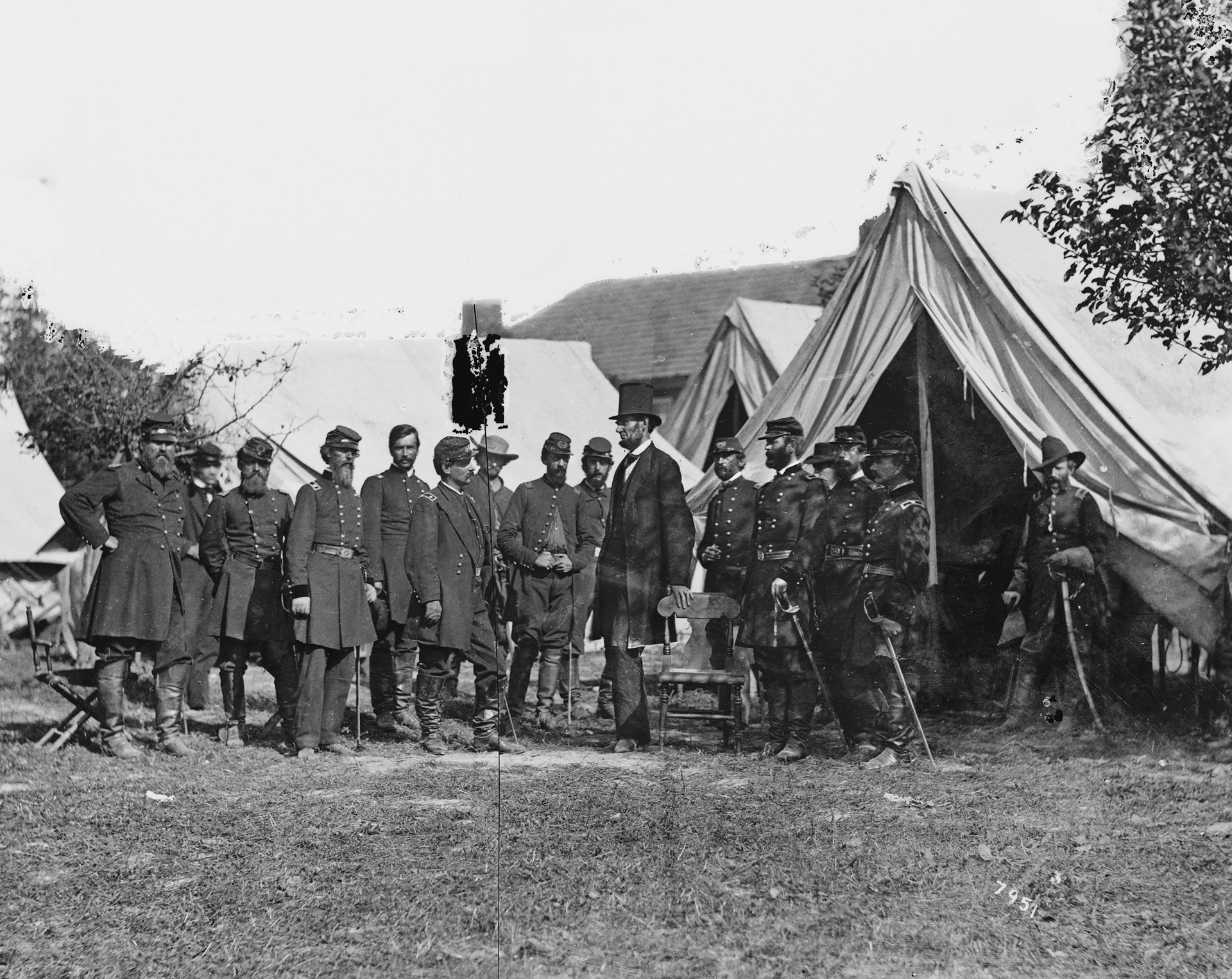 Photographing the Battle of Antietam

Some raw, others heartfelt, the photographs Mathew Brady and his team took at the Battle of Antietam set milestones for battlefield photography.

Two days after the unparalleled bloodletting at the Battle of Antietam, a bushybearded Scottish photographer and his pudgy, clean-shaven assistant rolled onto the battlefield with their bulky stereoscopic cameras and portable darkroom. Forty-year-old Alexander Gardner and James F. Gibson were part of Mathew Brady’s team of field photographers.

To this point in the war, the photographers had mainly snapped pictures of generals, cannons, tents, bridges, houses, wagons, rivers, creeks and horses. It was almost like a giant summer camp. After Gardner and Gibson had finished taking 70 photographs at Antietam, no one would ever make that mistake again.

The photographers spent their first two days at Antietam photographing the Confederate dead, many of whom belonged to Brig. Gen. William Starke’s Louisiana Brigade, known as the Tigers. Wherever they turned, the photographers found scenes of horrific slaughter, as exhausted members of the burial parties were hard-pressed to keep up with the demands of their terrible task. The weather, warm and sunny, did nothing to help. The broiling sun hastened the decomposition of the swelling, fly-covered bodies, making the job of retrieval and burial even more repulsive. Meanwhile, thousands of wounded soldiers suffered in makeshift field hospitals, often within yards of the bloated dead.

Inside “Photographing Antietam,” Roy Morris Jr.’s striking feature in this issue’s Civil War Quarterly, you’ll see the incredible photos taken by Mattew Brady and his team. Some raw, others heartfelt, they set milestones for battlefield photography.

But of course, there are many more features you’ll find inside this edition of the Quarterly:

“Across the Bloody Cornfield”
America’s bloodiest day began with heavy fighting that ravaged a previously innocuous cornfield in western Maryland. It was a misleadingly bucolic place for such a slaughter.

“Morgan’s Ohio Raid”
For three weeks in July 1863, Brig. Gen. John Hunt Morgan’s Confederate cavalry raided across southern Indiana and Ohio, destroying railroads, bridges, and thousands of dollars worth of private property. It was the longest cavalry raid of the Civil War.

“A Short History of American Slavery”
For nearly two centuries, the “peculiar institution” of slavery dominated Southern social and economic life in America, infecting the nation’s politics with an unresolvable moral conflict that led finally to civil war.

“Simply a Butchery”
Ulysses S. Grant would later admit that Cold Harbor was the one battle he “would not fight over again.” Many Federal soldiers who survived the slaughter that early June day would likely agree. The dead had no recorded opinions on the matter.

“High Seas Duel”
On June 19, 1864, the fabled CSS Alabama sailed out of the harbor in Cherbourg, France, to confront the USS Kearsarge, which was blockading the port. It would be the greatest high seas duel of the Civil War.

“The Crime at Pickett’s Mill”
Angry and embarrassed by the recent setback at New Hope Church, Union General William T. Sherman ordered an ill-advised attack on entrenched Confederate positions at Pickett’s Mill. It was a recipe for disaster.

As always, please let us know what you think about these and other stories by posting a comment or two. And if you’re anxious to read the newest edition, you can always get an immediate copy on our digital newsstand.