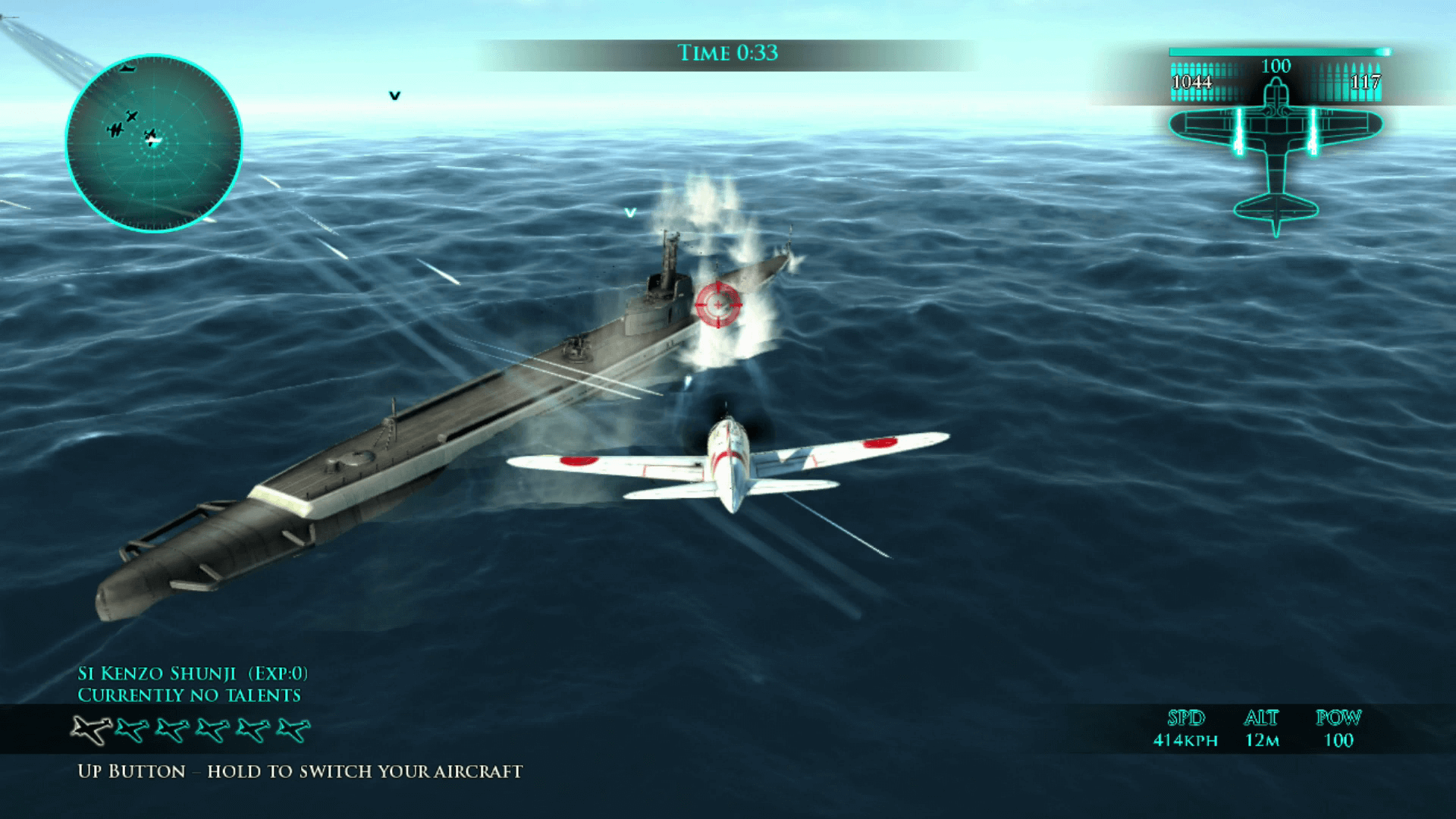 The Air Conflicts series of dogfighters has been buzzing around since 2006 and has inspired a number of sequels and spinoffs since its initial debut. Two of those are 2011’s Air Conflicts: Secret Wars and 2012’s Air Conflicts: Pacific Carriers, and both recently made their way to Nintendo Switch to fill in a much-needed gap in the system’s genre coverage. While they can be purchased separately, fans of air combat who are familiar with what this series has to offer will want to look into the Air Conflicts Collection, which takes them both and gives them a new lease on life both physically and digitally. The fact that there isn’t a groundbreaking upgrade to go with it is disappointing, but those looking for a way to play these aging games on Switch now have a convenient solution at their fingertips.

For the uninitiated, Air Conflicts: Secret Wars offers up relatively light arcade flight simulation set in both World War I and World War II. There are seven campaigns in total, packed with 49 missions with varying objectives and aircraft options, and there are also a handful of local and online multiplayer modes to choose from. No matter which mode you end up spending the most time with, you’ll be able to go with either arcade-style or more simulation-like controls, and it’s ultimately going to come down to how much work you like to put into your time spent in the skies. I never quite found simulation controls worth the extra effort, but your mileage will most certainly vary. 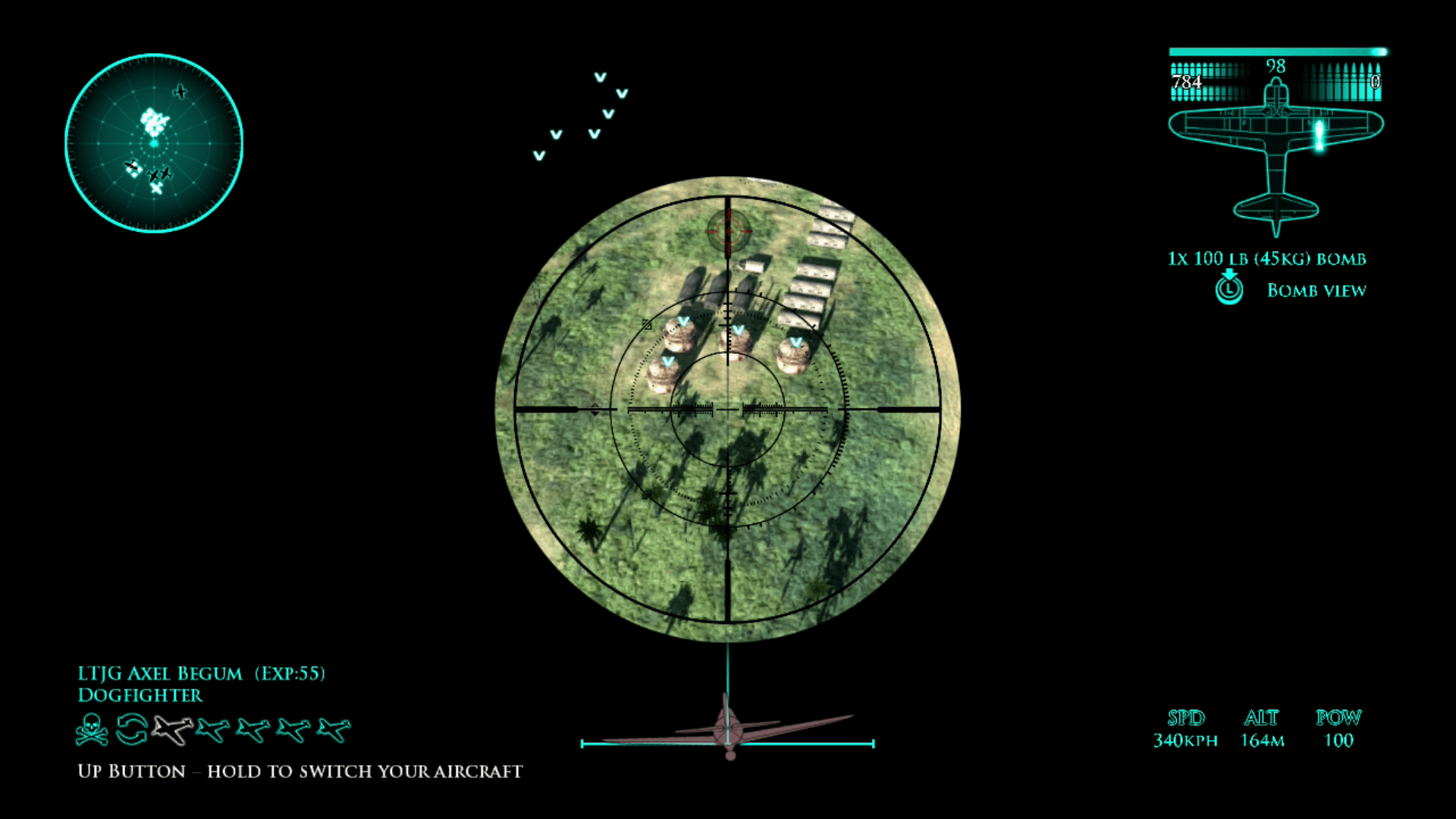 As the title suggests, Air Conflicts: Pacific Carriers is all about famous battles of the War in the Pacific. Players can choose between the U.S. Navy or the Imperial Japanese Navy, and the narrative is more tightly focused on the massive warships at the heart of the conflict and the captains behind them. Outside of the subject matter, the main difference between the two games in this collection is the structure of the missions themselves. The majority of the action in Secret Wars falls at your feet, so you’ll need to survive through standard dogfighting, nighttime stealth missions, and other deadly scenarios without much in the way of assistance. This can occasionally lead to frustration, especially if you end up reloading checkpoints constantly, or if you just prefer a more free and open style of air combat mission.

You’ll find much more of the latter in Pacific Carriers, which centers more on squad-based combat. The Pacific setting likely has a lot to do with this, but the brighter visuals alone make this the more appealing of the two games in the Air Conflicts Collection. The presentation of the story in both is fairly straightforward, even with the comic book-style narrative applied to Secret Wars. Brief cinematics offer up just enough motivation and context to keep you going through the missions that follow, and early tutorials do a decent job of introducing the UI and preparing you for some of the tougher challenges to come. 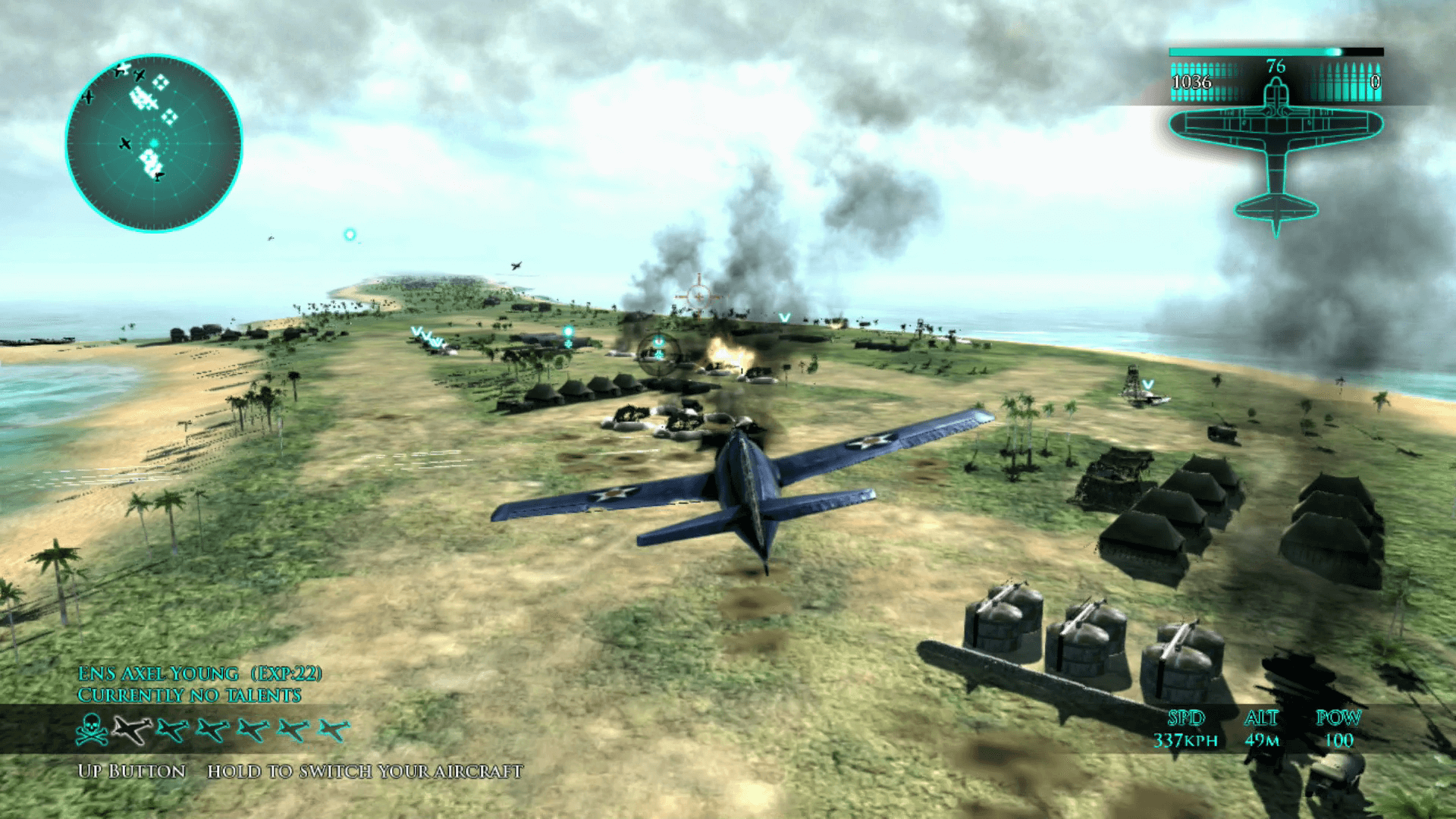 If anything, the main drawback of this collection is the lasting effect of putting these two games directly side by side. When compared to the superior Pacific Carriers, Secret Wars looks downright tattered at times. There’s some good to be said about each entry in the series, though. Anyone starving for flight combat on Switch will find this to be a serviceable snack, but it’s not something I would recommend to those just coming to the genre looking to be summarily wowed.