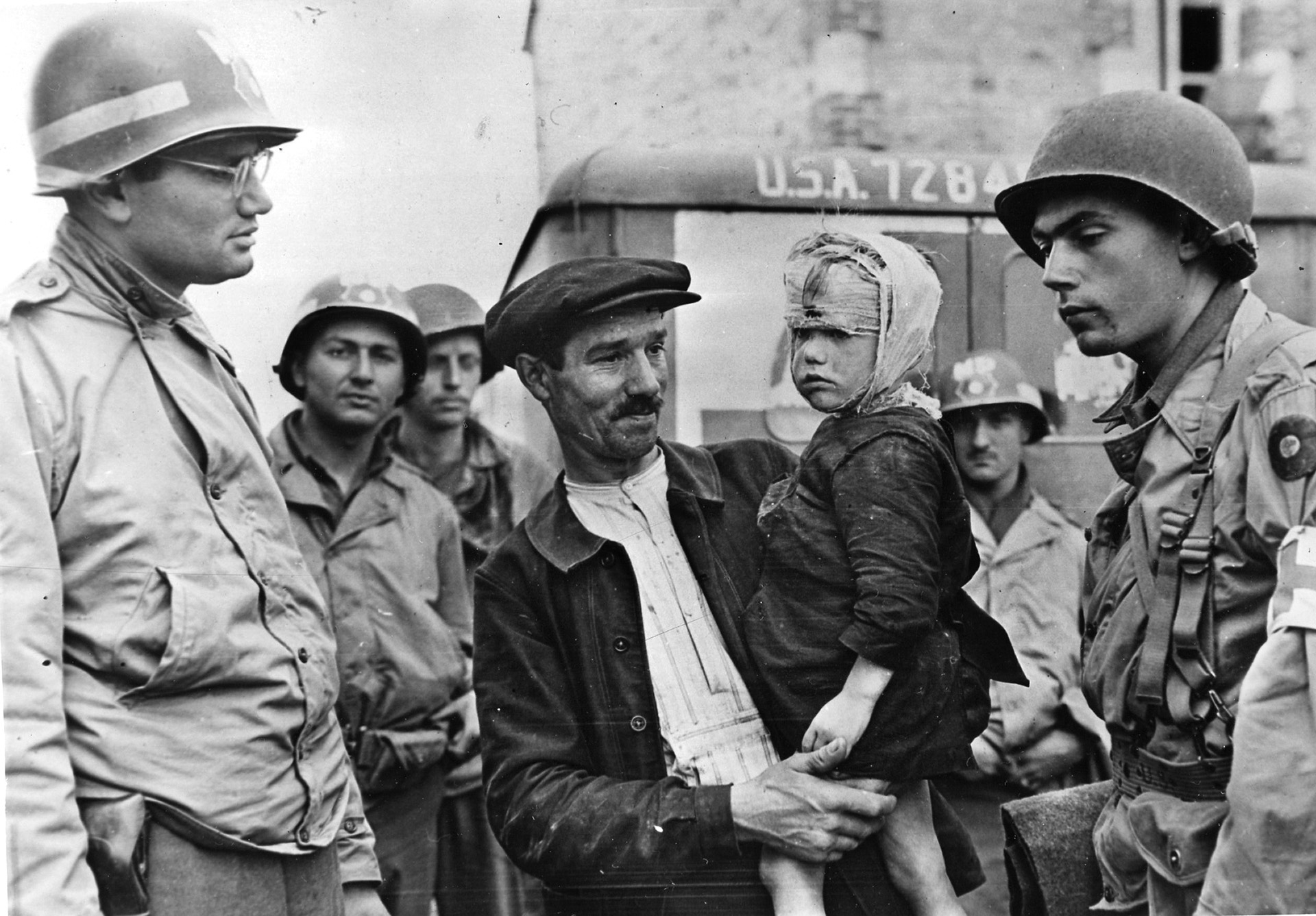 War spared no one. As modern armies clashed in France’s Normandy countryside, French civilians found themselves in the crossfire or on the receiving end of bombs and heavy weapons. American medics, and sometimes just frontline soldiers, took time from their official duties to check, bandage, and cure whoever they could. Many suffered from maladies related to living in the elements to escape aerial artillery bombardment.

The Ninth U.S. Air Force set up a civilian dispensary for locals who had been without medical care for more than four years. The occupying German forces had refused to treat civilians or allow doctors into Normandy.

Of particular interest were children, truly innocent victims of war. The sight of a child in pain stopped GIs in their tracks, and the liberation of France suddenly became a personal mission. To the children, American soldiers were heroes and saviors. They would never forget the men and women who saved them. The feeling was mutual.