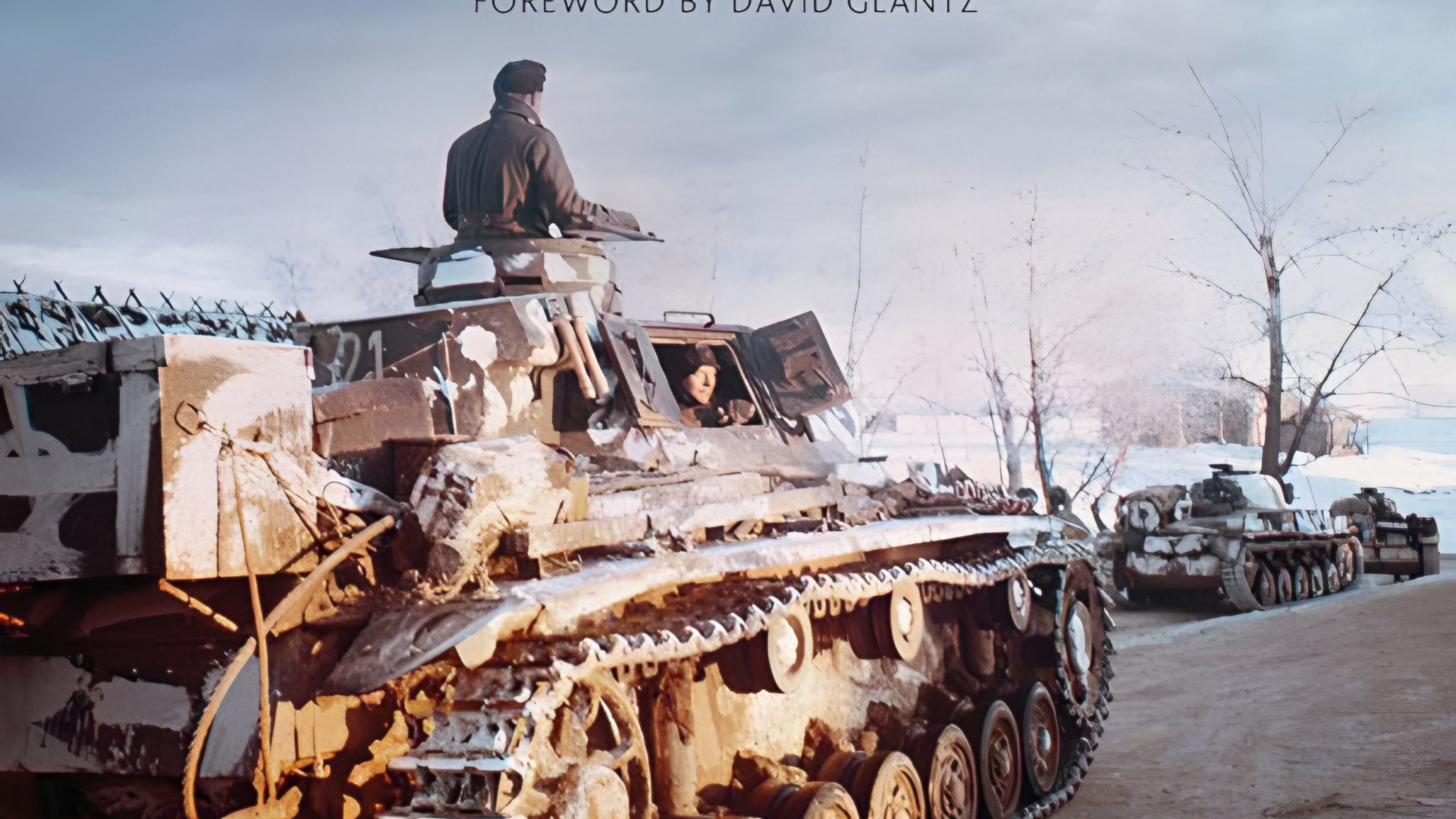 Life and Death on the Eastern Front: Rare Colour Photographs from the Second World War 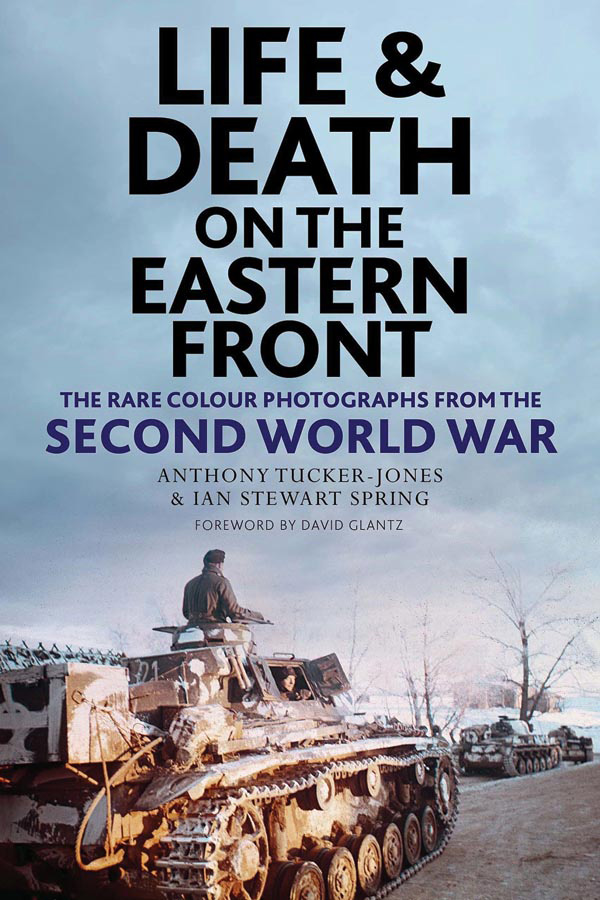 A trio of Soviet T-26 light tanks sit isolated in a field, green grass reaching the tops of their tracks. There are no track marks behind the tanks; they have been sitting there for some time. Their scorched hulls are brown and black, with bits of equipment scattered around their hulls, evidence of past looting. The three armored vehicles sit in a line near a set of farm buildings, hinting they might have been knocked out within seconds of each other. The center tank has a horseshoe shaped antenna around the turret, indicating it belonged to a platoon or company commander; the rest of the tanks would have made do with signal flags. The T-26 was obsolete even in 1941, but the Soviets had so many there was no choice but to throw them at the Nazi invaders. Many of the crews paid with their lives for this desperation, while others marched into captivity.

The photograph described above is one of hundreds of full-color images in this new book. The authors combed through a collection of 32,000 color pictures taken between 1938 and 1946 to find these illustrations of the Eastern Front. It is uncommon in the Western world to see color photographs of the war between Germany and the Soviet Union, and the ones in this book are well-organized and chosen.