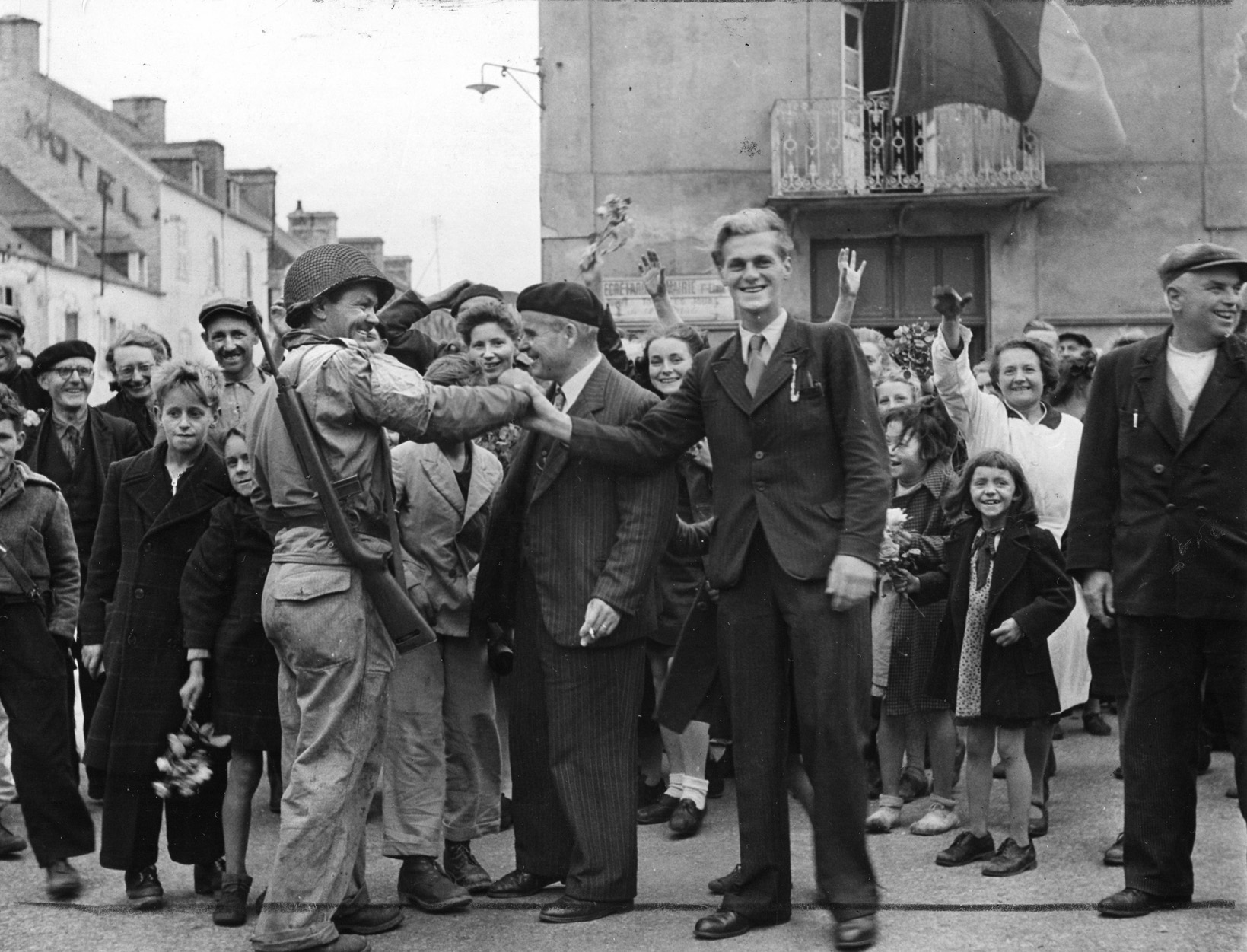 This article appears in: December 2014

The Germans were gone. After more than four years of occupation, the soldiers of the Wehrmacht had been evicted from France’s Normandy region by the American and British armies. Now, as the Americans pushed south through the small towns and hedgerows, the local citizens emerged from their hiding places to cheer their liberators. They tossed flowers, waved flags, and—most importantly—poured wine.

Each liberation day was a glorious experience for every French citizen, one they would never forget. The enemy who stole their food, enforced curfews, rounded up dissidents, and denied them their freedom had been forced out and replaced by Americans, who shared their food, brought back French rule and befriended the residents they encountered. “Vive les Américains!”