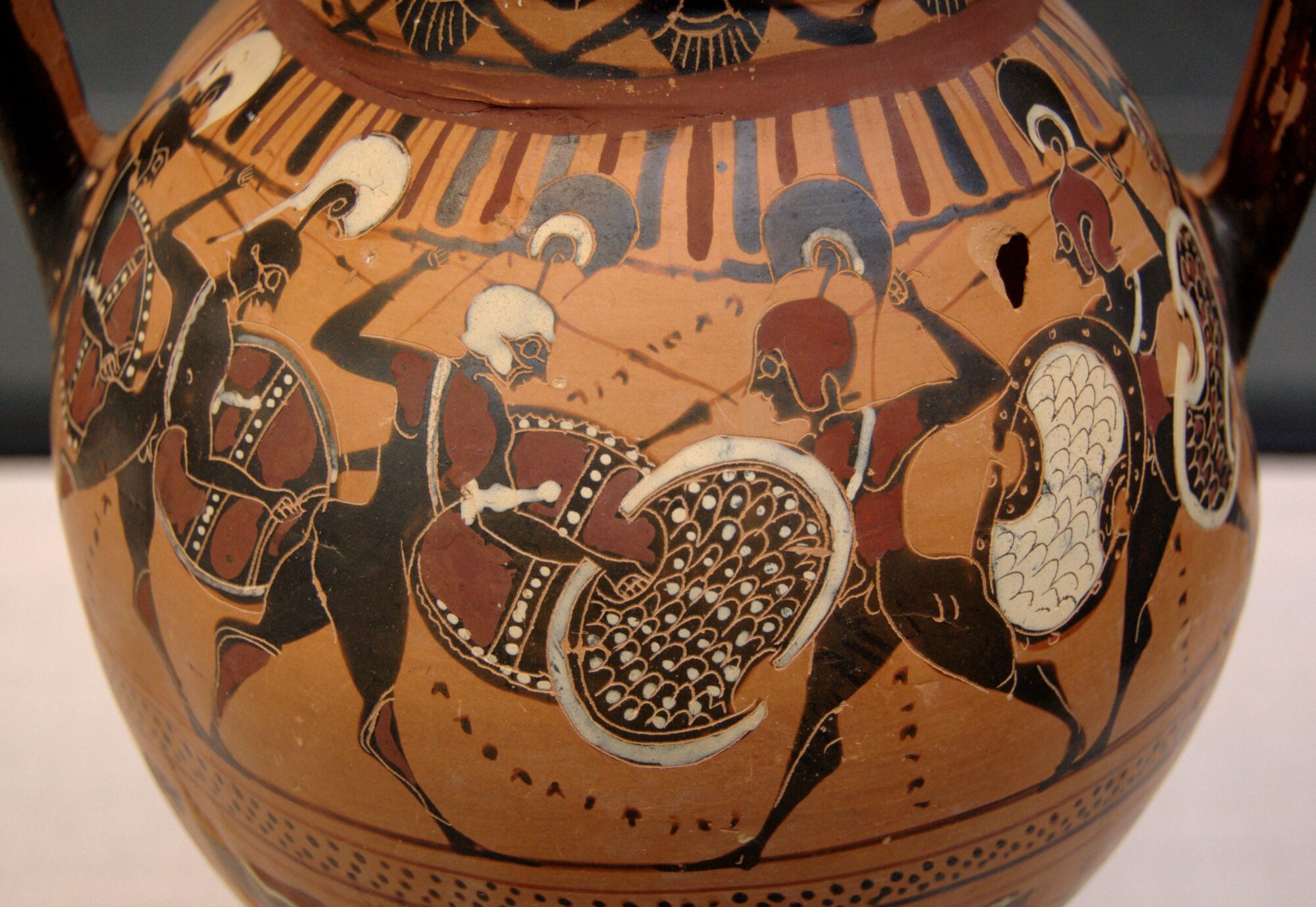 The Greek hoplite was a heavily armored infantryman who fought in a phalanx formation. The typical formation was eight ranks deep, although some city-states fought with much deeper ranks. The hoplite was the most common type of infantry soldier in Ancient Greece from the late 8th century B.C. to the 4th century B.C.

When deployed in a compact phalanx formation, the shield on the left arm of one hoplite protected the right side of the hoplite next to him. A hoplite phalanx advanced into battle at a fast walk. Once in contact with the enemy, they stabbed with their spears from behind the shield wall.

The density and weight of the hoplite phalanx formation enabled Greek armies to defeat the Persians at Marathon and Plataea during the Greco-Persian Wars during the 5th century B.C. It also allowed the Spartans to hold the pass at Thermopylae long enough to buy valuable time for other city-states to mobilize to meet the Persian threat.

Helmet: A leather-lined bronze helmet protected the head, neck, and face. The helmet was often crested to make the wearer seem taller than he was and appear imposing in battle. The front of the helmet often featured an engraved city-state design.

Shield: The circular shield (hoplon) was 30 inches in diameter and was capable of deflecting spear or sword thrusts in battle. The shield, which often had an engraved design on its front, was made of either wood or stiff leather on the inside and bronze on the outside. The hoplite placed his arm through a central band and gripped the shield with a strap.

Spear: A hoplite’s principal offensive weapon was his eight-foot-long spear (doru). It was made of ash wood and fitted with a leaf-shaped bronze or iron blade. The hoplite used his spear for thrusting, not throwing.

Sword: The 24-inch straight sword (xiphos) was made of iron and worn in a sheath on a belt. Some types of swords (machaira and kopis), though, were curved. Some hoplites also carried daggers (encheiridion).

Armor: Body armor consisted of a breastplate (thorax), which protected the upper body, and greaves (knemides) that protected the shins. The breastplate was made either of bronze or leather, while the greaves were made solely of bronze.