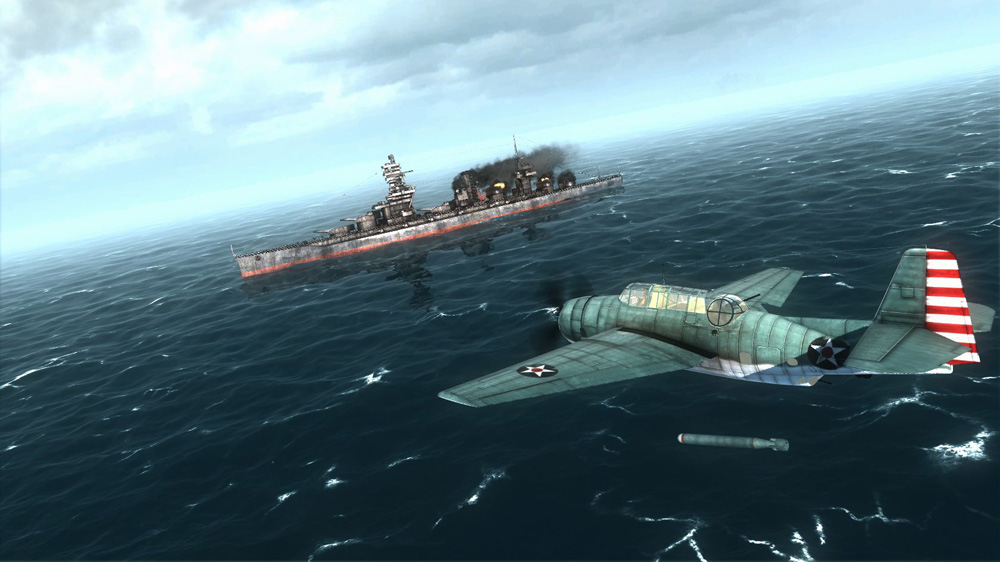 This article appears in: February 2016

If Air Conflicts: Pacific Carriers sounds familiar, that’s because it was originally released for PlayStation 3, Xbox 360, and PC back in December 2012. Now, three years later, it’s finally available on PlayStation 4, and while the core game is intact, some of its problems are more glaring than ever on the new platform.

Air Conflicts offers up four campaigns, with players able to take on missions both as the American and the Japanese forces, from the surprise attack on Pearl Harbor and beyond. Straightforward training missions make way for a variety of sorties, some mandatory and some optional, and the shooting remains mostly satisfying throughout. If you’re more of an arcade-style player (such as myself), you’ll find plenty of helpful guides to make taking down enemy aircraft a breeze. Rather than figuring out the exact trajectory and how far ahead of a plane you need to aim on your own, you can simply aim for the handy target leading the enemy fighter’s nose to light them up and swiftly knock them out of the sky. 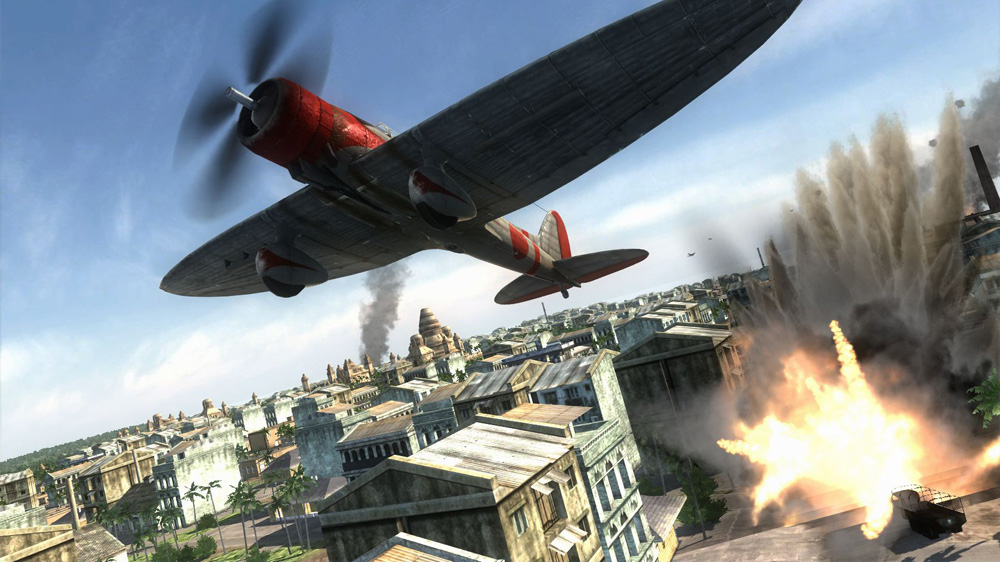 Things get a little more dodgy when it comes time to go on bombing or torpedo runs. Bombing isn’t as satisfying as it should be, especially considering how large of a role it plays in the overall experience. Dropping torpedoes on enemy vessels is finicky on a whole other level, though, and even after going through training it’s not very clear just how low and straight is low and straight enough to successfully deploy munitions. It’s a shame because the rest of Air Conflicts: Pacific Carriers controls well and looks decent enough, even if its origin as a 2012 dogfighter is visually apparent. I actually think this one will be more fun for folks who want to go the sim route and play with more realistic options, because the pure arcade satisfaction doesn’t linger for too long. If you’re hard up for World War II aerial combat on PS4, which is understandable, then Air Conflicts is worth taking for a spin. Just be aware of the rough edges that make it tough to stay in the skies for any extended period of time.