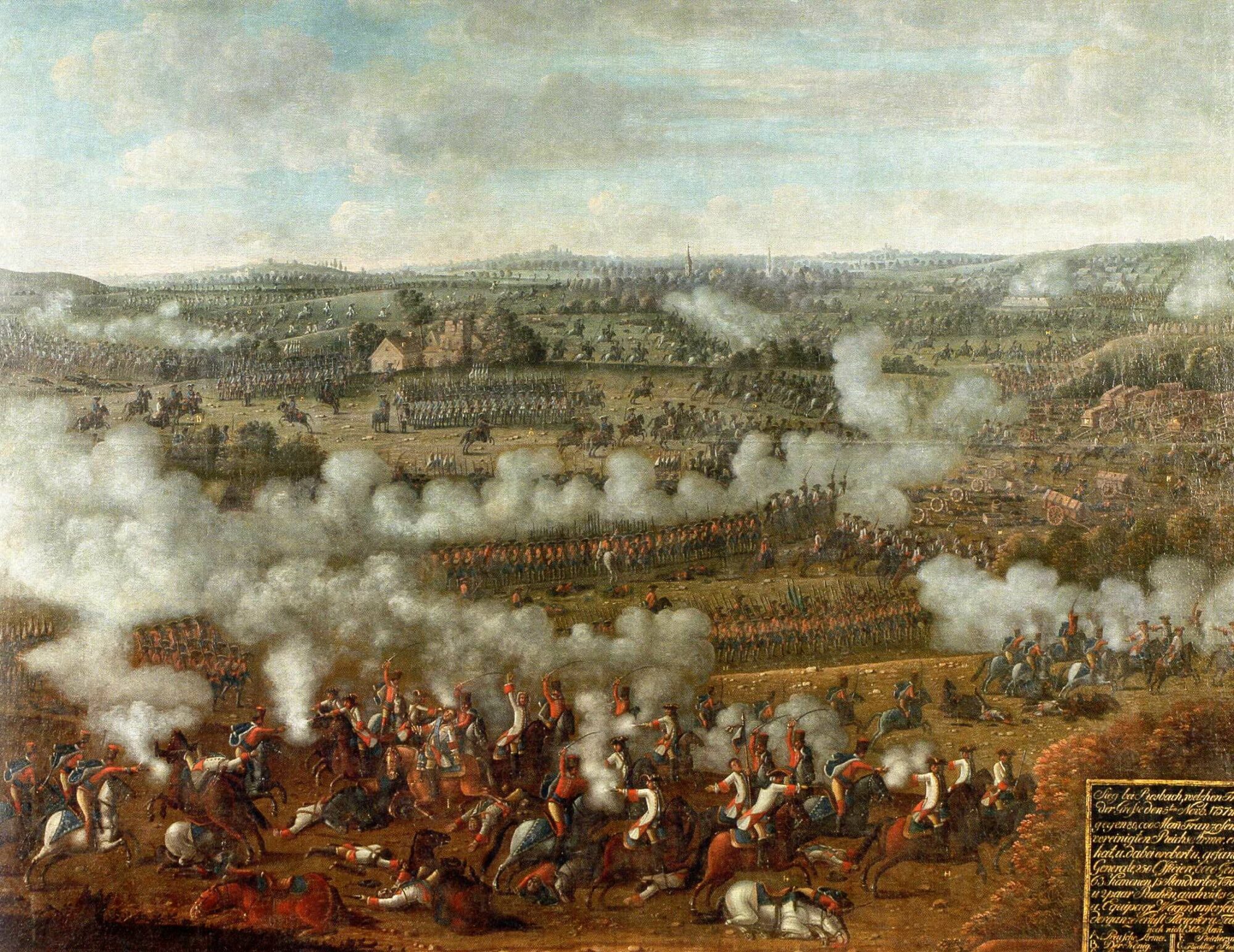 Frederick the Great’s Recipe for Success

Prussian King Frederick II “The Great” inherited from his father an army ready for war. Frederick William I had entrusted the training of his infantry to Prince Leopold of Anhalt-Dessau. Leopold molded and refined Prussia’s standing army into a force capable of meeting other great European powers on the field of battle. The “Old Dessauer” crafted an infantry force capable of precision maneuvers. A stunning achievement was the Prussian soldier’s ability to get off five shots per minute in comparison to the two or three shots per minute typical of other armies.

In the early 1730s, young Frederick became the protégé of Prince Eugene of Savoy during the Polish War of Succession. Eugene was past his prime, but Frederick nevertheless saw how a great captain led an army in the field. Eugene saw great promise in Frederick. “Everything about you convinces me that you will one day become a great military leader,” Eugene said.

He was right, of course. Over the course of more than two decades of warfare, Frederick would transform Prussia from a second-rate power to a first-rate power in European politics. Some of Frederick’s victories would be marginal and others decisive; some would be at small cost and others at great cost.

When Frederick’s father died in 1740, Frederick had the men and the money to wage war with neighbors. Of course, he faced his share of challenges. He needed to increase the size of the army he inherited, and he needed to address its deficiencies in light troops and artillery. He addressed many of these between the conclusion of the War of the Austrian Succession and the beginning of the Seven Years War.

Chief among his innate gifts was the ability to read terrain and know how to use it to his advantage. Other attributes were his boldness, daring, and willingness to take risks. By embracing risk he ultimately won victories that enabled him to expand Prussia’s borders.

Frederick had no interest in defensive warfare. He sought to achieve victory quickly through offensive action. One of his hallmarks was the swift strike with overwhelming force. By this method he sought to disorder his enemy on the battlefield.

Frederick cared little for his appearance or the trappings of supreme command. He wore the uniform of a subaltern and made sure that his officers wore similar nondescript uniforms and remained humble. This fostered a sense of common purpose. He showed his troops that he was willing to share their hardships, and he looked out for their needs, seeing to it that they were well fed. Having laid a firm foundation, he was able to inspire his men to great feats.

His greatest victories occurred a month apart in 1757, at Rossbach on November 5 and Leuthen on December 5. In both matchups he was heavily outnumbered, yet he won decisive victories that crippled the enemy and resulted in the capture of valuable war material. At Leuthen his troops executed the quintessential oblique attack.

His performance in the Seven Years War catapulted him to lasting fame, and in this issue we examine one of his famous battles in that conflict.