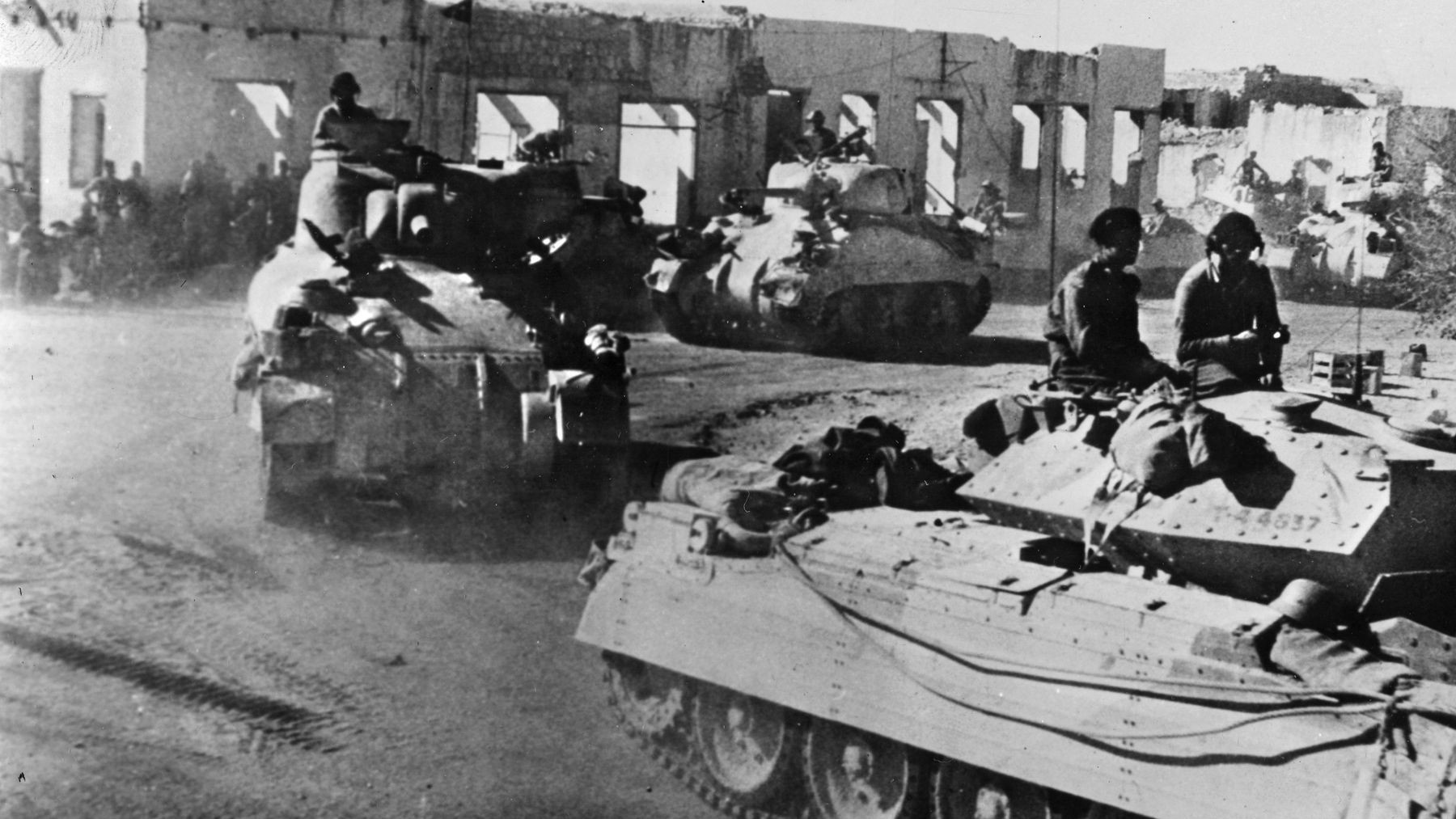 Photo Credit: A British Crusader tank and a pair of American-built Sherman tanks churn through the ruins of a town in North Africa. British General Frank Messervy commanded the British 1st Armoured Division from the front and risked capture on more than one occasion.

Frank Messervy evaded capture in more than one close call.

By Jon Diamond The style of leadership practiced in Britain’s Eighth Army during the early years of the Desert War left much to be desired. During this time, the majority of British field commanders preferred to exercise command far behind the lines. One factor causing this was the limitations on signals technology and communication equipment. Also, after the capture of Lt. Gen. Richard O’Connor, the architect of the spectacularly successful Operation Compass, the first major Allied milita