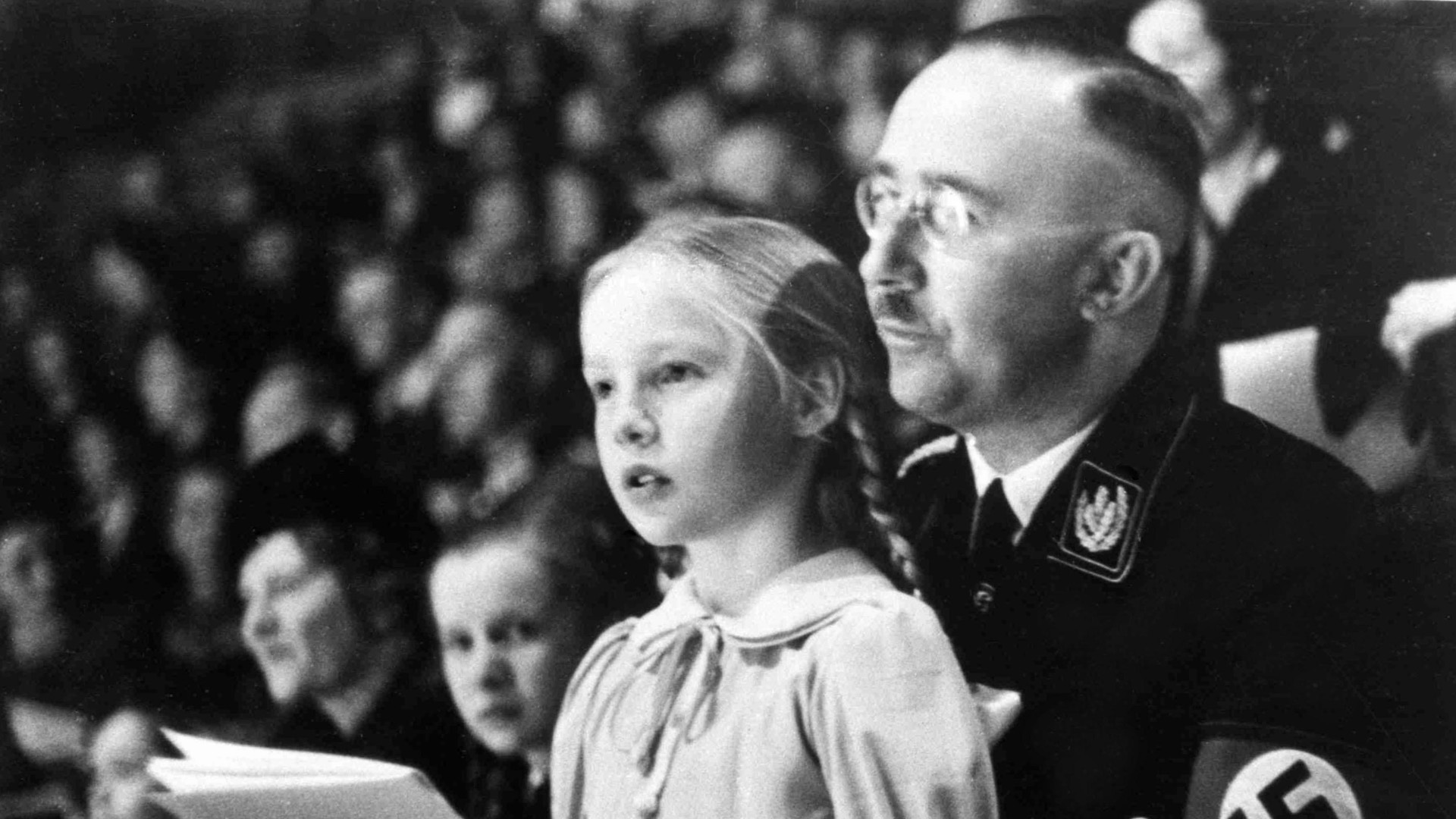 Death of a Nazi Princess

This article appears in: Spring 2019

It seems that every month there is a news item that relates to World War II. Here’s one you may have missed:

Gudrun Margarete Elfriede Emma Anna Himmler Burwitz, the true-believing daughter of Heinrich Himmler, head of the dreaded SS and one of Adolf Hitler’s closest henchmen, died in or near Munich last year.

When Gudrun was born in 1929, her father was consolidating power as leader of the elite Nazi paramilitary corps known as the SS.

Gudrun, who was Himmler’s oldest child and only legitimate daughter, was exceptionally devoted to her father. (Himmler and his wife Margarete later adopted a son, and he had two other children with his mistress, Hedwig Potthast.)

Throughout the 1930s and early 1940s, the bespectacled, meek-looking Himmler enjoyed having Gudrun at his side, as a blond, blue-eyed symbol of Aryan youth. She attended Christmas parties with Hitler, who fawned over her and gave her dolls and chocolates.

Although she had visited a concentration camp as a 12-year-old child, she steadfastly denied the existence of the Holocaust. Gudrun recalled the visit in her diary: “Today we went to the SS concentration camp at Dachau. We saw everything we could. We saw the gardening work. We saw the pear trees. We saw all the pictures painted by the prisoners. Marvelous. And afterward we had a lot to eat. It was very nice.”

As the Third Reich was collapsing in May 1945, 15-year-old Gudrun and her mother fled to northern Italy, where they were arrested by American troops and held by the Allies for four years.

Himmler, meanwhile, was seized by Russian forces on May 20, 1945, and transferred to British custody. Three days later, he committed suicide with a concealed cyanide capsule.

Burwitz, who was sometimes called a “Nazi princess” by supporters and detractors alike, remained unrepentantly loyal to her father to the end.

In 1961, using an assumed name, she joined the West German intelligence service as a secretary at the agency’s headquarters. She was dismissed in 1963 when authorities discovered her true identity.

In the late 1960s, she married Wulf-Dieter Burwitz, a writer who was active in a right-wing political group, and settled in a Munich suburb. They had two children.

In later years, Gudrun actively supported a group called Stille Hilfe, or Silent Help, that was formed after the war to help Nazi fugitives—such as Klaus Barbie and Anton Malloth—flee Germany, particularly to South America, and to support their families. The organization is closely linked to a number of outlawed neo-Nazi movements that contend the Holocaust never happened.

Another unrepentant Nazi gone; how many are left?