Timothy Webster, one of the country's greatest Civil War spies, met a hard but not uncommon end at the hands of his enemies.

This article appears in: Early Fall 2015

Spying is a dangerous game.

Even the best spies sometimes get caught, as Confederate raider John Yates Beall, “the Mosby of the Chesapeake,” learned the hard way in 1865, and the consequences are never pretty to contemplate. For crack Union double agent Timothy Webster, not even the personal intercession of Abraham Lincoln could prevent those consequences from taking place.

Webster, a transplanted Englishman, had learned the tricks of his trade as a New York City policeman and railroad detective. He won the gratitude of Lincoln and the respect of Lincoln’s spymaster, detective Allan Pinkerton, by infiltrating a group of Baltimore-based conspirators who were plotting to assassinate then president-elect Lincoln as he passed through the city en route to his inauguration. Duly warned by Webster, Pinkerton was able to safely spirit a disguised Lincoln into the capital ahead of his would-be assassins, thus averting a constitutional crisis at the very start of Lincoln’s term. 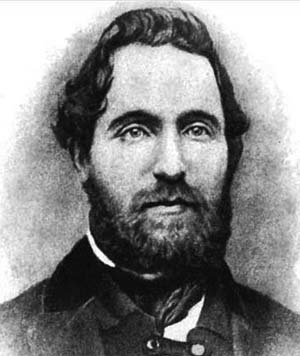 In May 1861, Maj. Gen. George McClellan, who had known Pinkerton from his days as a railroad president before the war, asked the detective to provide “observations made within rebel lines.” Pinkerton turned immediately to Webster, who traveled incognito to Memphis, where he made friend with Confederate officers and even received a guided tour of the city’s defenses. “He partook of soldiers’ fare in the rebel camp, shook hands warmly with raw recruits, joked and laughed with petty officers, became familiar with colonels and captains, and talked profoundly with brigadier generals,” Pinkerton gushed. “Webster’s talent in sustaining a role of this kind amounted to positive genius, and it was this that forced me to admire the man as sincerely as I prized his services.”

Dodging authorities, Webster traveled by train through Mississippi and Tennessee, pumping fellow passengers for information, then crossed Kentucky to Cincinnati, where he reported his findings to Pinkerton. Returning to the scene of his first coup, Webster got himself initiated into the shadowy Knights of Liberty in Baltimore. The Knights were planning, they said, to lead an army of 10,000 pro-Confederate Marylanders in an attack on Washington. Once again Webster got word to Pinkerton, who arranged to have his operative arrested with other leading Knights to preserve his cover. The putative attack never came.

Luck Soon to Run Out

Moving south to Richmond, Webster turned his charms on Confederate Secretary of War Judah Benjamin, obtaining a secret commission to carry messages back and forth to Confederate agents in Washington. This led directly to the unmasking of a Rebel spy ring in the provost marshal’s office in the Union capital—Webster’s last counterespionage triumph.

Webster’s luck ran out in January 1862. Stricken by a sudden attack of rheumatism, he fell out of sight for several weeks. Fearing the worst, Pinkerton ill-advisedly sent two of his other operatives, Price Lewis and John Scully, to Richmond to locate Webster. They found him bedridden in the Monumental Hotel. Suspicious Confederate agents began tailing to the two and eventually arrested them as Union spies. Sentenced to hang, they broke down and betrayed Webster.

Webster was still so ill when he was brought into the Richmond jail that a fellow prisoner exclaimed, “My God! They will send the dead here next.” In a sense, they had. Webster was a major embarrassment to the Confederate government, Judah Benjamin in particular, and he was swiftly convicted and sentenced to death. A distraught Pinkerton implored Lincoln to intercede, and Lincoln warned Confederate leaders that he would start hanging Southern spies if Webster was killed.

It was to no avail. On April 29, 1862, the crippled Webster was taken to Camp Lee, on the site of the old Richmond fairgrounds, and placed on the scaffold. When the trapdoor was sprung, Webster fell to the ground stunned—the noose had slipped off—and murmured, “I suffer a double death.” Soon he did, becoming the first American agent to be hanged as a spy since Nathan Hale in the Revolutionary War. Spying is a dangerous game indeed.