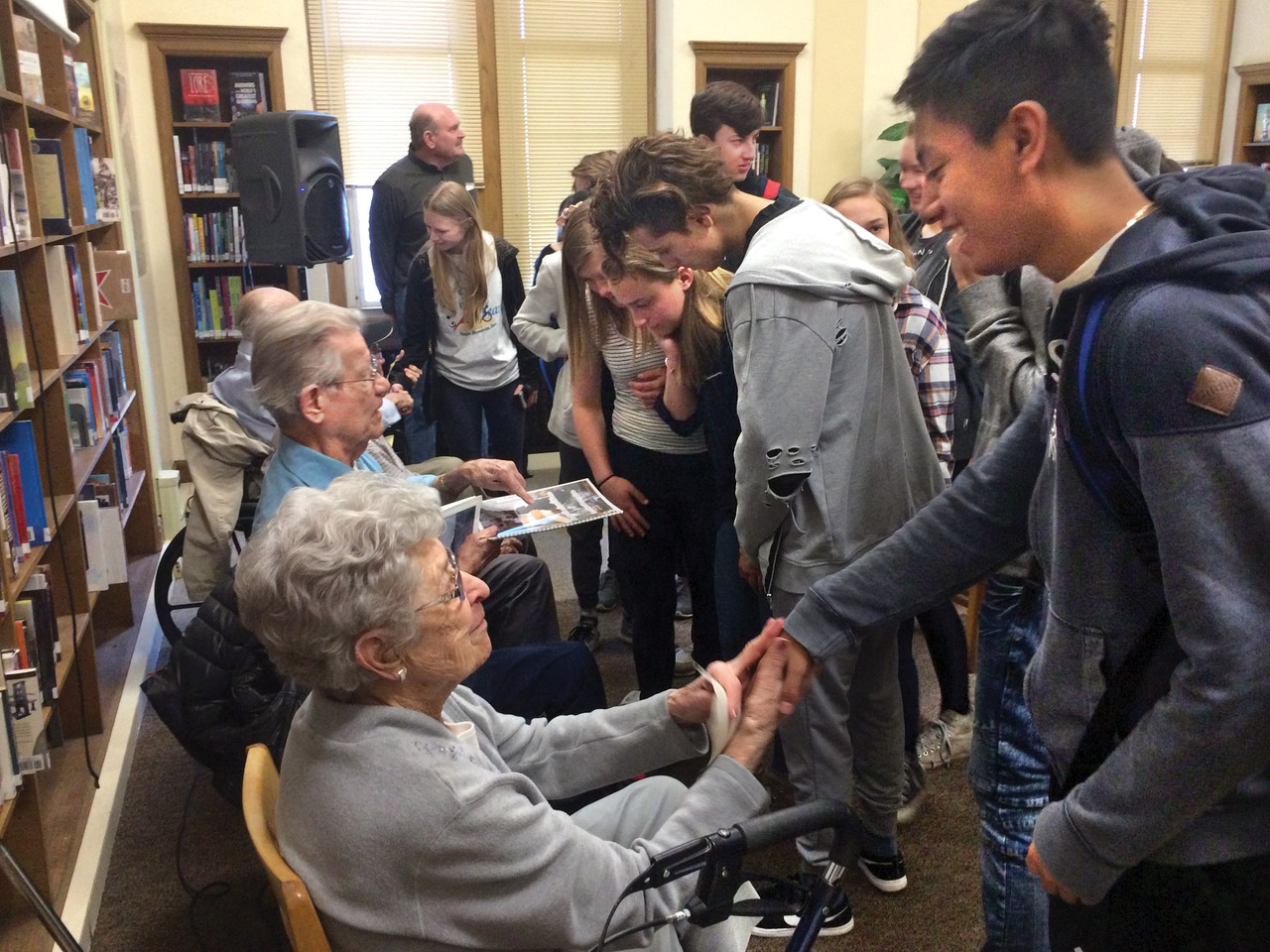 Learning History from the History Makers

This article appears in: Winter 2019

It has often been said that kids today have no interest in, or knowledge of, history. While there may be some truth in that, it is not a universal truth. Recently, the Denver Post (my hometown newspaper) ran a story by Bryn Phinney headlined “Vets provide teens a ‘living history lesson.’”

In it, the author writes, “Freedom might have had new resonance on July 4 for a group of Denver teenagers who recently heard firsthand about the sacrifices of others to help provide freedom for all.”

Students from Denver South High School had met with several U.S. World War II veterans who now reside in the Clermont Park retirement center. One of the veterans the students met was Nicholas Westendorf who, at 105 years old, is Colorado’s oldest living World War II veteran.

He had two roles in the war: first, training recruits at Chicago’s Glenview Naval Air Station and then as a P-47 aircraft mechanic in the Pacific. He regaled the students with stories, not of combat, but of what went on behind the scenes to keep American forces rolling toward victory.

“We had to fix and get every plane back out in perfect condition,” Westendorf said. “One of our planes got shot up badly, but we had it ready to go again by the next day. We never lost a single one.”

A few months later, said Westendorf, “a guy came around on a jeep while I was on night duty and told me that the war’s over, they dropped the bomb. We didn’t really understand what ‘the bomb’ meant at that time.” He added, “I didn’t mind doing my part, my duty, but I was glad to go home.”

After the seniors visited the high school, 60 students wrote thank-you notes to the veterans. One said, “What you did for the country and the world as a whole cannot be overlooked. Without the lessons learned and the things that were accomplished … the world would be a very different place. Where we are today is thanks to you.”

Another wrote, “I am honored that you … told us your stories because what you endured should not be forgotten and [World War II] should be a time that all people know about.”

It’s heartening to know that there are many young people out there (such as these Denver South High School students) who recognize the immense contributions of “the Greatest Generation” who unselfishly gave of themselves to bring about peace—and the end of the most destructive war in history.

Maybe there is hope for the future after all.