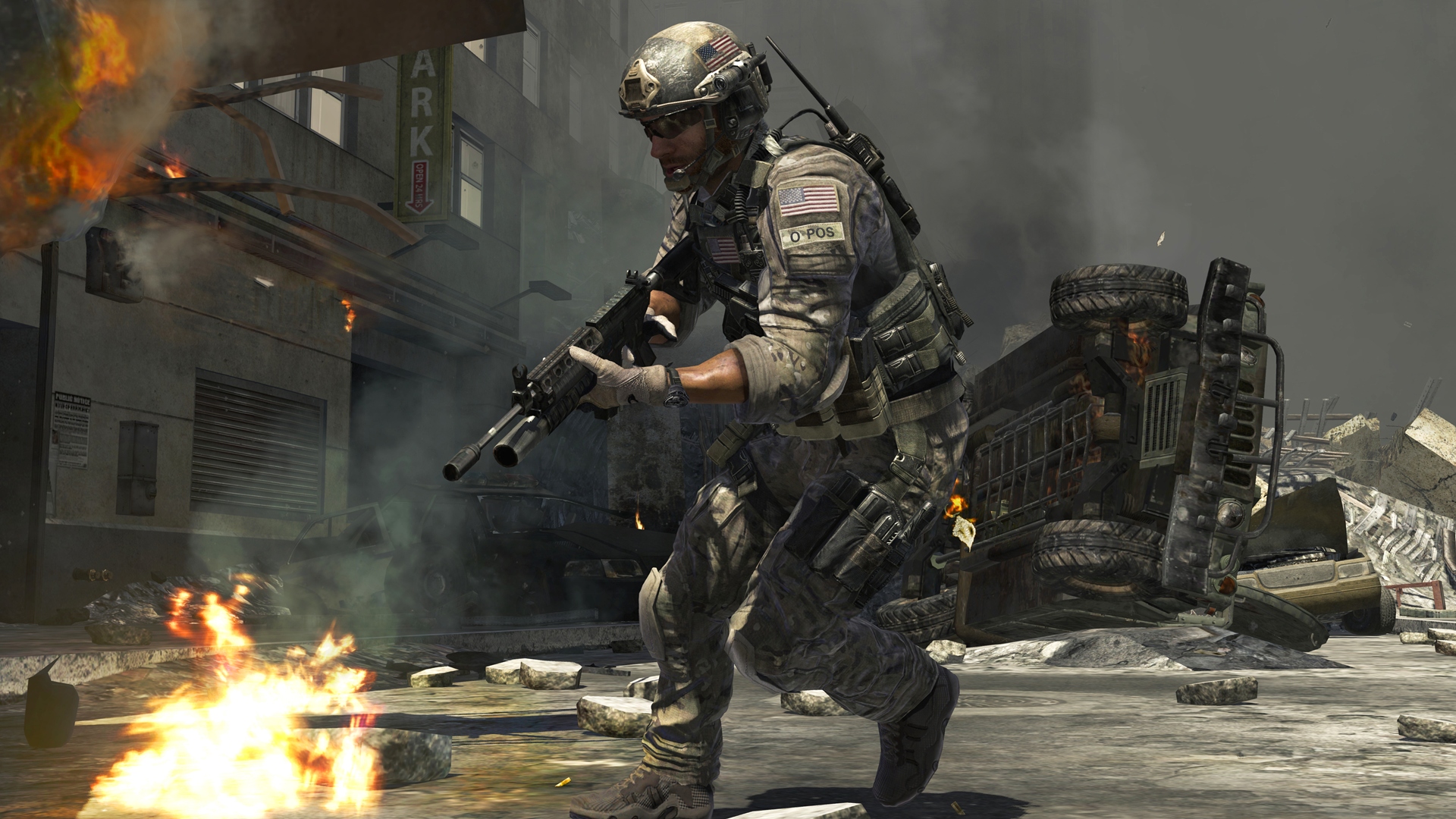 Another shining example of how to craft a major, crowd-pleasing game release.

This article appears in: Late Winter 2012

The 2011 holiday season has been brutal, and as of this writing it’s really only just begun. Sure, it’s easy to sit in the future and reflect calmly on what was yet another ridiculously packed time of year as far as entertainment goes, but those of us living in the present (past?) are still making life’s tough decisions. One of the biggest of the year came back to the thankfully strong-as-ever subgenre of war games, pitting EA’s Battlefield 3 in a tooth-and-claw battle against Activision’s Call of Duty: Modern Warfare 3.

There are those who love and play both and, more vocally, those who stay firmly in one camp or the other. Regardless of which side you fall on, if any, it’s clear now that the dust has somewhat settled that Call of Duty remains a powerful, formidable franchise. I appreciate the tenacious campaigns of both, but folks weren’t holding your average Joe up at gunpoint (seriously) for copies of Battlefield 3. In one particularly intense instance, armed robbers in France hijacked two trucks loaded with thousands of copies of Modern Warfare 3. The criminals blocked the road with a car and attacked the drivers with tear gas as they exited the truck, absconding with their ill-gained goodies. If it wasn’t such a grim incident, it would pretty much sound exactly like a level in a Call of Duty game. Also, as if that wasn’t enough, a second truck was robbed later by three more threatening thieves!

Looking back on Modern Warfare 3’s release, opening day sales were to the tune of about 6.5 million. That’s pretty nutty no matter how you cut it, but is it worth the hype? We’ll give Battlefield 3 its own in-depth spotlight another time, but for now let’s take a look at how the latest video game blockbuster from developers Infinity Ward and Sledgehammer Games turned out.

Blockbuster is certainly a term that applies to this franchise in every way. CoD is the Michael Bay moment of gaming’s winter months, and just like Michael Bay, you’re either gonna love it or hate it. Actually, it may be roughly 10 times easier to love than a Bay flick, maybe because it not only pleases crowds with ridiculous action set pieces but also does so with a slightly higher pedigree of storytelling. Sure, the narrative in this series has been rough, and is often times downright absurd, but at least it’s not annoying. 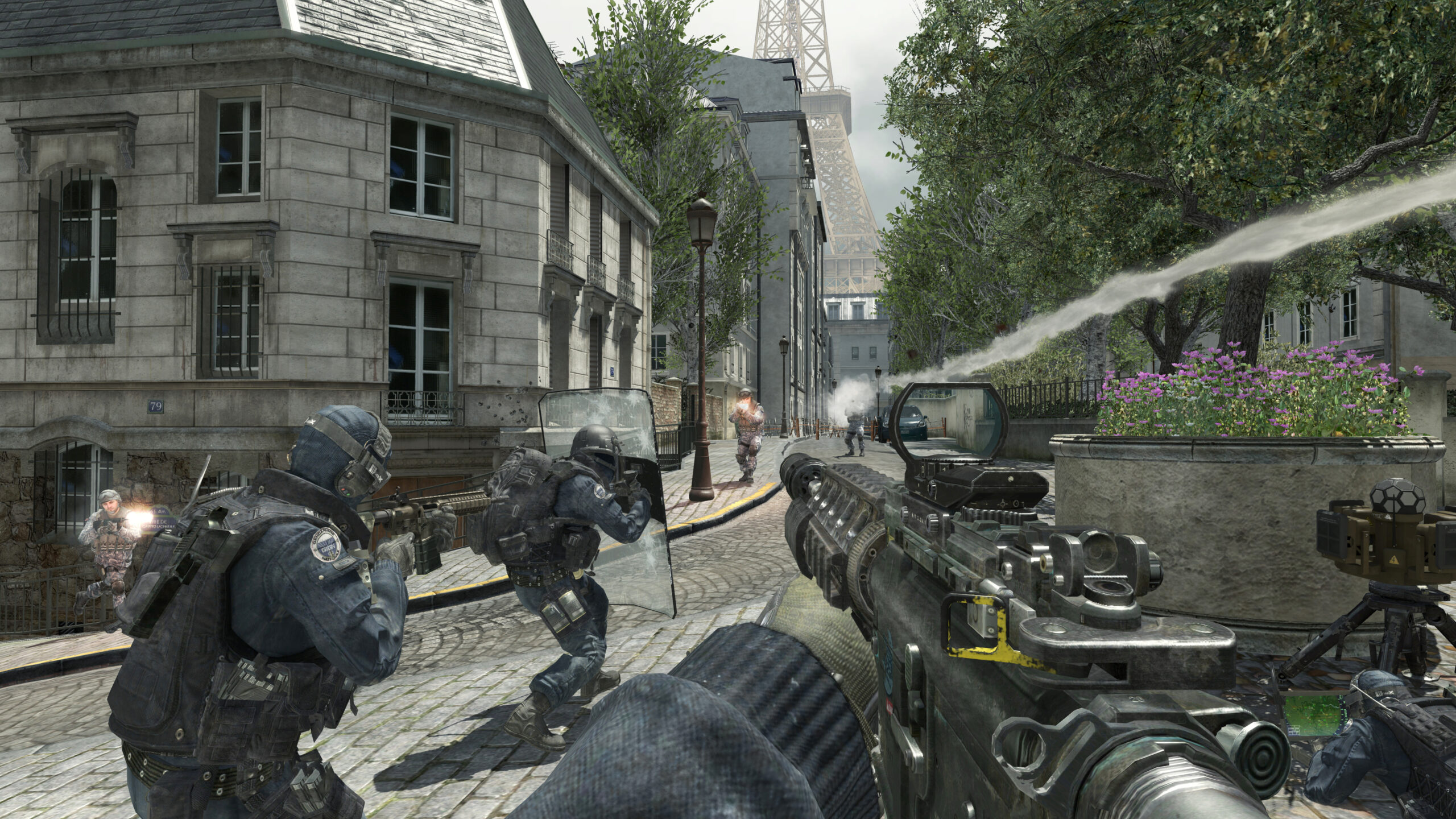 Modern Warfare 3 continues the story of its predecessors, with America essentially experiencing World War III on its own soil while Captain John Price and co. hunt down the nefarious Russian Ultranationalist Vladimir Makarov. In typical CoD fashion, the story tends to have you jumping between a few different playable characters, but for the most part you control ex-Spetznaz soldier Yuri, whose past ties into the story in a few ways. For now, though, his primary concern is performing myriad feats of military derring-do, narrowly escaping one screen-rocking event after another. That should probably be your primary concern, as well, because while Modern Warfare 3’s narrative arguably doesn’t hit the nonsensical heights of those that came before it, it’s still pretty far up there. Such is the nature of crafting a game like this, with a structure built around a certain number of set pieces. After all, what fun would it really be if it didn’t go out of its way to provide “shock and awe”?

Those equal parts shock and awe are on grand display here, despite following a very rigid formula that’s as plain as day at this point. Just passively observing as you play will spell out the trick the developers have mastered over the years. Stages toss you into the action—with plenty of close-quarters firefights taking place this time around—and then the situation inevitably gets turned on its head. Something legitimately jaw-dropping happens, either knocking the player down or unconscious in the process, and someone helps you up after the dust settles so you can do it all over again. Hey, I’m not knocking the formula, but there it is. I challenge you to find a key moment in this game that doesn’t transpire almost exactly as described.

Regardless of how they’re executed, some of the big events here won’t be quickly forgotten. A solid early example of this takes place on a plane, on which you’re tasked with security detail for Russia’s president. Naturally, the plane gets hijacked and you end up in a firefight 30,000 feet in the sky as the plane struggles to stay airborne. For just a few breathtaking seconds, a sudden descent leaves you and your opponents free-floating in the cabin, spinning and shooting weightlessly like one very memorable moment right out of Christopher Nolan’s Inception.

It wouldn’t be sporting of me to spoil any of the game’s surprises, but they’re plentiful enough, and you’ll know them when they hit. It’s due to the bombastic nature of its set pieces that many may presume the series gleefully glorifies war, but those paying attention will see that’s far from the case with Call of Duty. While war is infinitely more horrifying than any game can convey, and ducking behind cover for a few seconds will never really replenish one’s health, events are still portrayed with the proper weight behind them. There may be fun to be had while playing, but no jokes are made about the circumstances, and firefights are depicted as grueling, painful, and mentally draining. You and your squad will risk life and limb to save those who fight alongside you, and it can be a sobering affair when a key player doesn’t make it.

Less grueling, thankfully, are Modern Warfare 3’s many waves of enemies, which, as mentioned before, tend to close in on you and your squad in much tighter spaces this time. While some may not fancy the up close and personal nature of combat, it’s much preferred to infinite waves that have plagued the series in the past; a flood of faceless shooters who refused to stop popping out until the player moved forward some, like a twisted take on a lame carnival game. As usual, controls are tight, though it’s very easy to become a little too dependent on the aim assist if you keep it turned on (I do keep it turned on, sorry, I just want to blaze through the campaign for maximum enjoyment). 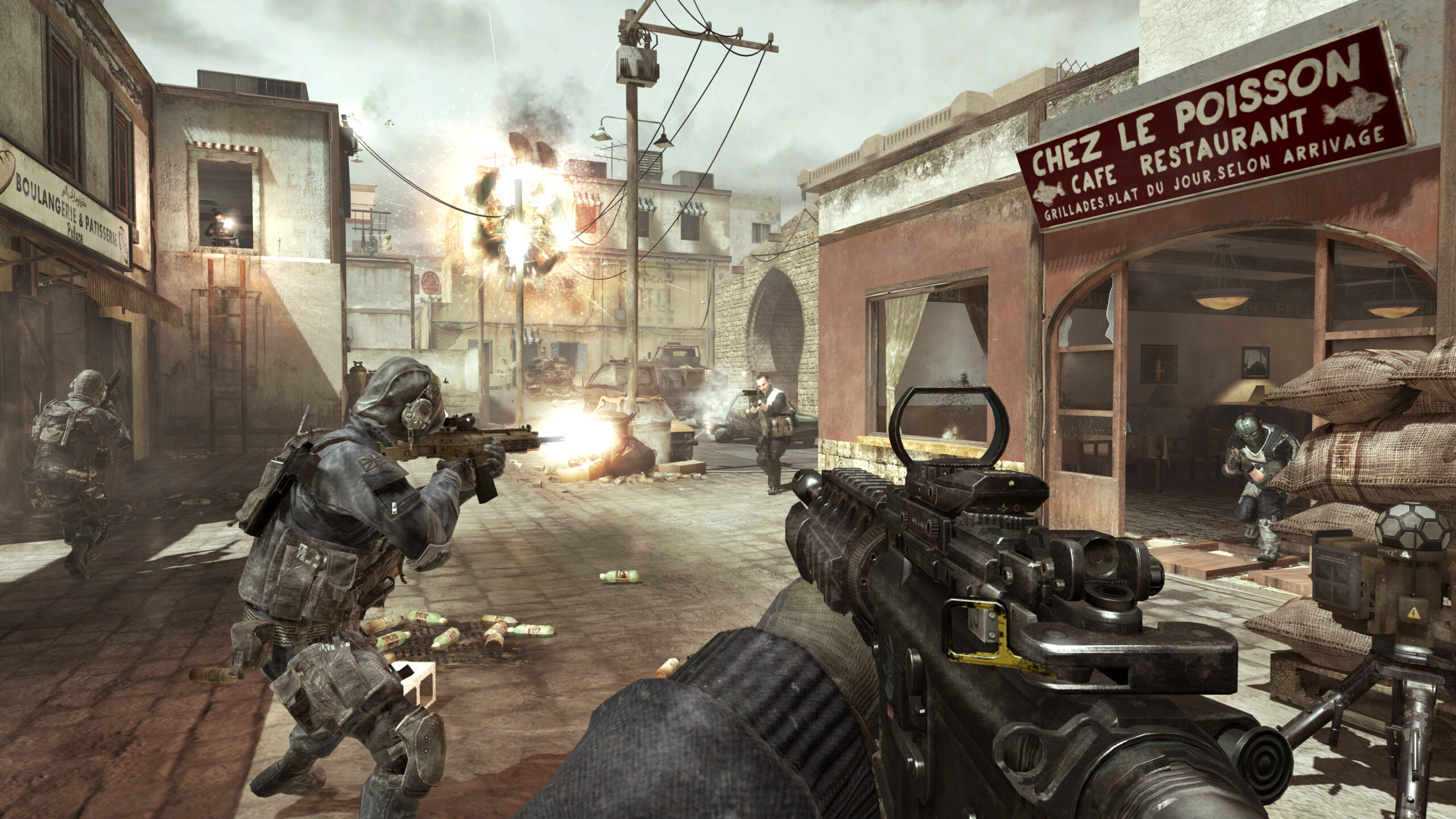 Keeping in line with its predecessors, the real fun of Modern Warfare 3 begins when the campaign is complete. Not to say that you have to actually complete it to enjoy everything else on the disc, but at a lightning fast five hours or so, there’s little reason not to get it out of the way. Spec Ops returns this year, offering both solo and co-op missions of increasing difficulty. Playing with friends is certainly recommended, but even tackling these missions solo can be an addictive addition to your MW3 routine. Shaving a few seconds off of an almost perfect time can be both maddening and endlessly compelling. I find the survival style mode of enemy wave resistance a bit less interesting, but your mileage may vary.

Finally, there’s the series’ competitive multiplayer, lauded by as many as it is despised. By now you likely know whether or not you’re a fan of Team Deathmatch and other modes—many of which are littered with foul-mouthed kiddies looking for some after-school antics—but if you dig it then you’re in for another long haul. While dying an instant after respawning will never cease to frustrate me, and the lobbies and maps are filled with some of the worst human beings you’ll ever encounter online, there’s a special kind of magic in playing these games with the right groups. Find some friends or, if you’re lucky, a like-minded team of strangers, and you’ll discover the real legs behind Modern Warfare’s success.

So Call of Duty: Modern Warfare 3 is another in a long line of annual installments, and while it misfires occasionally, it’s also another shining example of how to craft a major, crowd-pleasing game release. As if the sales numbers weren’t enough to clue us in on this impending fact, Activision has already announced another Call of Duty game for around the same time frame in 2012. If the mere thought of that didn’t make you groan, then you’re definitely ready for this virtual war.