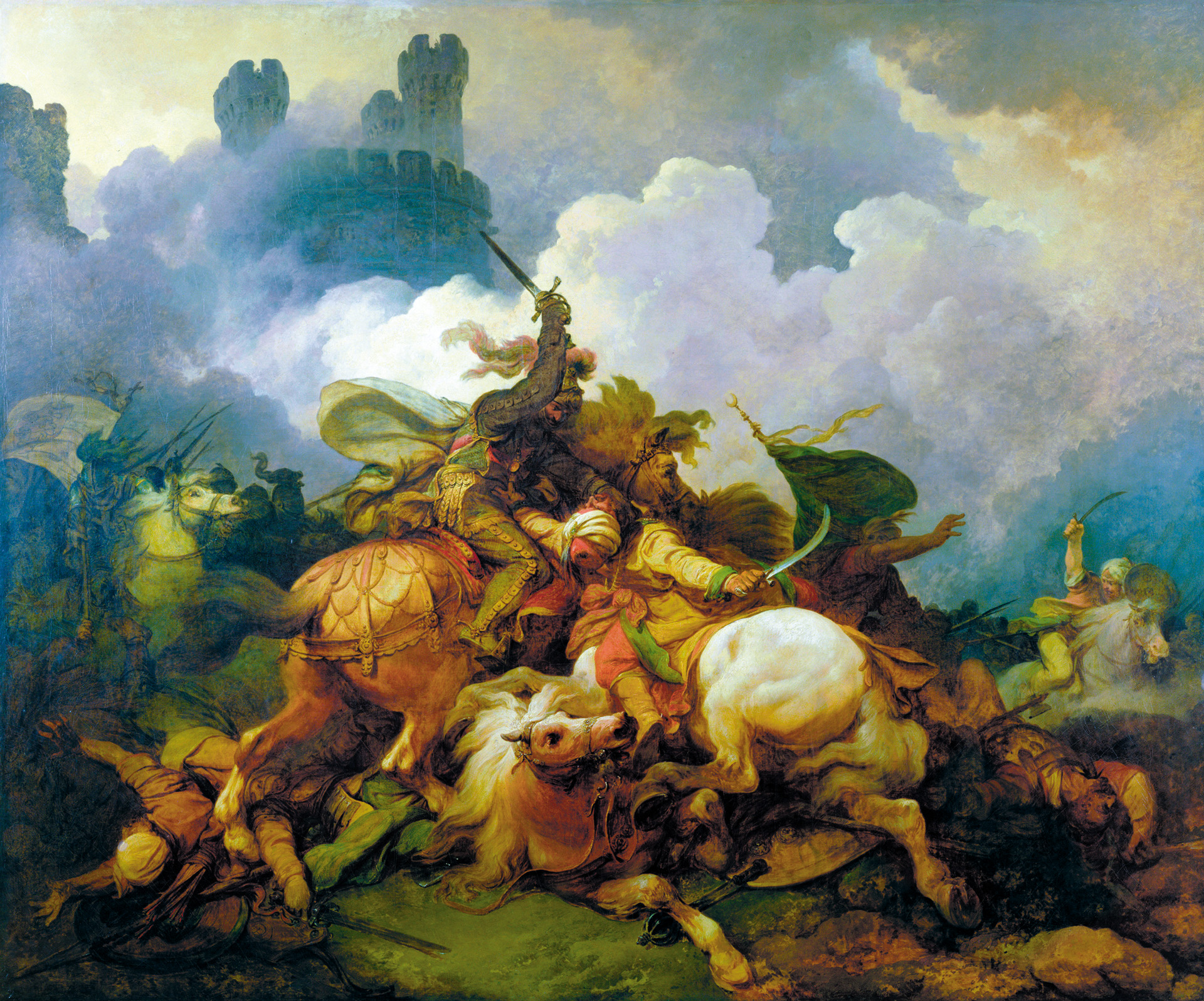 This article appears in: July 2014

At the height of their power, the Levantine military-religious orders were a political and military force to be reckoned with not only in the Latin East where they were founded, but also in the Latin West where they had vast estates that funneled manpower and supplies east for the fight against the foes of Christendom.

“It is not easy for anyone to gain an idea of the power and wealth of the Templars,” wrote Theoderich of Wurzburg, a Christian pilgrim to the Holy Land in 1172. “For they and the Hospitallers have taken possession of almost all of the cities and villages of which Judea was once enriched … and have built castles everywhere and filled them with garrisons, besides the very many, and indeed numberless, estates which they are known to possess.”

Theoderich’s words contained much truth, but they failed to capture the problems that accompanied such vast power. From the outset of their conversion to religious-military orders in the early 12th century, the Knights Templar and Knights Hospitaller were pilloried for the contradiction of being monks who killed people. What is more, clergy and kings alike resented them for the privileges they enjoyed and allegedly abused.

The heyday of the Levantine Orders lasted for 162 years from the point that the Knights Templar became a sanctioned military-religious order as a result of canonical law at the Council of Troyes in 1129 to the abandonment of the last outpost of the crusader state—the Templar fortress at Atlit—on August 14, 1291, just three months after the fall of Acre to the Bahriyya Mamluks. (Although established as a religious order before the Templars, the Hospitallers became militarized after the Templars.)

Once they received papal permission to integrate their religious function with military activity, the Levantine Orders eagerly embraced their military role and became essentially a permanent force defending the crusader states in present-day Israel, Palestine, and Syria. From that forward, the Levantine Orders fought in every major battle during that time period. They shared credit for the great victories, such as Ascalon 1153, Acre 1191, Arsuf 1191, and Jaffa 1192, and also received equal shares of blame for the disastrous defeats, such as Hattin 1187, La Forbie 1244, Al Mansurah 1250, and Acre 1291.

The brother-knights of the Levantine Orders, like fellow monks, took vows of poverty, chastity, and obedience. The Knights Templar and Knights Hospitaller were eager to give their lives in battle. Their courage and discipline, which stemmed from the vow of obedience, made them crack troops who would fight to the death.

The Levantine Orders answered only to Rome and were exempt from the intercession of diocesan bishops, as well as free from interference by Christian sovereigns in whose lands they served or where they had estates. In the Latin East, their numbers were slight; for example, at the height of their power there were only about 300 brother-knights (not counting brother-sergeants) of each of the two Levantine Orders available for battle at any given time. When the crusader armies were destroyed in battle, as was the case at Hattin and La Forbie, the Templar and Hospitaller contingents had to be replenished with new brother-knights from the Latin West.

On the march, the Templars constituted the vanguard and the Hospitallers the rear guard. In battle, the Levantine Orders were, for the most part, reliable and capable of restoring order when the crusader army was on the defensive or near rout.

With the fall of Acre in 1291, the Levantine Orders suffered a decline in significance. The great days of crusading had come to a close.

The decline in the case of the Templars was precipitous. With their primary purpose of protecting the Latin East gone, the Levantine Orders were at their most vulnerable. Seething with jealousy and hatred for the Templars, French King Philip IV began an all-out persecution of them over a seven-year period ending in 1314.

Their cross-bearing cloaks—the red Greek Cross worn on a white surcoat for the Templars, and the white cross on a black surcoat for the Hospitallers—remain iconic images of the Crusader armies. They also recall an unusual, but nonetheless inspiring military tradition.