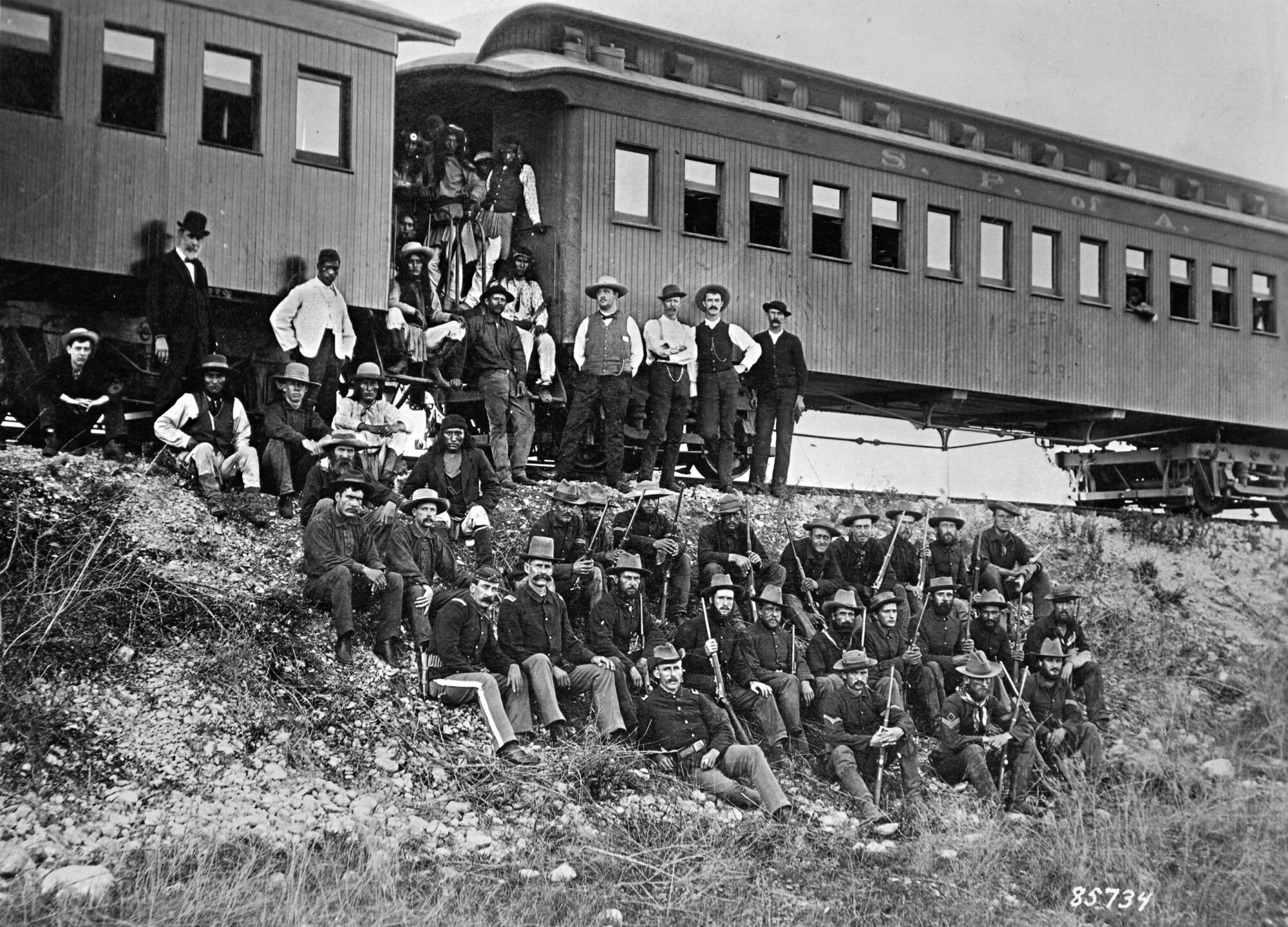 Book Reviews: From the Heroics of Henry Lawton to the Tanks of WWI

Brothers in Arms: American Independence and the Men of France and Spain Who Saved It 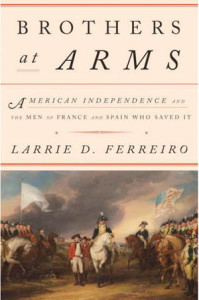 Historians generally view the American Revolution as a triumph of homegrown spirit and perseverance, with perhaps a bit of help from the French. But this view ignores the precarious position of the colonists. The Patriots lacked gunpowder, weapons, and all manner of supplies. They faced long odds in their dogged attempt to gain independence.

Yet they were not alone in their quest against the United Kingdom. They were part of a wider conflict that pitted England not only against its defiant colonial subjects in North America, but also France and Spain as well. Those two nations had their own long-standing disputes with the British, and it suited their purposes to provide assistance to the struggling Americans. Beyond furnishing soldiers and warships for direct action, the French and Spanish gave the Patriots 90 percent of the weapons they carried and the equivalent of $30 billion in modern currency. On the whole, it was enough to turn the tide. In the end, the British failed to quash the rebellion. Thus, a new nation was born.
[text_ad]

Ferreiro’s book presents the American Revolution in the context of the global war by which a coalition of allies fought against Great Britain. He seamlessly inserts France and Spain into the Revolutionary War narrative in a way that many readers may not have been aware of before. It is an informative and detailed work, chock full of inspiring tales of those who struggled both on and off the battlefield.

Eleven Months to Freedom: A German POW’s Unlikely Escape from Siberia in 1915 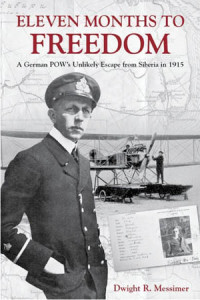 When World War I began, Midshipman Erich Killinger left naval officer’s school along with many of his classmates and joined the war effort. Killinger soon became an aerial observer aboard a Rumpler 4B-12 seaplane. On April 6, 1915, his plane lost a propeller and crashed into the Baltic Sea. The Germans captured both Killinger and the pilot. They falsely accused Killinger of bombing a train station, and they sentenced him to life at hard labor in the Sakhalin Coal Mines. On October 28, 1915, he leapt through the window of a train and escaped. After a harrowing journey through the frigid wilderness, Killinger arrived in Mukden, China, where he entered a German-run escapee network. His passage home entailed crossing 16,000 miles of land and sea. It was an amazing journey full of danger, intrigue, and daring.

The book, which contains fascinating details of Killinger’s adventures, reads like novel due to its riveting narrative and smooth prose. The author expertly weaves together the facts of Killinger’s odyssey thereby producing a work that is both informative and eminently entertaining. 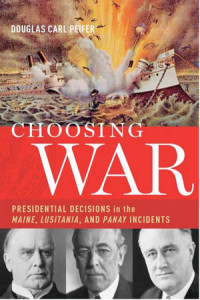 The battleship Maine exploded in a Cuban harbor on February 15, 1898, leading to the Spanish-American War. Nearly two decades later, the sinking of the passenger liner Lusitania on May 7, 1915, resulted in the deaths of approximately 1,200 people, of which 128 were American. It was a major step on the road to American entry into World War I. On December 12, 1937, Japanese aircraft attacked the U.S. gunboat Panay on the Yangtze River in China. Even though the incident ultimately was settled through diplomacy, it turned U.S. public opinion against Japan. These three events were each handled quite differently but all had their effect on the course of history.

The combination of leadership, circumstance, and domestic concern that influenced the outcomes of these three naval incidents is presented with clear perspective in this new work. The author lays out the options available to the American presidents who dealt with each case, and it shows how they arrived at their decisions. The narrative explains the complexity of political and military crises and how various human factors influence the outcome.

The Lafayette Escadrille: A Photo History of the First American Fighter Squadron 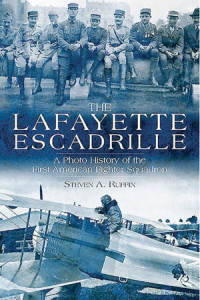 The Lafayette Escadrille is one of the most famous fighter squadrons in American history and certainly the most famous to emerge from World War I. This is perhaps an odd fact considering the squadron was not part of the American Expeditionary Force, but rather a formation of the French Air Force. It was composed of American volunteers serving the French cause. Before the entry of the United States into the war, numerous Yanks joined the British and French militaries through various means. Founded by seven young men, 38 young Americans would eventually serve within the ranks of the Lafayette Escadrille. They all fought bravely for their adopted nation. Many would die in France’s service before the squadron was disbanded and a dozen of its members incorporated into the fledgling American Air Service.

Historians have produced many works on the famous flying formation. This work stands out because of the author’s attention to minute detail, and his extensive travels as part of his research. Ruffin traveled to many of the former operating bases of the unit. He matched old photographs to their present-day sites, allowing him to show many interesting then-and-now scenes. The book also includes compelling period illustrations and artwork. Mated together with detailed text, the volume is a worthy addition to the body of work on the Lafayette Escadrille.

Titan: The Art of British Power in the Age of Revolution and Napoleon 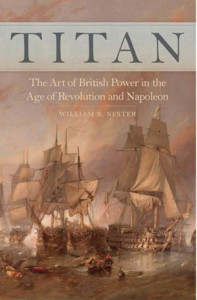 When the guillotine’s blade dropped upon the necks of French King Louis XVI and Queen Marie Antoinette in 1793, Revolutionary France declared war on the hereditary monarchies of Europe. This drove Great Britain into a decades-long struggle to eliminate this threat to its long-established order. When the revolution gave way to the rule of Napoleon, the fighting continued. The United Kingdom would lead seven coalitions against France through an astounding combination of military skill, diplomacy, economic might, and strength of character. Success in battle was achieved by prominent commanders such as Arthur Wellesley and Horatio Nelson while politicians such as William Pitt negotiated the ultimately successful effort to defeat the French. With the victory won, Great Britain then devised a system that prevented another such major war for nearly a century.

The complex and multifaceted way in which England accomplished this tremendous feat is exhaustively recounted in this new work. Rather than a strict retelling of the military events, the author skillfully blends together the military, political, economic, and technological factors that brought the British to a hard-earned triumph. The effect of the individual upon these momentous events is given good attention along with cultural and psychological influences. This book is both insightful and comprehensive in scope, giving the reader a very thorough history of Great Britain’s role in the Napoleonic Period.

Deborah and the War of the Tanks 1917 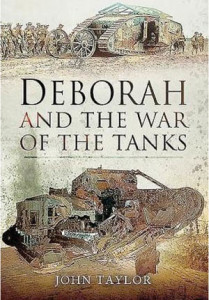 On November 20, 1917, a British Mark IV tank designated D51 and nicknamed Deborah made its way through the village of Flesquieres in France. Enemy troops were in the village and the tank’s crew was trying to engage them in a swirling melee of battle. The English tankers and the accompanying infantry even engaged a battery of field guns. The German gunners poured fire into the tank, knocking it out and killing a number of the crew. Deborah had to be abandoned. Later, the tank was towed into a hole in the ground to form part of a bunker. Eventually, the tank was left there, buried, and forgotten. Rumors of a forgotten tank became part of the lore of the village. In the late 1990s a French researcher using a mine detector and infrared photographs discovered Deborah in a field and soon excavated the old tank, creating a memorial to those who served in the war.

Deborah’s story is a fascinating one, both her wartime service and eventual recovery. This book covers the tank’s crew and the battalion to which it belonged. Just as interesting is the attention paid to the research used to find the tank and tell its story to the world. It is a fitting tribute to both veterans of the war and the modern enthusiasts who toil to commemorate their service and sacrifice.

Athens Burning: The Persian Invasion of Greece and the Evacuation of Attica 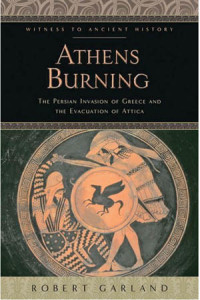 After the Persian King Xerxes overcame the Spartan and Greek forces at Thermopylae, the people of Athens began fleeing their city. The peninsula of Attica, which holds Athens, was also emptied of its population. Noncombatants went to various places while military-aged males went into the navy. The city was burned twice. The Greeks eventually defeated the invaders on both land and sea, prompting the Persians to retreat and allowing the beleaguered Athenians to return to their home.

This new work is marked by its fresh perspectives on this ancient conflict. The author asserts that the commonly accepted portrayal of the Persians as barbarians is wrong. The invasion is well described from both Greek and Persian points of view. This is more than a military history; the author describes the refugee crisis as the displaced Athenians sought shelter in other lands. The result is a balanced approach to the Persian invasion of Greece that is sorely needed. 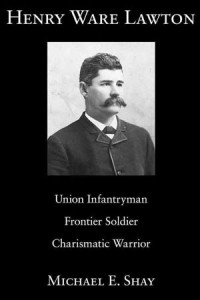 The mid-19th century was a critical time in American history. The nation came through a civil war and expanded throughout the continent. It was a time fraught with conflict, including the war between the North and South and afterward the Indian Wars. During the latter, the U.S. Army forced Native Americans onto reservations against their will.

This period of American history gave rise to larger than life figures. One of these was Henry Lawton. He joined the U.S. Army at age 18 and earned a Medal of Honor during the Civil War. After the war he fought in the Indian Wars, serving in Texas, the northern Plains, and the Arizona Territory. While serving in the Arizona Territory, he added to his fame by capturing Geronimo following a four-month pursuit. Lawton eventually attained the rank of major general. He died at the age of 56 while serving in the Philippines.

Although famous in his day, Lawton is now a lesser-known figure whose life helped shape his country’s progress. The author deftly weaves America’s growth as a power with his subject’s journey through the times. This is the first full-length biography of Lawton, and it draws on his letters, as well as extensive archival