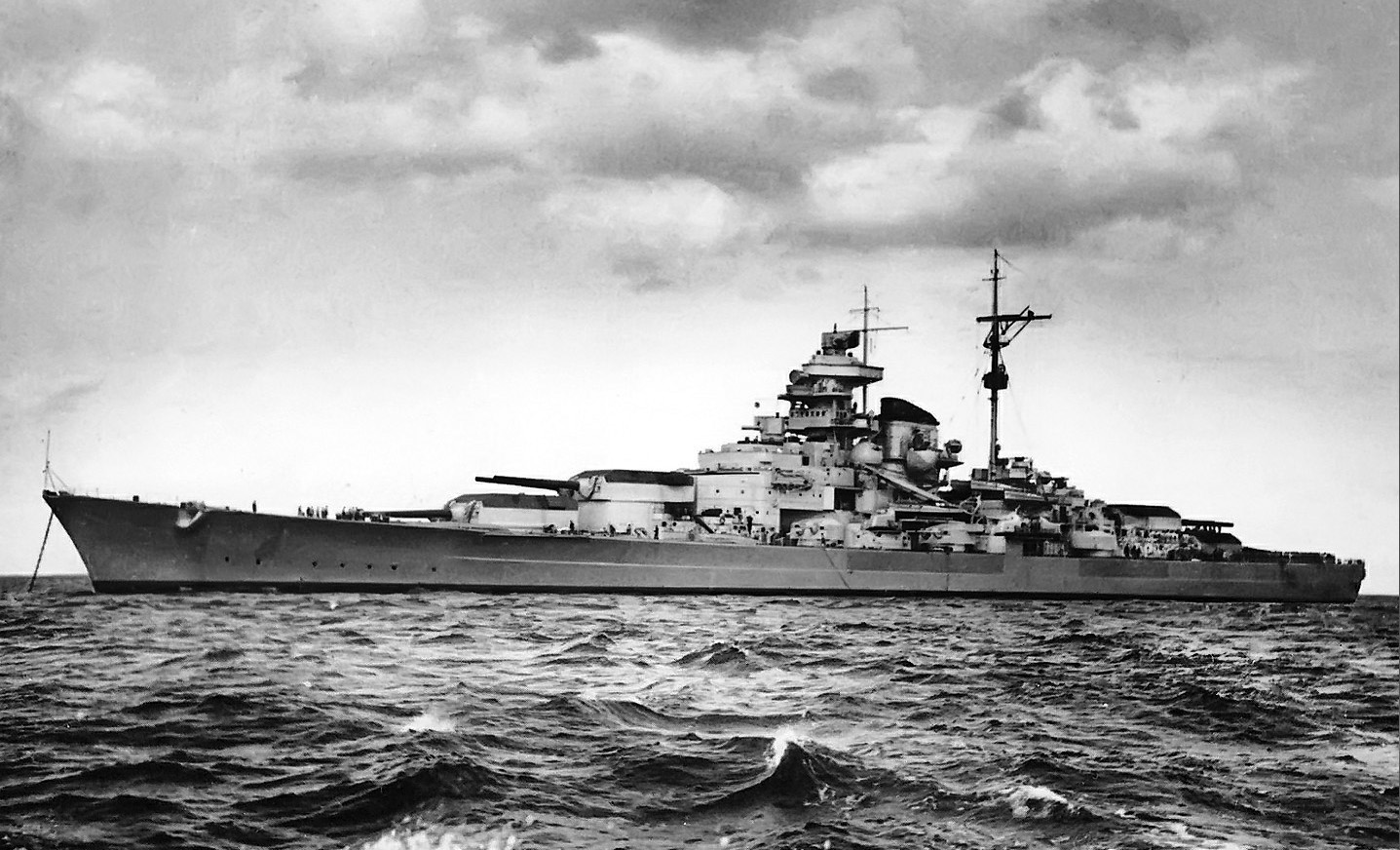 Battle of the Battleships

I enjoyed Richard Rule’s “David and Goliath” story of the midget submarine attack on the German battleship Tirpitz (May 2012 issue). But I must disagree with his opening statement that by mid-1942 she stood alone as the largest, most powerful warship in the world.

By mid-1942 the two Japanese giants Musashi and Yamato (45,000 tons displacement, nine 16- inch guns) had become operational. At 42,000 tons Tirpitz exceeded all other capital ships then in service, but fell short of many in terms of armament.

Tirpitz was newer, bigger, and faster than many of these vessels, but she hardly stood alone as the author states. She would have been badly overmatched by the two Japanese giants and was probably inferior to the U.S. North Carolina- and South Dakota-class ships. Her sister ship Bismarck did in fact lose out in a gun duel with HMS Rodney earlier in the war.

The Battle of El Guettar

I want to send a few lines of thanks to you for your story published in the March 2012 issue of WWII History concerning tank destroyers at El Guettar. When I received my issue I could hardly believe my eyes. I was so joyous.

I have been reading books and magazines and looking at movies, etc., all for a little mention of news about that battle fought in North Africa.

In May 1943, 69 years ago, my parents and family received the notice that my brother had been killed in action in the battle at El Guettar. That was the only information given until the end of the war. Since then there was a fire in Missouri that destroyed information. In 1943, serving in the WACs, I was fortunate to find a book written by Ralph Ingersoll, This Battle Is the Payoff, that described the Battle of El Guettar from the viewpoint of an engineer.

Since then I read in General Patton’s book, War as I Knew It: “Looking over the country where we fought during the battle of El Guettar gives one a definite idea of the greatness of the American soldier.” He also admitted that if he had known how difficult it was, he might have been less bold.

I was recently given a copy of the January 2012 issue of your very fine publication. I was immediately attracted to Allyn Vannoy’s story of Operation Grand Slam as I had a direct part in that operation.

I Company, 15th Infantry Regiment was my unit. I had been with them since Anzio. I took part in Operation Dragoon on August 15, 1944. I was wounded, a second time, on October 26, 1944, near Epinal in the Vosges. I returned to the action early in January 1945. Upon my return to I Company, I was given a job as wireman in the mortar section.

We crossed the Ill River near Maison Rouge; it was very cold. The ground was frozen and thus impossible to dig in. We did find a shell hole and set up the mortar. All was very quiet!

Suddenly, the silence was broken by a loud cry of what sounded like, “Willie, Willie, Willie.” One of our team fired a few rounds in the direction of the voice and quiet returned.

Suddenly, one of our guys came running back, yelling that German tanks were coming. As we had no antitank protection of any kind we decided to get out. I ran back to the river, followed it until I found a foot bridge, and crossed over.

There was much confusion as troops tried to find their units. Eventually order was restored. I located my company, we reorganized and pushed toward Riedihr and eventually to the Rhine.

During World War II my father, mother, and sister lived in Virginia Beach, Virginia. My father was with a group of truck drivers who drove nonstop from the East Coast to the West Coast. Along the way MPs were at all the intersections. If a truck driver so much as threw a cigarette butt out the window it was picked up so there was no trace of their being there. This was a test of how to move supplies quickly and it was all top secret.

My mother and sister did not know where my father was or what he was doing for six weeks.

After the test runs were complete, the truck program was taken to Europe and known as the Red Ball Express.

I don’t know how to use a computer and my husband could only find pictures from Europe, but nothing about the test runs in the United States.

Do any of your readers have any information about the U.S. test runs?

As always, congratulations on a really great magazine with insightful and informative articles on a war that impacted generations of Americans, let alone most of the world’s populace throughout the mid-20th century. Personally, my connection to World War II was only vicariously through my father, who served as a combat engineer officer in the Imperial Japanese Army and I wasn’t born until 15 years after the war’s end. I myself am a former artillery NCO and expert on the weapons of World War II (primarily infantry and armor) as well as a modeler of the aforementioned equipment.

The well-written article, “Key to the Normandy Breakout,” (March 2012 issue) has in it a photo of what appears to be “a German Fallschirmjager (paratrooper) prepares ammunition for several shoulder-fired antitank Panzerschreck weapons shown to his left….” Those are in fact all, presumably captured, US M1 and M1A1 2.36-inch “Bazookas.” Next to the bazookas are both water-cooled M1917 and air-cooled M1919A4 .30 caliber light machine guns. The rounds in the

fallschirmjager’s hands appear to be either bazooka rounds or possibly U.S. 60mm mortar rounds still in their packing tubes. Finally, there appears to be a pile of USGI entrenching tools just to his right. My guess is he’s taking stock of captured weapons and material picked up after the battle from either captured or killed U.S. troops. And though it was true that firepower on the German side may have been greater than that of their allied adversaries, this picture would, to the trained eye, infer that the advantage was due to captured weaponry.

That aside, all-in-all a great article in an even greater publication! Keep up the good work!