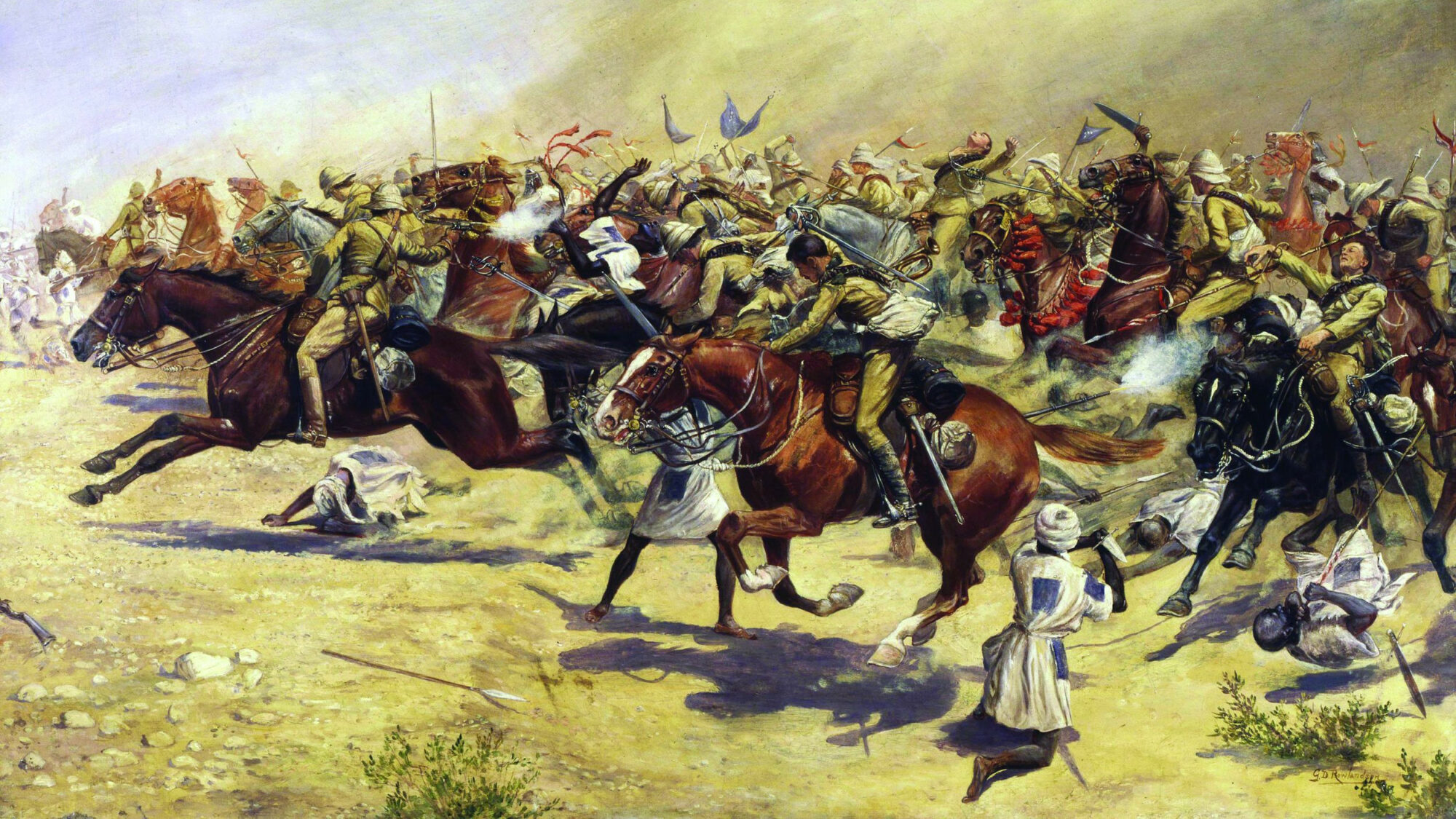 This article appears in: June 2011

By Eric Niderost It was the morning of September 1, 1898, the day before the Battle of Omdurman. Lieutenant Winston Churchill of the Queen’s 4th Hussars rode out with four squadrons of the 21st Lancers to scout the approaches to Omdurman, a Sudanese village on the west bank of the Nile opposite Khartoum, epicenter of a revolt that had rocked the very foundations of the British Empire. An Anglo-Egyptian army under Maj. Gen. Sir Herbert Kitchener was a few miles behind the cavalry screen. Kitch

3 thoughts on “Battle of Omdurman: The Last British Cavalry Charge”