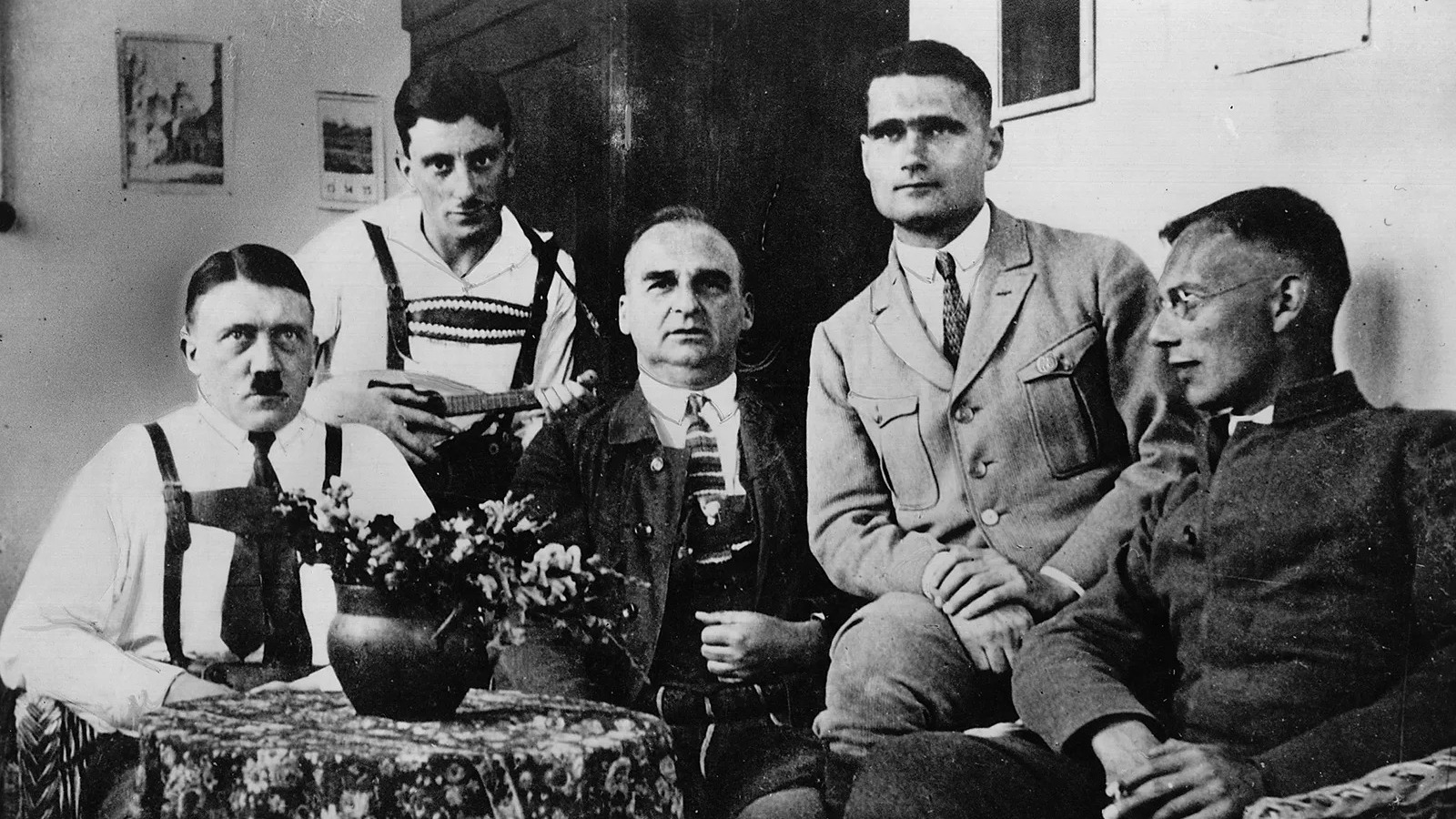 Believe it or not, Hitler's time in prison was something of a holiday. Read all about why below.

When the Nazi party attempted to seize power in the Bavarian capital of Munich in November 1923, a number of Adolf Hitler’s brown-shirted ruffians were killed or injured when the right-wing marchers were confronted by troops loyal to the government. With the outbreak of violence, rumors swirled that Hitler himself had been killed during the abortive Beer Hall Putsch. [text_ad]

Actually, the Nazi leader survived the street brawl. He was, however, arrested, charged with treason,and put on trial. By 1924, he was a guest of the state, incarcerated at Landsberg Prison, and serving a sentence of five years. During his trial, Hitler had taken advantage of the sensationalism, railing against the government and established authority. “History will tear to tatters the verdict of this court,” he declared. In the days to come, Hitler leveraged the failed coup attempt to influence the German people as the Nazis rose to power. Taking over the government through violent means appeared to be a daunting task; therefore, the Nazis determined to assume power through free elections. The dead among the Putsch became martyrs to the cause, and Hitler became the first seeker of public office to utilize the airplane as a means of travel between cities and therefore was able to communicate his campaign platform swiftly and efficiently throughout the country. The Nazi rise to power was complete with his assumption of the chancellor’s office in 1933 and then consolidated with the death of President Paul von Hindenburg, after which Hitler combined the powers of chancellor and president into one and became virtual dictator of the country.

Nine Months of a Five-Year Sentence

Historians have long known that Hitler served only nine months of his five-year sentence, that he received favorable treatment during his imprisonment, and that he utilized the time to write his manifesto for world domination, Mein Kampf, with his dutiful scribe, Rudolf Hess, taking the future Führer’s dictation. However, a recent discovery of more than 500 documents relating to Hitler, the prisoner, indicate that the days spent in the lock-up were almost a pleasant diversion. According to an Associated Press report, the documents surfaced when the 55-year-old son of a Nuremburg man was going through his father’s personal possessions after the father had died. Seems that during the 1970s the elderly gentleman had purchased a stack of books on World War I at a flea market, and the documents were tucked inside. An auctioneer, who estimated the value of the papers at approximately $30,000, stated that the father probably had no idea that they existed among the old books. The son certainly did not.

Vastly more intriguing than the monetary value of the papers, they reveal some interesting events concerning Hitler’s prison term. For example, it was noted that nearly 40 people were allowed to visit the prisoner to celebrate his 35th birthday on April 20, 1924. Between 300 and 400 additional cards indicate that various dignitaries called upon Hitler at Landsberg. Among them was World War I hero General Erich Ludendorff, who visited several times and spent lengthy periods with Hitler. According to the AP, Otto Leybold, the Landsberg warden, complimented the Nazi leader on his good behavior in a memorandum dated September 18,1924. Leybold wrote that Hitler was “sensible, modest, humble and polite to everyone—especially the officers of the facility.”

Another fascinating glimpse reveals that Hitler also had time to consider the purchase of a new automobile while in prison. He wrote to a car dealer in Munich describing his dilemma as to whether to purchase a new Benz 11/40 or an older model 16/50 because he was concerned that higher RPMs might cause the 11/40 to have engine problems. In the letter, Hitler requested a discount, pointing out that he had court costs to pay. “I can’t get a new car every two or three years,”he wrote. “In any case, please reserve the gray car that you have in Munich until I have clarity about my fate.” To date, the Bavarian State Archives has stopped short of thoroughly authenticating the documents, although a review of images indicates that they contain proper stamps, signatures, and other identifying marks. One of them is signed by Hitler. Undoubtedly, there will be more discoveries related to the Nazi era in the future. Through these, even mundane events take on a rather fascinating aura.

One thought on “Adolf Hitler’s Time in Landsberg Prison”