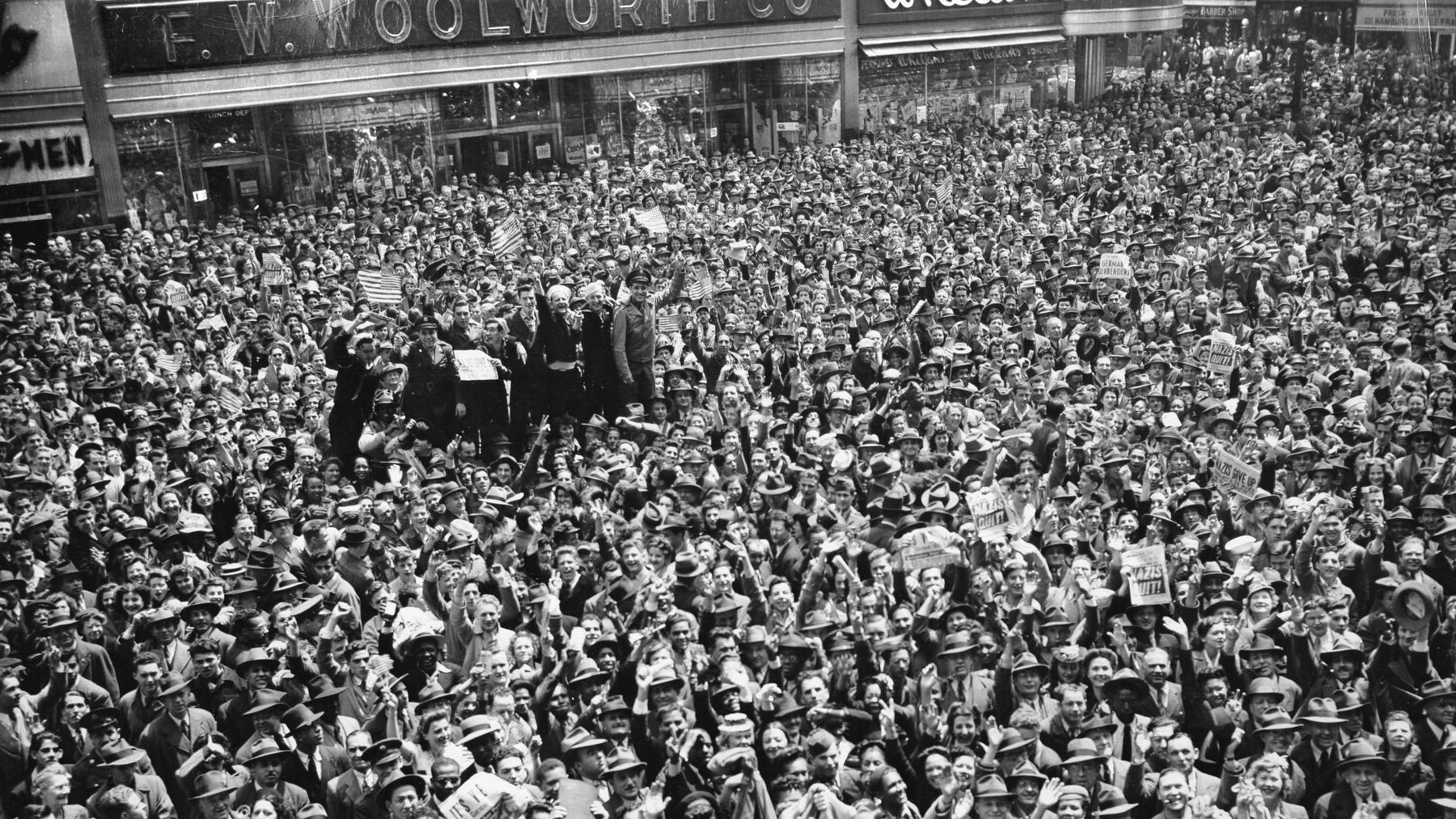 A Moment to Celebrate

This article appears in: Fall 2011

As I write this editorial, the news is just coming through about the demise of the world’s arch-terrorist, Osama bin Laden. While much more detailed information about the spectacular, precision joint CIA/Navy SEAL operation will have been disseminated in the intervening weeks since my writing this and your reading it (not to mention the predictable paroxysmal retaliatory reactions of other Al Qaeda psychotics and their ilk), I am still basking in the glow of the moment. The television is filled with images of happy Americans dancing in the street, waving American flags, singing the National Anthem, and chanting “USA! USA! USA!” It feels like V-J Day 1945 all over again (or so I’m told; I was only three when the war ended).

The sensation I have is probably not unlike that day in May 1945 when inexpressible joy swept across the land (and across much of the Free World, too) as it was announced that Adolf Hitler was dead and that his terrorist Nazi regime was no more.

Of course, it should be remembered that the end of Nazi Germany and its allies did not mean the immediate end of the war.

As Winston Churchill soberly declared to the British people on V-E Day, “We should allow ourselves a brief period of rejoicing.” However, with the Japanese foe still holding out, Churchill cautioned his nation that the war was not yet over. Many hard days and many more deaths would follow before total victory over the Axis Powers could be declared.

Will we ever see the day when the terrorists realize the folly of their embracing the culture of death? When they finally admit defeat? When they march, unarmed, to the surrender ceremony? When the “Mission Accomplished” banner is unfurled again, this time for good (and without mocking)?

It’s easy to say, “No, probably not.” But then, think back to the depths of WWII, when the situation seemed the bleakest for the Allies; when the Germans, Italians, and Japanese were goose-stepping their way across conquered territories, seemingly unbeatable, murdering whole populations; when Allied forces were under assault and retreating everywhere; when it was impossible to think that Hitler would take his own life in a dark, dank bunker below bombed-out Berlin; when the idea of Mussolini being killed by his fellow Italians and strung up––upside down––at a Milan gas station was just a fantasy; when the image of Tojo facing a war-crimes tribunal and then the hangman seemed about as unbelievable as a single bomb being capable of vaporizing an entire Japanese city.

Are there parallels between now and then? Are there reasons to be optimistic about the future? You bet there are.

A Bit of This and That

During the course of putting out this magazine, an amazing amount of material crosses my editor’s desk on a semi-regular basis. Some of it is in the nature of “letters to the editor,” in which sharp-eyed readers sometimes point out errors (such as a story in the Spring 2011 issue in which it was erroneously stated that the Doolittle Raiders took off from the deck of the carrier Enterprise, when, of course, it was the Hornet) and occasionally offering a few words of praise.

At times we also receive suggestions and proposals for future articles, or news snippets that call certain WWII-related topics to our attention. Some people even write with questions asking about how they can find out more about a deceased relative’s military service.

With that last item in mind, one reader suggested that I emphasize the importance of having a living relative who served during WWII (or even someone who served on the home front) create a memoir of his or her service––to which I whole-heartedly concur. Too many veterans have already departed this life without leaving some sort of record or memoir of their service.

I know that for many veterans, it is still difficult, if not impossible, to talk with others (especially family members) about the terrible things they witnessed during the war. Many of these accounts are shared at unit reunions only with their buddies, or around the bar at the local VWF or American Legion hall. But each story is important to impart the reality of war to future generations. We will probably never eliminate war, but perhaps we can come closer to understanding what war does to people.

If you are a veteran who doesn’t want to talk about your experiences, that’s understandable. But how about making a video or audio recording, or writing down your wartime memories, with the instructions that they not be played or read during your lifetime. And if you know a veteran who doesn’t want to open up, you might suggest this alternative to him/her. In this way the veteran will be preserving an important chapter of the role that he or she played in what many regard as the most important event of the 20th century.

Occasionally we’ll also receive something that takes advantage of modern technology. I’m no blogger, but prolific author and frequent WWII Quarterly contributor Eric Hammel recently set up the “Pacifica Military History Blog” as an open review and discussion platform. Eric is looking for reviews of recent and classic military history books that may be of interest to wide audiences. Comments on posts are also welcome. He invites you to visit the blog at: http://www.pacificamilitary.com/wordpress (all lower case) and register if you’d like to take part.

On a personal note, I’m helping to organize a small, “private” (10-12 participants) tour of the Normandy battlefield in conjunction with well-known, Normandy-based French military historian Dominique François, author of Normandy: Breaching the Atlantic Wall, and many other histories; along with Martin K.A. Morgan, former research director of the National World War II Museum in New Orleans and author of Down to Earth: The 507th Parachute Infantry Regiment in Normandy; and yours truly.

Details are still sketchy, but we envision this “VIP” tour as taking about 10 days, involving 8-10 participants, costing about $2,000-$2,500 (excluding air fare), and taking place in June 2012. If this is of interest, contact me at WWIIQuarterly@gmail.com.

Now, pardon me while I go out and wave Old Glory one more time.