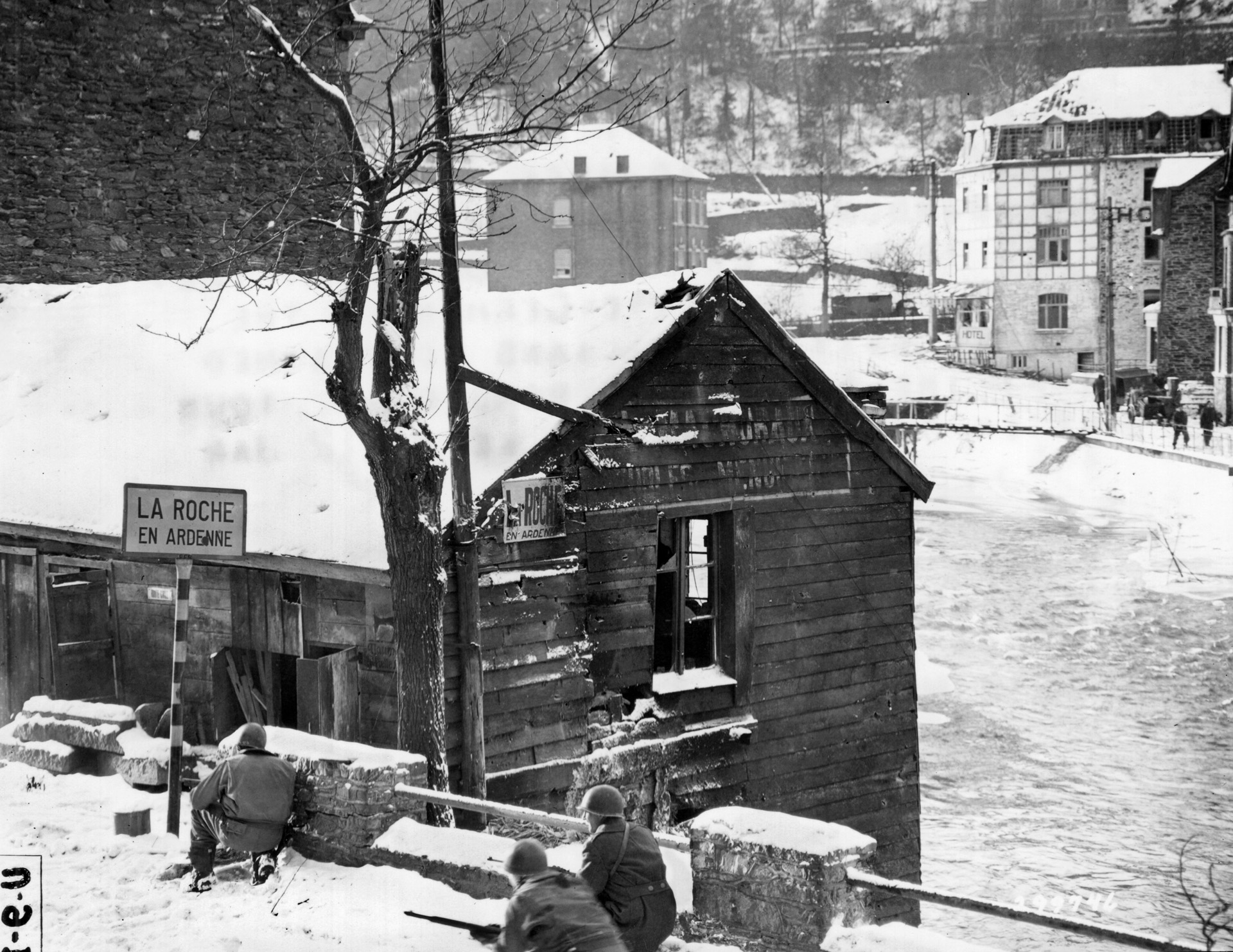 A Letter from a Bastogne Foxhole

This article appears in: Winter 2015

With 2014 being the 70th anniversary of the Battle of the Bulge, I wanted to share something from a close family friend our son’s age. He gave me a copy of a letter written by his late grandfather, Sergeant David Warman, a member of Company E, 18th Infantry Regiment, 1st Infantry Division.

In the Christmas Day 1944 letter to his mother and sister Rose, living in Washington D.C., Warman jotted down some of his thoughts during a lull in what has become known as the “Battle of the Bulge.”

“This is Xmas morning,” he wrote, “and I’m writing from a foxhole. The weather is very clear and sunny and there is slightly over 2 inches of snow which fell the other day. It is way below freezing and I’m wrapped in blankets as I write.

“As you know from the papers, the Germans have come out of their holes to put on a great drive to push us off their soil. They have mustered all their available power for this attempt for one of two reasons, I believe.
“First, rather than allow us to slowly but surely to advance to and over the Rhine, which would mean the total devastation of every town, village, and hamlet en route and the capture of such key industrial cities as Cologne, Coblentz, Duismund [sic], Essen, etc., they have decided to risk all on a big push of their own.

“If successful, they’d have us off their soil and the danger of losing their vital production areas removed for at least several months. This would be a tremendous morale booster for both the [German] military forces and the home front.

“Secondly, they have decided, rather than allow us to devastate the whole country which will take years of rebuilding at the present rate of destruction, it might be wiser to risk everything on one big assault. If successful, Hitler and his military machine are still in business, if a failure. They might as well quit and yield to terms set by the Allies.

“I don’t know how close I am to the truth in my analysis—I have very little information to go by (Stars and Stripes, the Army overseas daily). By the time you get this, the whole shindig here may well be over with….
“Germany’s greatest handicap is her lack of petroleum, and as long as we can keep it from her, she is sunk.

“I hear there is talk in Washington that Stalin may soon send a column against Germany. If this be true, then they certainly will be thru very shortly. Let’s hope the end is near and peace again comes to earth quickly and this time permanently.

“How are you both? I hope you have a happy holiday season and don’t have too many gloomy thoughts about me. True, my life is very uncomfortable and I might say uncertain, but I’m still around and who knows—I may get out without a scratch, so don’t worry about me.

“I don’t mind the danger as much as I do the long, hard marches with all the equipment and heavy overshoes. Another thing, I never know when I can write. It is quite possible for 2 weeks and more to go by without getting a chance to write, so don’t worry if there is little mail from me. But above all, keep writing me as often as you possibly can and keep me informed of things at home and what is going on in Washington and the nation.

“That’s all for now, dear Mama and Rose. I send you my love and best wishes for a Happy and Healthful New Year.”
Fortunately, Sergeant Warman did survive the war “without a scratch.”