During the Battle of the Bulge, Otto Skorzeny led hundreds of German commandos on an audacious mission behind enemy lines known as Operation Greif.
Carl Gnam
No comments
Categories: WWII

With a quarter of a million German troops pouring through the Ardennes Forest, three Americans fleeing in a jeep should have raised no alarm. But when they were flagged down a few miles to the west at Aywaille, Belgium, Privates Charles W. Lawrence, Clarence van der Wert, and George Sensenbach spoke poor English and did not know the password. A preliminary search revealed that, along with two Sten machine pistols, which were British weapons, they were carrying $900 and £1,000 in cash, not to mention Wehrmacht pay books. And under their olive drab fatigues they wore German field gray.

They turned out to be Sergeant Gunter Billing, Corporal Manfred Pernass, and Private Wilhelm Schmidt of the German 150th Panzer Brigade. It was Billing who, perhaps intentionally, dropped the real bombshell. He told interrogators that their mission was part of a massive secret commando raid, sent across the lines to infiltrate the Supreme Headquarters Allied Expeditionary Force and kidnap or kill no less than General Dwight D. Eisenhower, under orders from Adolf Hitler’s top commando, SS Lt. Col. Otto “Scarface” Skorzeny.

Among the Allies, few names were more infamous. In September 1943, Skorzeny had led a glider-borne commando assault on an Italian plateau to rescue former Italian dictator Benito Mussolini, spiriting Il Duce away in a light plane. When the regent of Germany’s last European ally, Hungary, had wavered on the brink of surrender, Skorzeny had kidnapped his son and led a German-backed coup, keeping Hungary in the war. If anyone could slip into Paris unnoticed and attack Ike in his own headquarters, it was Skorzeny.

He had learned tactics and won his dueling scars as a student in Vienna’s dueling societies, where the object was not necessarily victory with the saber, but remaining stalwart when receiving Schmissen, marks of honor. “Just as in dueling you must fix your mind on striking at the enemy’s head, so, too, in war,” he said. 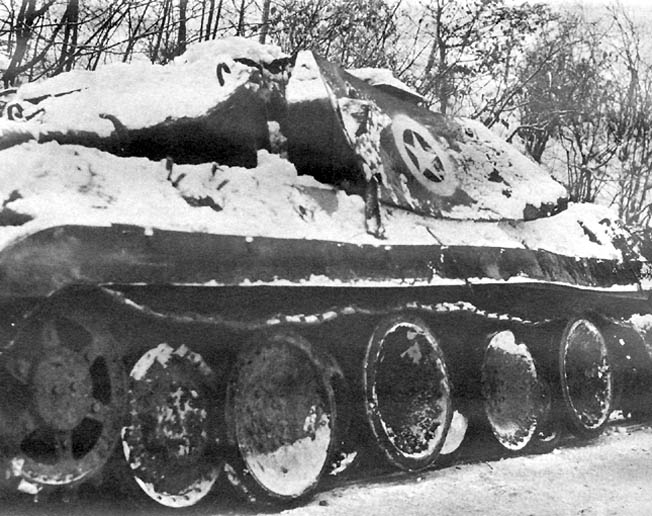 It was just such a blow Hitler had in mind when he summoned Skorzeny, fresh off his Hungarian success, to the Wolf’s Lair headquarters in October 1944. The German leader gave him hearty congratulations, a promotion, and the German Cross in gold. He also gave Skorzeny barely five weeks to assemble a full panzer brigade, more than 3,000 men, equipped and trained as Americans. The German commandos were, their orders instructed, “to go ahead [of the German December offensive] and seize one or more of the bridges over the Meuse between Liège and Namur…. Small detachments in enemy uniforms can cause the greatest confusion among the Allies by giving false orders and upsetting their communications.”

No Secret At All

The task would be made all the more difficult by Hitler’s explicit orders that Skorzeny, too valuable to risk, was not to cross the lines with his men. “I know you will do your best,” Hitler told him. “Of course, the most important thing of all is the strictest secrecy!”

Secrecy, however, went out the window almost immediately. An order to all Wehrmacht units, headed “Secret Commando Operations” and signed by no less than Field Marshal Wilhelm Keitel, called for English-speaking volunteers to report to Skorzeny. Knowing the enemy would hear of it, Skorzeny sought permission to cancel the entire operation but was denied. The Allies got wind of the order on November 30 but discounted it as a ruse.

With no idea of their mission, volunteers came from all branches of the German military. Fritz Christ, then a 21-year-old Luftwaffe private trained as an English translator, thought, “Wonderful! I am going to interrogate American prisoners of war and be well away from the fighting.”

This story was published in Military Heritage Magazine. 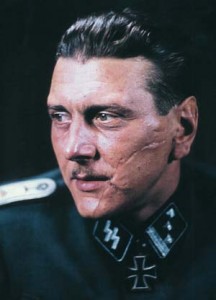 They were isolated behind wire in an “American School,” with security so tight that one man was shot when his letter home was too descriptive. Skorzeny’s deputy, SS Lt. Col. Willi Hardieck, drilled them in Americanisms—how to swear, slouch, chew gum, loiter, and march instead of goose step.

“We had to watch American films which showed us how the GIs saluted, and even how they smoked cigarettes, never right down to the butt, and put them out,” Christ remembered. “We were even given daily lessons in American slang.”

Sergeant Heinz Rohde, whose father lived in Woodstock, New York, spoke “Shakespearean English which was a devilish thing,” but enjoyed smoking Camels and Lucky Strikes. “We got the impression that we were perfect Yankees.”

Quite the contrary, Skorzeny thought: “After a couple of weeks the result was terrifying.” Of 2,500 men, only about 400 could speak schoolboy English, and just 10 were fluent. “The rest could just about say ‘Yes,’” he wrote, and advised them to “mingle with the fleeing Americans and pretend to be too flurried and overcome to speak,” admitting they “could certainly never dupe an American—not even a deaf one!”

Costumes & Props to Support the Masquerade

“Those with no English were instructed to exclaim, ‘Sorry,’ if they were approached by Americans,” remembered Christ, “and then to open their trousers and hurry off feigning an attack of diarrhea.”

More promising candidates were slipped into POW camps to polish their skills. The best formed commando teams under SS Captain Ernst Stielau. They were to infiltrate ahead of the offensive, spreading confusion and destruction and reconnoitering the all-important Meuse bridges. Meanwhile, Skorzeny’s main force, in American tanks, would mingle with the enemy retreat and push through to capture the bridges, perhaps as early as six hours into the offensive.

The masquerade required costumes and props, but by mid-November Panzerbrigade 150 was still short 1,500 American helmets and half the requested American guns and ammo. Many of the uniforms supplied were British, Polish, or Russian, or summer issue, or had bloodstains or POW markings. Instead of 20 Sherman tanks, 30 American armored cars, nearly 200 trucks, and 150 jeeps, Skorzeny got just two Shermans (one of which soon broke down), four armored cars, and about 30 jeeps. The rest of his equipment was German: five Panther tanks, six armored cars, six armored personnel carriers, and five Sturmgeschutz III assault guns. They were disguised with sheet metal cladding, olive drab paint, and white star insignia, but would fool, as Skorzeny himself admitted, only “very young American troops, seeing them from very far away at night.”

The code name for the operation, Greif, translated as “griffin,” the lion-bird of mythology, but also (and perhaps not coincidentally) as “grab.” In light of their commander’s reputation, his men’s imaginations ran wild. One young lieutenant offered his intimate knowledge of Paris “because we are going to dash across France through the American Army and capture Eisenhower’s headquarters.”

Skorzeny let the rumor work for him: “Don’t mention it to anyone. When the time comes I’ll call on you.”