The Most Exciting Time in History

Get your personal guide to the Great Conflict: Subscribe today to WWII Quarterly! 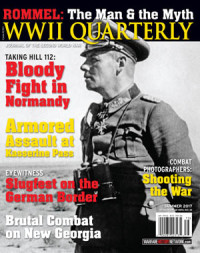 I know some people will disagree with me on this, but I firmly believe that World War II was the most crucial, most important, period in human history. Between the Nazis marching into Poland in September 1939 and the Japanese signing the final surrender six years later, the world changed like never before. The future course of America and the entire world was established.

No time before or since was more destructive to man and man’s creations. No one alive was untouched by it. No nation was spared the cost and the horror.

And no one should ever forget.

That is why I am very pleased to tell you about about an exciting and enduring new way to gain fresh knowledge and deeper understanding of the causes, the fighting, and the outcome and legacy of the Second World War.

It’s WWII Quarterly, the hardcover journal of the Second World War that is not available in bookstores or on newsstands, and can only be obtained and collected through a personal subscription through the mail. 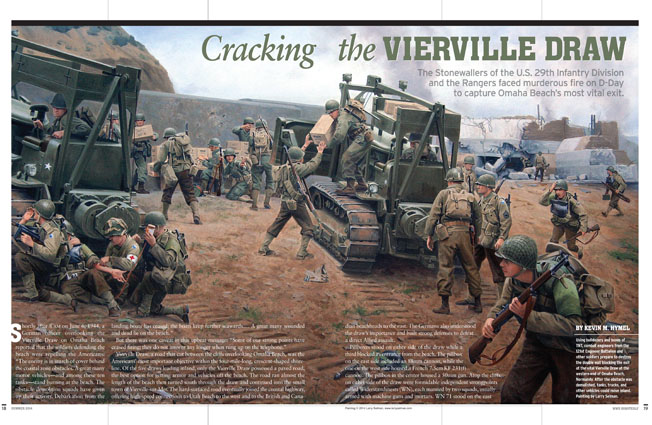 Every print edition of this quarterly issue is carefully hard-bound and printed in vivid color on thick, luxurious, oversized paper.

The spine of each volume is printed with the title and issue date for quick and easy reference on your bookshelf. The covers are even washable to make sure that they always look great as you build your collection, volume by volume, four times a year.

Each 98-page edition brings a specific segment of the war to life in a way that’s quite different form the rehashed “war stories” or accounts that you’ve read many times over.

Not to sound too cliche, but it’s real you-are-there stuff in these pages.

And it’s all brought to you by authors who have been specifically recruited for their ability to bring you the real taste and feel of the battles, the strategies, the tactics, the weapons, and the technology that made it all happen.

From “Kilroy Was Here” to Never-Before-Seen Photographs

Our writers are the kind of pros you would be glad to go out of your way to hear at a seminar or lecture when they present their knowledge of what is was like on the front lines, in the battle strategy tents and in the decision-making capitals of the world.

But now you don’t have to go out of your way to spend time in the company of these experts. You can do it from the comfort of your own home with WWII Quarterly.

For example, you’ve probably read how Hitler’s “Atlantic Wall” was heralded as a mighty series of bunkers and artillery pieces that was impenetrable against an Allied invasion. But WWII Quarterly reveals to you that it was anything but.

Or… Why did the Soviets launch a massive offensive in a secondary theater against little Finland in June 1944? WWII Quarterly fills you in on all the details and shows you how this conflict played an important role in the Allies’ plans for the Normandy Invasion.

Then there’s the abrupt halt of Patton’s Third Army during their lightning-fast march toward Hitler’s Third Reich in northeastern France. After racing 400 miles in less than one month’s time, the fabled general found himself mired in a morass of fuel shortages, flooded rivers and fresh panzer opposition. Inside the pages of WWII Quarterly, we bring you the whole story.

And how about places in the headlines today that were battlegrounds 70 years ago? WWII Quarterly looks back at earlier fighting in Baghdad, Fallujah, Mosul and other Middle East battlegrounds, some of which featured combatants riding on horses and camels.

This is just a taste of the in-depth coverage of the battles, officers and combatants that you will find in each issue of WWII Quarterly.

These exclusive treatments all by themselves would be reason enough for you to subscribe. Yet, WWII Quarterly also brings you much, much more. 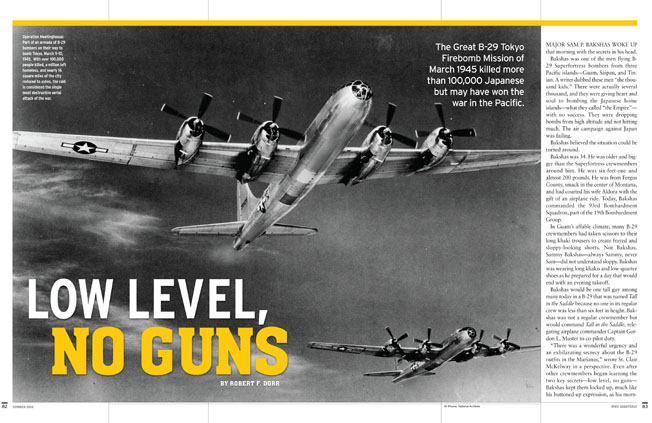 Not Only the Battles, but Also the Politics, the Personal Stories and Hidden Agendas

And you’ll also dig into peripheral areas of the War that were almost lost to time. Was Rudlof Hess actually murdered? Why did the U.S. Army train dogs to jump out of airplanes? What top secret project did the U.S. conduct to keep tabs on its Soviet ally during and after the War? How did soldiers of the liberating divisions deal with the psychological trauma of discovering the Nazi death camps?

And an interpretative editorial by editor Flint Whitlock kicks off each issue with keen insight that sets the stage for the war scenarios you’re about to delve into.

Speaking of staff, you should also know that WWII Quarterly comes to you from Carl Gnam’s Sovereign Media. Carl is very well known throughout the military publishing world as the founder of most of the history magazines being published today, including Military Heritage, Civil War Quarterly and others.

It has been my privilege and pleasure to work side-by-side with Carl and his staff over the years to bring history buffs like you the highest-quality, best written and highly-interpretative history magazines available anywhere.

In producing WWII Quarterly, Carl and I, along with our editors and contributors, are continually scouring through thousands and thousands of documents from the National Archives, Imperial War Museum, Bundesarchiv and other historic military collections to illustrate this publication with never-before-published photographs, paintings and maps.

The interest among curious, hungry-to-know people in as strong as it has ever been. Generations of people born long after the war are still fascinated by the triumph of right over unspeakable evil that was the Second World War. It’s a story, history and legacy that must never be forgotten. Please join me and our staff in keeping it all alive, and understanding it all better, by beginning your no-risk subscription to this unique collector’s series today.

P.S. Less durable, regular paperbound issues of WWII Quarterly are currently available on select newsstands. But now, you can get everything World War II Quarterly has to offer through our digital newsstand!