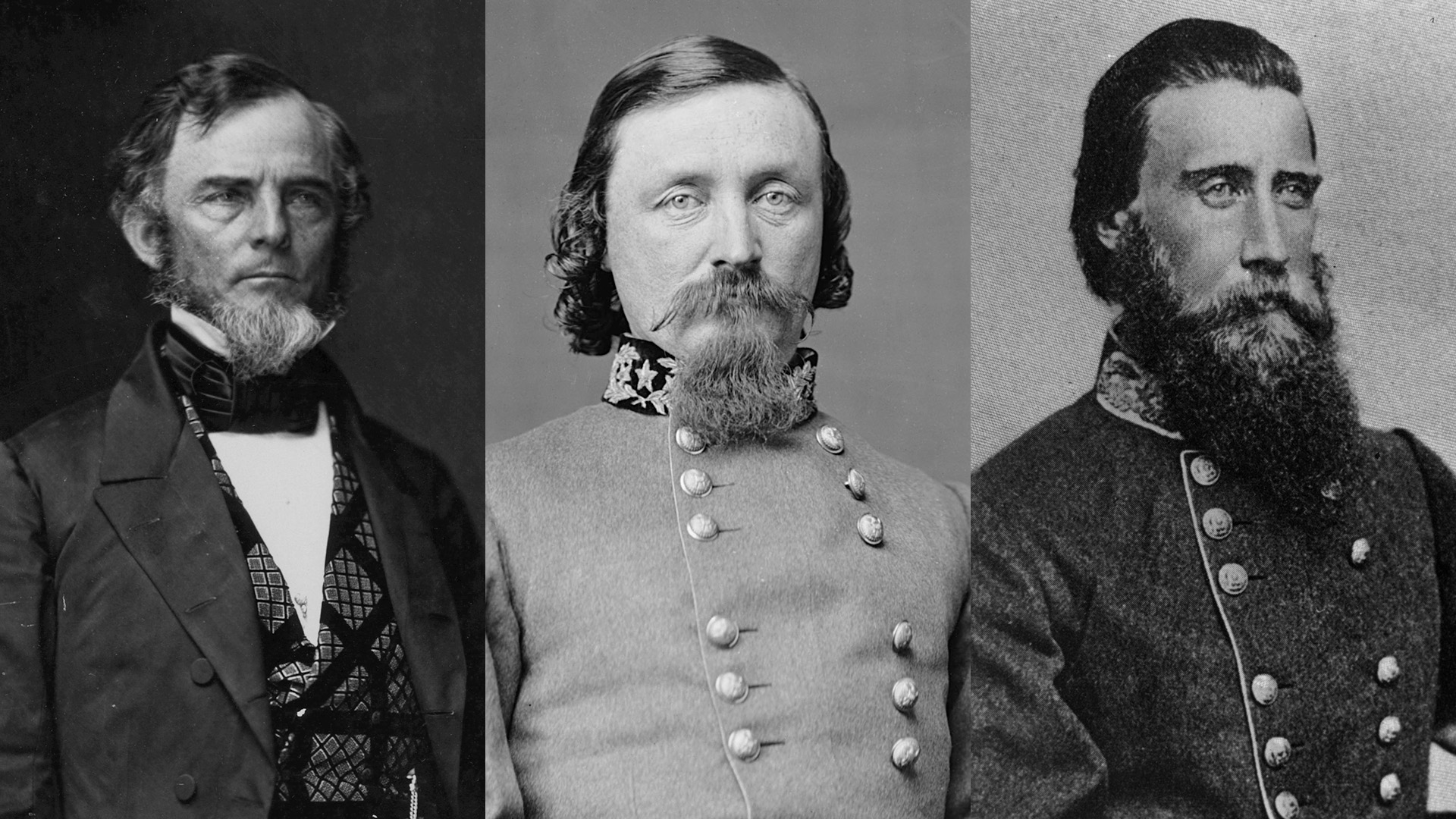 During the American Civil War, there were nearly 900 officers in non-militia service who were appointed to become generals. Here, Military Heritage editor William Welsh shares his list of the worst Civil War generals and commanders.

The Worst Civil War Generals on the Confederacy

Confederate Maj. Gen. Gideon Pillow. After gaining ground trying to cut an escape path for the Confederates during the February 1862 siege of Fort Donelson by Union forces led Brig. Gen. Ulysses S. Grant, Pillow pulled the troops back to the fort to resupply them. As a result, he relinquished ground paid for with his soldiers’ blood. Fearful of capture, he turned over command to Brig. Gen. Simon Bolivar Buckner and fled the fort on the night of February 16 in a boat that carried him across the Cumberland River to safety. For his cowardly performance, Pillow was severely reprimanded. Nevertheless, he commanded a brigade in Maj. Gen. John C. Breckinridge’s Division at Stone’s River, where once again he demonstrated his incompetence and cowardice, making him one of the worst Civil War generals who fought for the Confederacy.

Confederate Lt. Gen. Theophilus Holmes. Confederate General Robert E. Lee transferred several generals, one of whom was Holmes, out of the Army of Northern Virginia following the Seven Days Battles. Holmes had a talent for sitting on the sidelines and finding excuses not to attack, as he did at Malvern Hill. In his next post in the Trans-Mississippi Department, he failed to protect the Mississippi River outposts and refused to reinforce Vicksburg.

Confederate Maj. Gen. George Pickett. As the war wound down, so did Pickett’s performance. At Five Forks he was at a shad bake with cavalry officers two miles from his post when the Federals attacked. By the time he returned, it was too late to reverse the Federal gains. Lee publicly scolded him for his negligent performance.

Confederate Lt. Gen. John Bell Hood. In mid-July 1864, Confederate President Jefferson Davis replaced Army of Tennessee commander Joseph Johnston with John Bell Hood. Hood was an aggressive general who liked to attack no matter what the odds. He proceeded over the next several months to wreck the Army of Tennessee at Atlanta, Franklin, and Nashville.

Union Maj. Gen. Benjamin Butler. As military governor of New Orleans in 1862, Butler engaged in corrupt and unethical practices. “Beast Butler,” as the Southerners called him, was an inept military commander as shown by his poor generalship at Big Bethel in 1861 and later as commander of the Army of the James in 1863-1864. At Bermuda Hundred, Butler proved himself totally incapable of brushing aside a thin screen of Confederates under General P.G.T. Beauregard that kept his two corps contained. Lt. Gen. Ulysses S. Grant could not wait to remove him from command.

Union Maj. Gen. John Pope. Pope was the subject of derision by his enemies and also many of his own men. Lincoln transferred Pope from the West to the East in summer 1862 to command the newly created Army of Virginia, which was tasked with covering northern Virginia while Maj. Gen. George B. McClellan campaigned on the Virginia Peninsula. Pope issued a pompous introductory address to his troops on July 14, 1862, which was full of self-praise but lacking little appreciation for his opponents’ military skills. The Kentuckian led his army straight into a trap at Second Manassas and was crushed by General Robert E. Lee’s powerful army.

Union Maj. Gen. Ambrose Burnside. Burnside’s failures are some of the most infamous of the conflict, and some consider him one of the worst Civil War generals on both sides of the conflict. He seemed to have no tactical gifts whatsoever. At the Battle of Antietam in September 1862, he dithered all day on the Union left flank failing to brush aside Toombs’ Brigade with his IX Corps. His failure is memorialized by the bridge on the battlefield that bears his name to this day. As commander of the Army of the Potomac at Fredricksburg in December 1862, his frontal assault on the impregnable Confederate position resulted in the senseless death of thousands of Yankees.

Union Maj. Gen. George McClellan. Although a great logistician and strategist, he lost his nerve when victory was near in the Peninsula and Antietam campaigns. In the final battles of the Peninsula Campaign, he opted to sit out the battle on a Union gunboat in the James River, leaving battlefield command to subordinates who had more guts than he did.

Union Maj. Gen. Nathaniel Banks. One of President Abraham Lincoln’s political generals who was elevated above experienced West Point graduates, Banks performed poorly in the Shenandoah Valley in 1862, and afterwards with the Army of the Gulf where he failed utterly in the Red River Campaign in 1864. “One damn blunder from beginning to end,” said Maj. Gen. William T. Sherman of the Red River Campaign.

Union Maj. Gen. Franz Sigel. The German-born general put in poor performances in summer 1864 in the Shenandoah Valley where he was first defeated by Maj. Gen. John Breckenridge at the Battle of New Market. Later that summer at Harper’s Ferry he failed to attempt to delay Early’s army as it marched on Washington.

2 thoughts on “The Worst American Civil War Generals and Commanders”