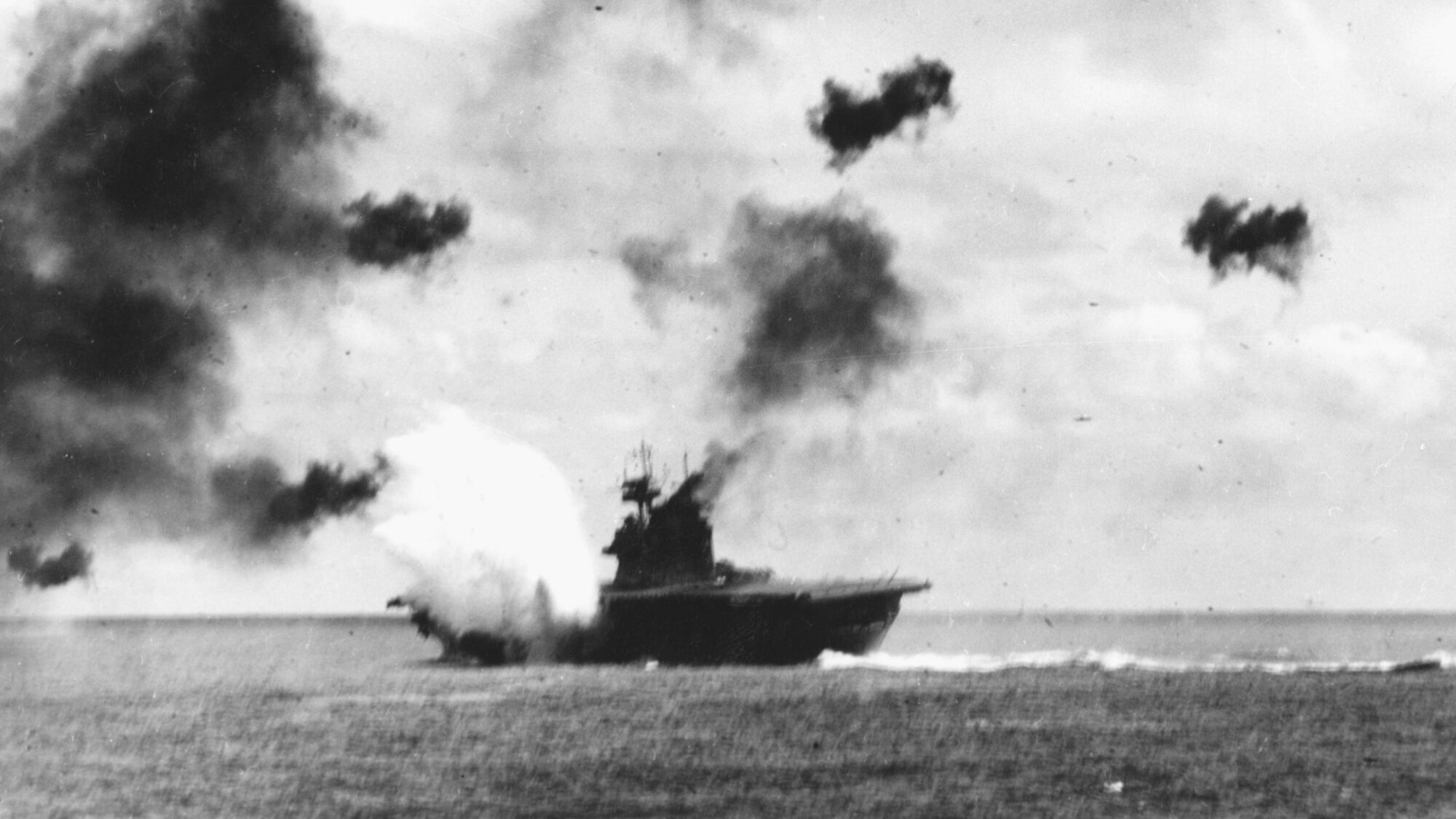 The Imperial Japanese Navy lost four aircraft carriers and the initiative in the Pacific during the Battle of Midway, turning point in World War II.

Six months after the attack on Pearl Harbor, Admiral Isoroku Yamamoto, commander of the Combined Fleet of the Imperial Japanese Navy, sought to extend Japan’s defensive perimeter in the central Pacific with the seizure of Midway atoll, about 1,300 miles west of Hawaii. Yamamoto intended to occupy Midway and lure the U.S. Navy into a decisive battle during which his superiority in warships, particularly aircraft carriers, and planes would destroy American naval power, leaving Hawaii and possibly the West Coast of the United States open to attack. The Japanese would end up losing the Battle of Midway, and the outcome would serve as a turning point for the entire Pacific Theater.

Yamamoto devised a complex plan that included a diversionary feint toward the Aleutian Islands far to the north and the division of his naval forces into a carrier group, battleship group, and landing group. Unknown to the Japanese, U.S. Navy cryptanalysts had cracked the Japanese naval code and determined that the primary target of the forthcoming Japanese offensive was Midway. Moreover, the Japanese believed they had sunk the carrier USS Yorktown during the recent Battle of the Coral Sea. However, the Yorktown had been severely damaged and underwent sufficient repairs to rejoin the U.S. Pacific Fleet in only 72 hours. Rather than facing only the American carriers Enterprise and Hornet, Yamamoto would have to contend with three carriers.

Nevertheless, Yamamoto ventured toward the Battle of Midway with overwhelming superiority, including the four powerful aircraft carriers Akagi, Kaga, Soryu, and Hiryu under the command of Admiral Chuichi Nagumo. American admirals Frank Jack Fletcher and Raymond A. Spruance rendezvoused northeast of Midway and waited. 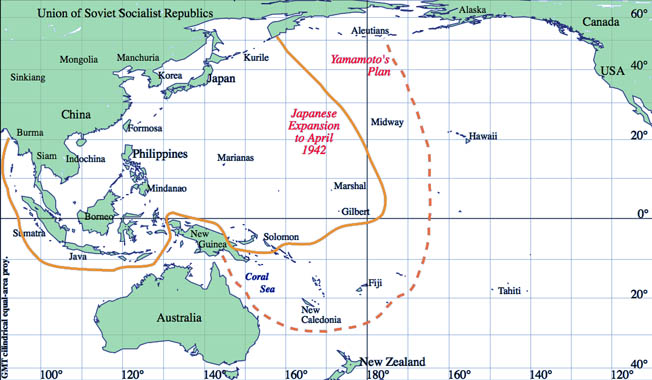 Why the Japanese Lost the Battle of Midway

The outcome of the Battle of Midway turned on Nagumo’s decision to change the armament carried by his planes to attack naval rather than land targets on Midway after an American carrier, presumably the Yorktown, was sighted. On the morning of June 4, 1942, American carrier planes attacked Nagumo’s force. The Americans had failed to mount a coordinated attack, and U.S. torpedo planes, attacking alone, were slaughtered. At the crucial moment, with the decks of the Japanese carriers full of rearming and fueled aircraft and fighter cover chasing the torpedo planes, American dive bombers attacked and destroyed Akagi, Kaga, and Soryu.

Retaliatory strikes by Japanese planes from Hiryu crippled the Yorktown, and the carrier was later sunk by a Japanese submarine. Subsequently, Hiryu was sunk by American dive bombers.

Midway, fought June 4-7, 1942, was the turning point of World War II in the South Pacific. Yamamoto’s plan was shattered, and the Imperial Japanese Navy never recovered from the loss of four frontline aircraft carriers and irreplaceable pilots and aircrews. (Read all about Midway, Pearl Harbor, and every key moment in Second World War history by subscribing to WWII History magazine.)