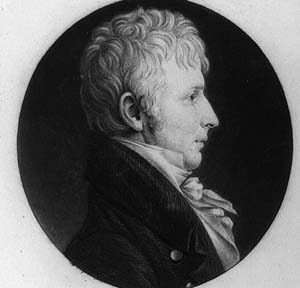 General William H. Winder's inept command during the Battle of Bladensburg lead many to list him among the worst leaders in history.

During the War of 1812, General Winder would mount the last defense of Washington D.C. before it was ransacked by British forces in 1814. Amassing approximately 7,000 militiamen south of the capital, Winder’s blunders would cause many to label him as one of America’s worst leaders in history. His failures began with his ineffective battle arrangement and lack of communication.
[text_ad]

In preparation for the Battle of Blandensburg, Winder would position his first two lines a mile apart at different elevations, disallowing the second line from defending the forward positions. Winder also neglected to inform his men that a third line of marines and flotilamen would be composed as the battle ensued.

The main British force of 4,500 engaged the undisciplined and unorganized American forces at the Battle of Blandensburg. Though Winder wielded superior numbers, he had ordered his only trained troops to guard supply depots and now irrelevant bridge crossings, which would prove costly. Seeing the absurdity of this strategy, President James Madison would eventually overrule Winder’s orders, allowing Commodore Joshua Barney and his marines to reinforce Winder’s militia at the Battle of Blandensburg.

As Barney’s marines arrived at Blandensburg and set up defensive positions, they were met by waves of retreating militiamen supposedly under the command of Winder. Once the marines entered the battle, they were able to repel two advances by British forces and coordinate a successful counterattack supported by the remaining militiamen.

At this point in the fight, American and British officers believed that Winder could have taken control of the battle and salvaged the capital for at least another day. Instead, Winder ordered a general retreat and left Barney’s 450 marines and flotilamen to combat 1,500 British regulars without support. The battle would soon be lost and Washington burned.

Winder would later go through court marshal proceedings for what would become known as the “Blandensburg races,” aptly describing the speed with which Winder’s men fled the battle. The nation watched as the seat of their new republic burned, solidifying one of the darkest moments in American military history.