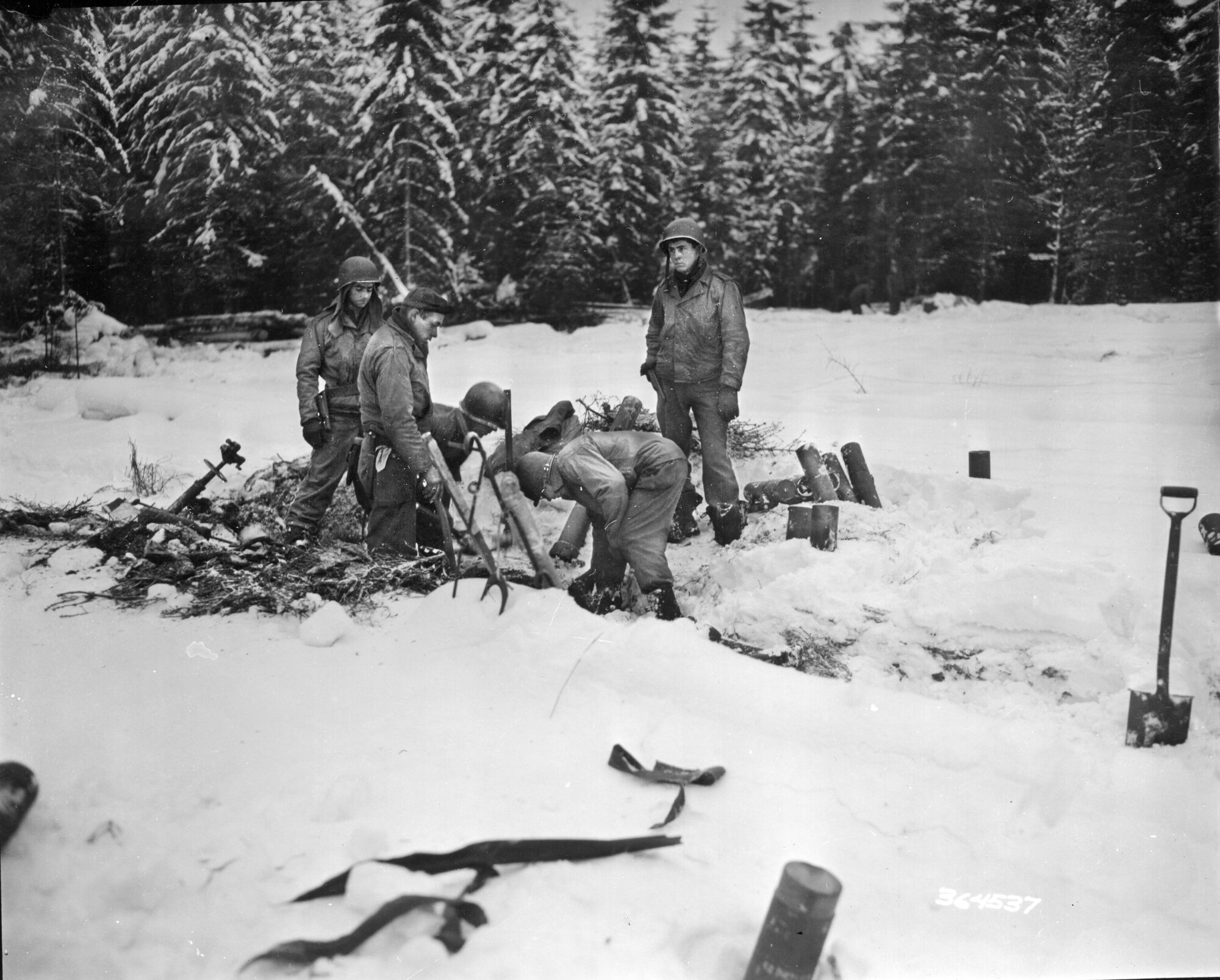 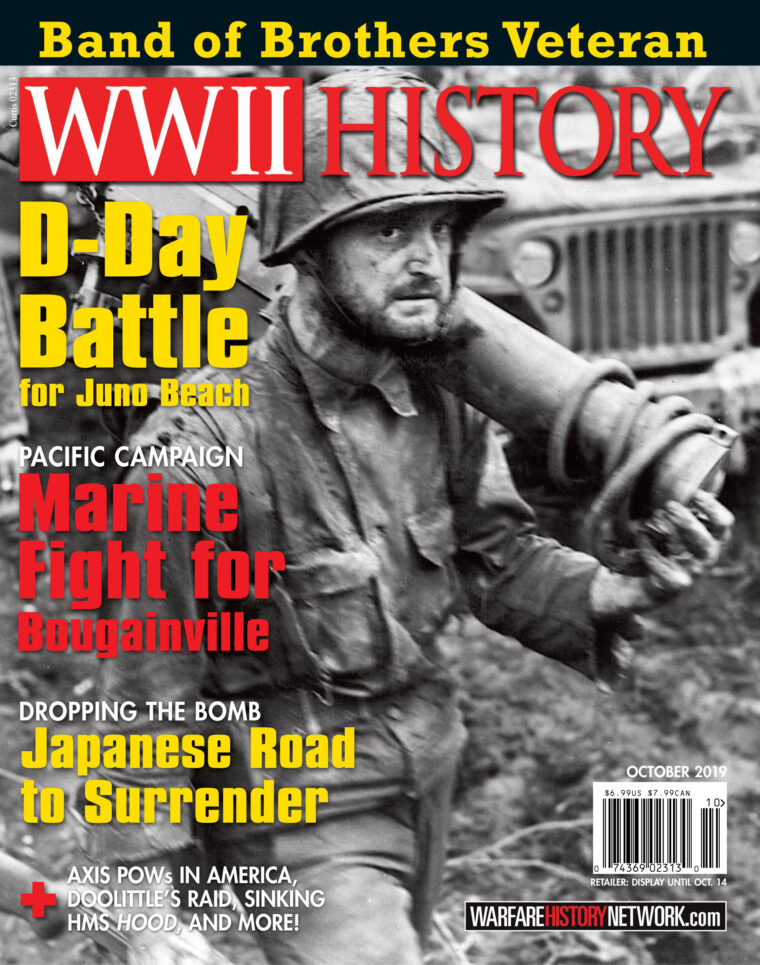 Cover: A weary Marine carries a machine gun down a jungle trail on New Britain, part of the campaign to isolate the Japanese stronghold of Rabaul.
Photo: National Archives 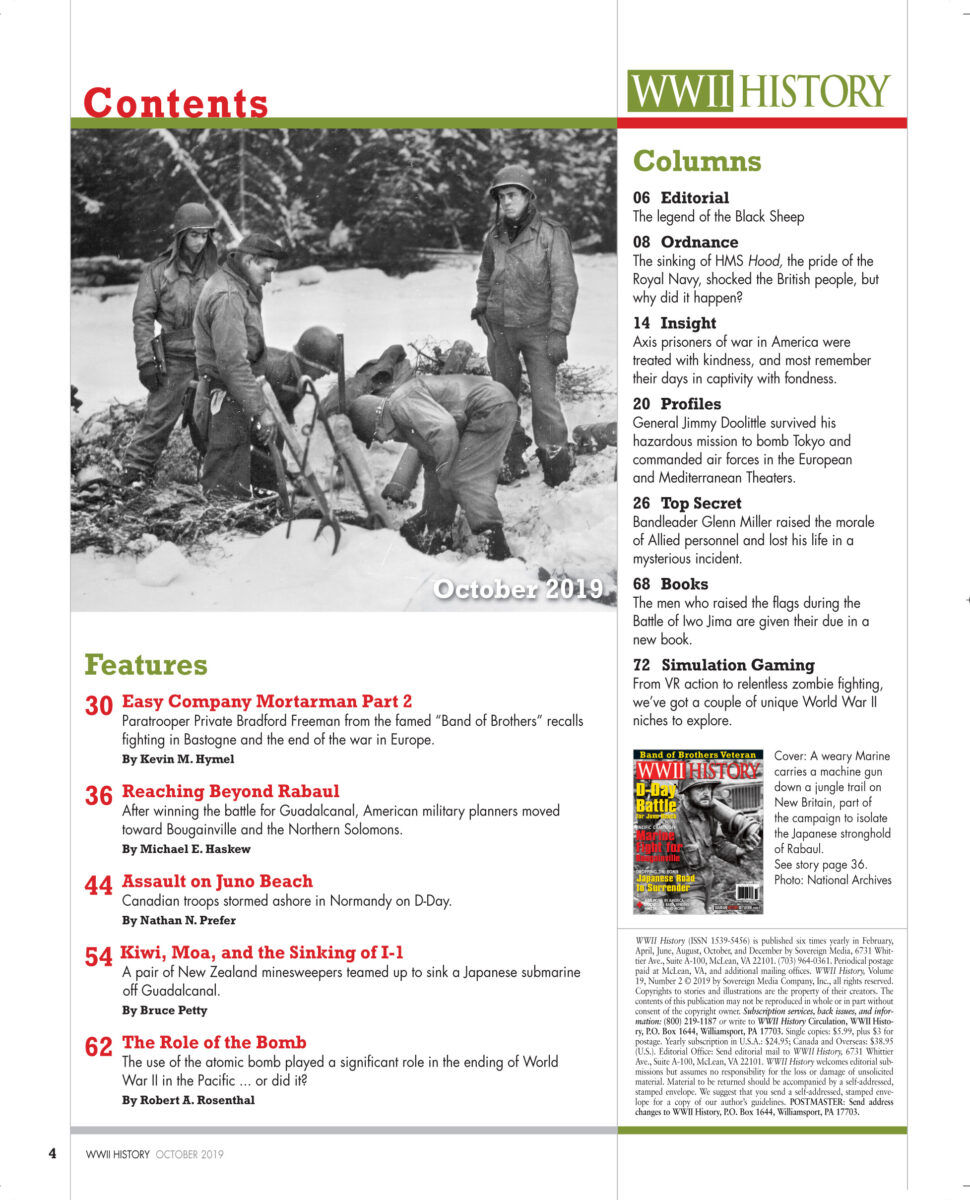 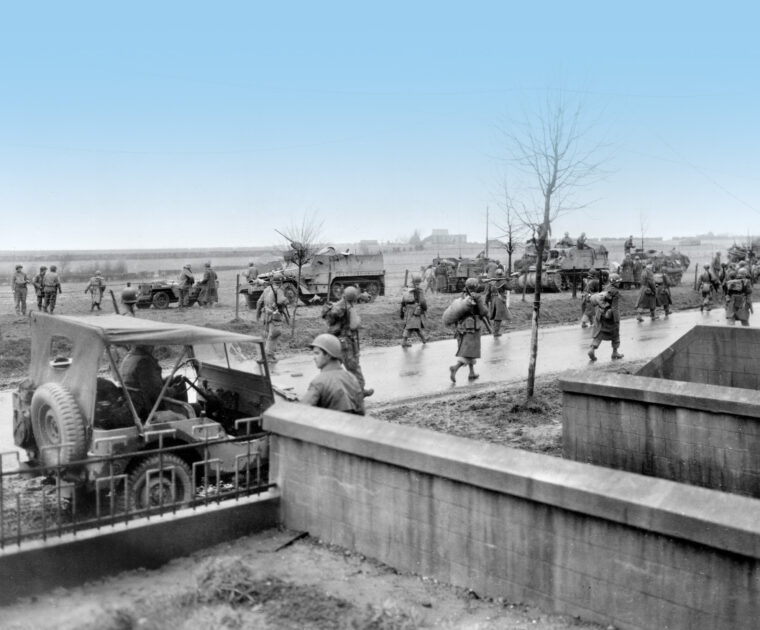 When word reached 21-year-old Private Bradford “Brad” Freeman in Mourmelon-le-Grand, France, that the entire 101st Airborne Division was being put on 24-hour alert for movement to the front, he was neither surprised nor shocked. Read more

The Fight for Bougainville

The bloody fight for Guadalcanal, where the string of Japanese conquests in the Pacific had finally run its course, was a turning point of World War II. Read more

Most students of World War II know that there were five invasion beaches included in Operation Overlord, the invasion of northwestern Europe, on June 6, 1944. Read more

Gordon Bridson was born in Wellington, New Zealand, in 1909, but shortly thereafter his family moved to Auckland, where he attended Auckland Grammar School. Read more

Why the U.S. Dropped the Atomic Bomb on Japan in WWII

By Robert A. Rosenthal

How did we get to dropping an atomic bomb on Hiroshima? Who was responsible? Where and when did it begin? Read more 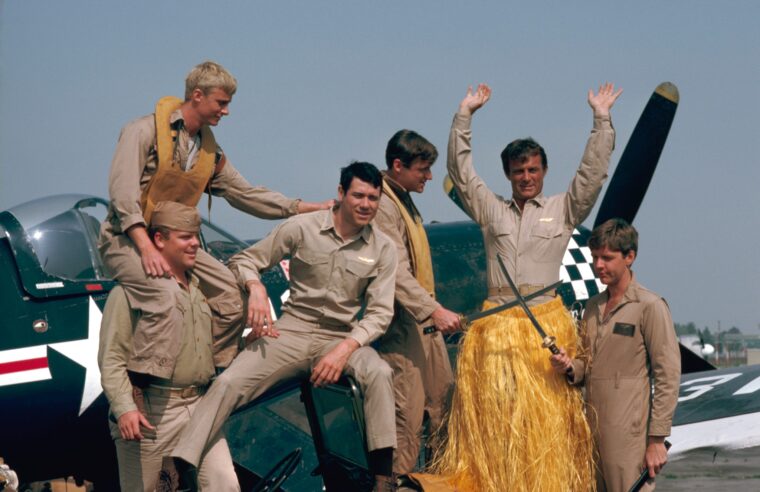 The Legend of the Black Sheep

The Hood Has Blown Up!

In one of the most gripping scenes of the 1960 motion picture Sink the Bismarck! the viewer is witness to the climactic moment of the Battle of the Denmark Strait on May 24, 1941. Read more

Italian, Japanese and Nazi POWs in America: Strangers Within our Gates

For William “Red” Verzola, Friday night was the liveliest night of the week. That was when a group of soldiers from Camp Myles Standish in Taunton, Massachusetts, made their regular pilgrimage to Charlie Pino’s Victory Club, just up the road in the tiny town of Norton, to enjoy a few beers and a couple of hours of relaxation. Read more

Jimmy Doolittle: The Warrior from Shangri-La

Shortly after the Japanese sneak attack on Pearl Harbor on December 7, 1941, President Franklin D. Roosevelt remarked that he would like to bomb the enemy homeland in revenge as soon as possible. Read more 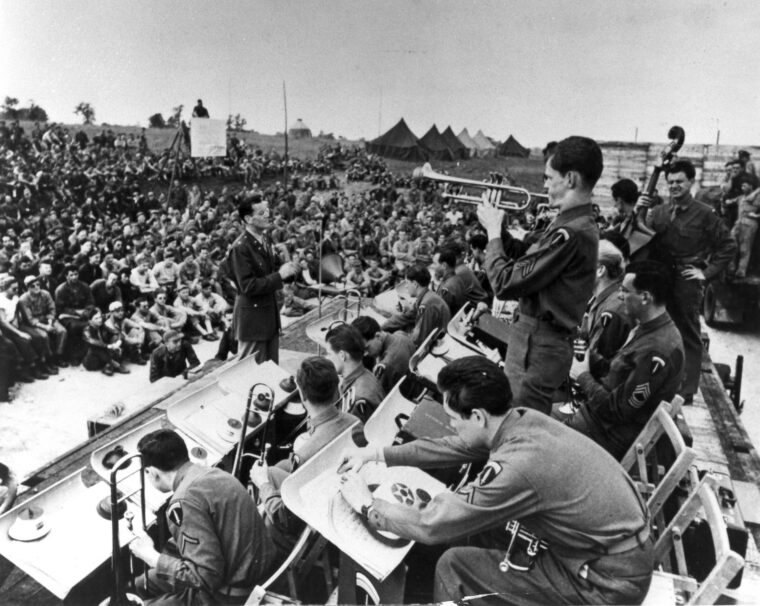 Hero with a Horn

One of the best known and most effective champions of the Allied cause in World War II was a dour, slightly built Iowa native wearing rimless glasses who never fired a shot in anger and collected no ribbons for gallantry. Read more

To the Summit of Suribachi

In the predawn darkness of February 23, 1945, a patrol went out toward the towering mass of Mount Suribachi. Read more

From VR action to relentless zombie fighting, we’ve got a couple of unique World War II niches to explore.

With the Blitzkrieg fast approaching the Allied front, chances of survival are slimmer than ever. It’s going to take a bold soldier with an experimental M-4 Sherman tank at his disposal to help increase those odds in the slightest and, as you may have guessed, that soldier is YOU. Read more