Hasan ibn al-Sabbah and the Assassins of the Middle East

The Assassins were a much-feared fighting group in the late 11th century. But what was their origin? And what did their name mean?

Saladin was one of the few leaders in the Mideast during the Crusades to incur the wrath of the infamous cult of Assassins, and survive. The Assassins’ strength came from the fanatical loyalty of their members, due in part to a carefully woven cloak of mysticism.

Hasan ibn al-Sabbah founded the Assassins in 1090 as a splinter group of the Shi’ites. Once he had control of the mountaintop fortress of Alamut in northern Syria, he began expanding his political power through war and assassination.
[text_ad]

Awakening in a Secret Garden Paradise

At his court, Hasan and his successors gathered teenage boys with fighting potential. Drugged with hashish, they would awaken in his secret garden. (Our word “assassin” comes from “hashasheen,” a drinker of hashish.) Surrounded by beautiful women, they were led to believe they were in Paradise. After a few days, they were re-drugged and returned to the palace. To return to the garden they would have to follow Hasan’s orders. The desire to die so they could return to Paradise made them immune to fear.

Saladin incurred the wrath of the Assassins when he executed Shi’ite leaders in Egypt. Rashid al-Din Sinan, the Assassin leader at the time, would likely have viewed him as a threat anyway as his power increased. An appeal for help from the governor of Aleppo prompted the Assassins to strike. 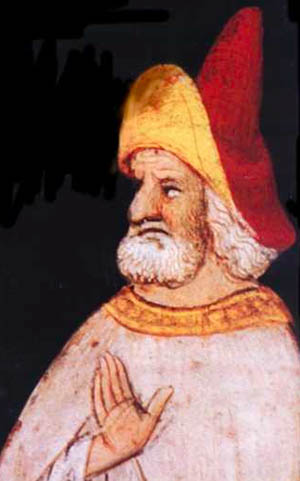 Saladin survived the first two attempts on his life. His bodyguards killed an Assassin trying to reach him, and his chain mail and helmet deflected knife thrusts during another attempt.

Shrouded in Myth and Legend

Being a warrior, he wanted to attack. After dismissing men whose loyalty he questioned, he led the remainder to Masyaf, the Assassin stronghold near Aleppo. What happened during the week-long siege is shrouded in the mists of myth and legend. One tale says Saladin awoke one morning to find a dagger buried in the ground near his head with a message from the Assassins attached. Another tells how Saladin surrounded his tent with a circle of loyal men, and covered the ground in between them and his tent with flour. No one reported anyone trying to pass through the lines during the night, but in the morning there were footprints in the flour.

One tale spread by the Assassins was that Sinan and Saladin met face-to-face. Sinan wanted them to be alone, but Saladin insisted that two loyal guards remained. When Sinan asked the guards if they would kill Saladin if he ordered it, they revealed that they were Assassins when they drew their daggers and vowed to kill him.

In all likelihood, Saladin and Sinan reached an agreement. The Assassins made no further attempts on his life, and the sultan lifted the siege after a week.

By 1192, the Assassins were allied with Saladin. The Third Crusade had begun, and Saladin faced the armies of Richard I of England and Frederick Barbarossa. Just days after his election as King of Jerusalem, Assassins killed Conrad of Monteferrat. Saladin apparently ordered the assassination to spread terror within the Crusader camp.

This article was originally published in June 2014.