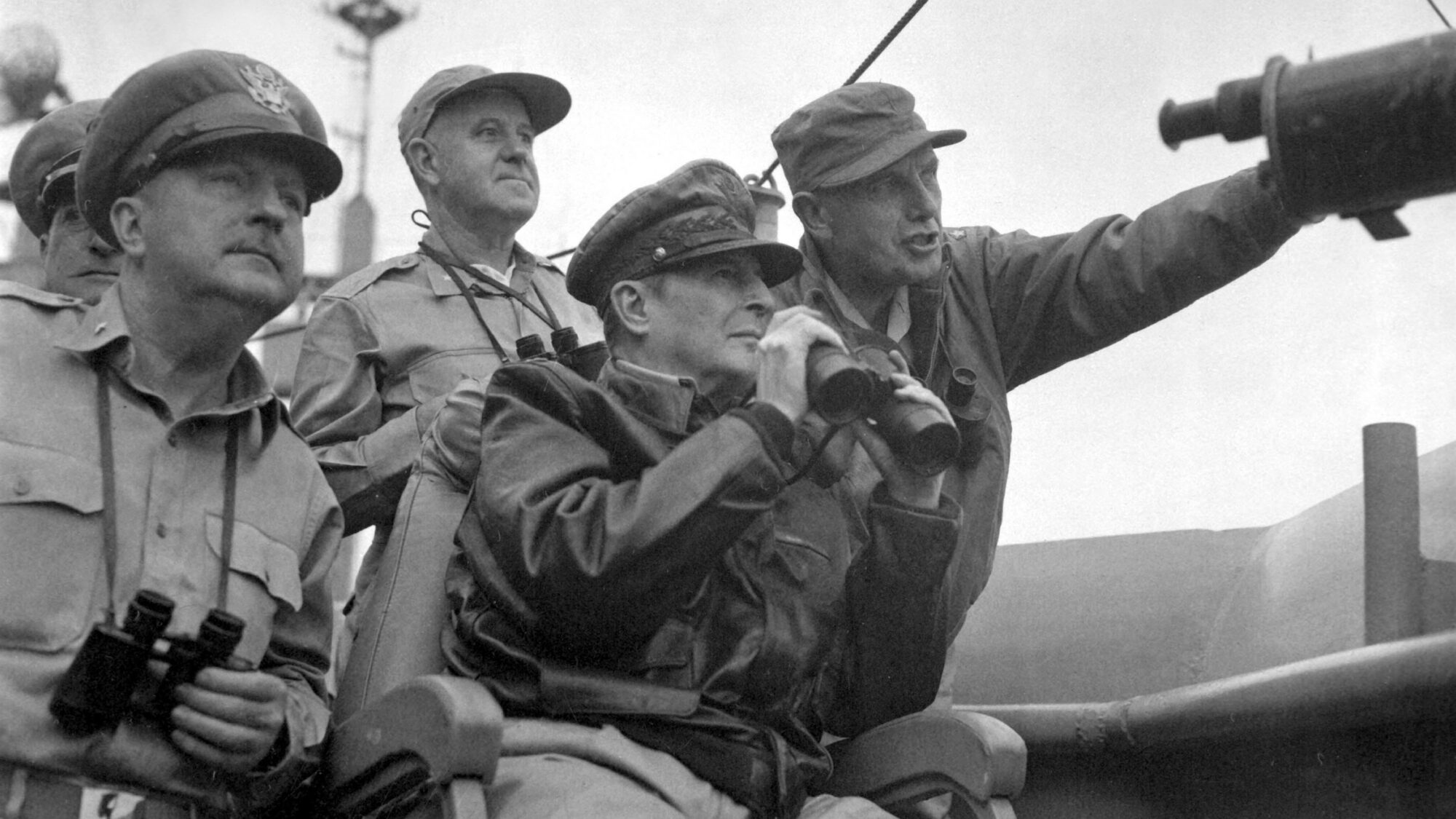 Douglas MacArthur wanted to use atomic bombs to contain China and ultimately win the Korean War.

In his 1964 book Gen. Douglas MacArthur (Gold Medal Books, Greenwich, Conn.), Bob Considine writes, “MacArthur’s final plan for winning the Korean War was outlined to this reporter in the course of an interview in 1954 on his 74th birthday. … ” “Of all the campaigns in my life—20 major ones to be exact—the one I felt the most sure of was the one I was deprived of waging properly. I could have won the war in Korea in a maximum of 10 days, once the campaign was under way, and with considerably fewer casualties than were suffered during the so-called truce period. It would have altered the course of history.

“The enemy’s air would first have been taken out. I would have dropped between 30 to 50 tactical atomic bombs on his air bases and other depots strung across the neck of Manchuria from just across the Yalu at Antung (northwest tip of Korea) to the neighborhood of Hunchun (northeast tip of Korea near the border of the USSR).

“That many bombs would have more than done the job! Dropped under the cover of darkness, when his planes were in for the night, they would have destroyed his air force on the ground, wiped out his maintenance and his airmen. …

“With the destruction of the enemy’s air power, I would then have called upon a half million of Chiang Kai-shek’s troops, sweetened by two U.S. Marine divisions. These would have been formed into two amphibious forces. One, totaling four-fifths of my strength and led by one of the Marine divisions, would have landed at Antung and proceeded eastward along the road that parallels the Yalu.

A Wall Of Man and Fire Power

“The other force, led by the other Marine division, would have landed simultaneously at Unggi or Najin in the east, hit the same river road, and moved very quickly westward. … [The] forces could have joined in two days, forming a wall of manpower and firepower across the entire northern border of Korea. … 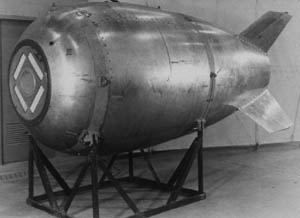 “Now, with the northern border sealed, the 8th Army, spread roughly along the 38th Parallel, would then have put pressure on the enemy from the South. The joined amphibious forces would press down from the North. Nothing in the way of supplies or reinforcements could have moved across the Yalu.

“North Korea, holding not less than one million to 1 1/2 million of the enemy, could not have sustained him. It had been picked clean. The enemy commander would have been starved out within 10 days after the landings. I suggest now he would have sued for peace immediately after learning his air had been taken out and we had spread across his supply routes.

Sowing A Sea Of Radioactive Cobalt

“You may ask what would have prevented the enemy’s reinforcements massing and crossing the Yalu in great strength, as they had before. It was my plan as our amphibious forces moved South to spread behind us—from the Sea of Japan to the Yellow Sea—a belt of radioactive cobalt. It could have been spread from wagons, carts, trucks and planes. It is not an expensive material.

“It has an active life of between 60 and 120 years. For at least 60 years there could have been no land invasion of Korea from the North. The enemy could not have marched across that radiated collar I proposed to put across Korea’s neck.

“Russia? It makes me laugh when I recall the fears of the Truman-Acheson-Marshall-Bradley-General Staff group that Russia would commit its armies to a war in China’s behalf at the end of an endless one-track railroad [the trans-Siberian, the only means of resupply once the airforce was destroyed] to a peninsular background that led only to the sea. Russia could not have engaged us. She would not have fought for China. She is already unhappy and uncertain over the colossus she has encouraged.”

MacArthur At Least Got Russia Right

In this latter view, the General was certainly correct, as revelations from the both the inner circles of Stalin in Moscow and Mao in Beijing have testified.

Continuing his interview, Considine quoted MacArthur as stating, “The truce we entered into—that stupendous blunder of refusing to win when we could have won—has given China the breathing time she needed. Primitive airfields in Manchuria have been transformed into modern installations with 10,000-foot runways. China had only one concentrated arms-producing area before Truman relieved me.

“Now she has built or is in the process of building four more. In 50 years [i.e., by 2004], if she can develop her plane-building facilities, China will be one of the world’s top military powers [a prescient prediction from 1954].”

“It was in our power to destroy the Red Chinese Army and Chinese military power—and probably for all time,” Considine reports MacArthur as asserting. “My plan was a cinch. I was refused the right to carry it out by a group of isolationists and politically minded Joint Chiefs. You may be surprised to hear Truman, Acheson, Marshall and the others called isolationists. They were the true isolationists!

“They made only one revision in what we came to know as isolationism in this country. They never comprehended the world as a whole. They never understood the enormous forces of Asia.
“Under Eisenhower—a naive and honest man who does not want to offend anyone—we have maintained that isolationism. In time, we will scuttle our holdings and interests in the Pacific.”
This, of course, is not true. Since 1954, Hawaii has become a state and U.S. presence is strong in Japan, South Korea, and the Philippines.

Depending On Which Way the Wind Is Blowing…

Would MacArthur really have employed atomic weapons in Korea and Red China as the Considine interview asserted? One of his aides, Col. Sid Huff, wrote in his 1951 memoir My 15 Years With Gen. MacArthur, “I feel … that he didn’t like the idea of using the atomic bomb against Japan, although I never heard him express a direct opinion on that question either before or after Hiroshima.” But in a memo to President Eisenhower in December 1952, MacArthur suggests basically the same plan as he shared with Considine.

In any event, the Joint Chiefs of Staff, headed by Omar Bradley, did not pursue it. One possible reason: weather may have carried radioactive debris from explosions and waste from MacArthur’s proposed cordon sanitaire to Allied-occupied Japan.