Many times in war otherwise obscure individuals are called upon to take extreme risks in service to their country, and more often than any casual observer may ever know, the heroic deeds of these individuals remain in the shadows, forgotten footnotes or even totally lost due to the passage of time and the continuing sweep of history.

Once in a while, however, the story of a “quiet” hero comes to light. Such is the case with Eric Arthur Roberts, a British bank clerk whose activities in the WWII espionage community became public only last October, with the release of previously classified files by his country’s National Archives in London. According to an Associated Press report, Roberts was a good, although not exceptional, employee of Westminster Bank when he was approached by Security Services in 1940. On the surface, there appeared to be no real reason for Roberts to be identified as a potential player in the web of espionage that existed in London during the dark days of the war with Nazi Germany. He was conversant in several languages, but knew only a little German and had been to Germany only twice before the war. 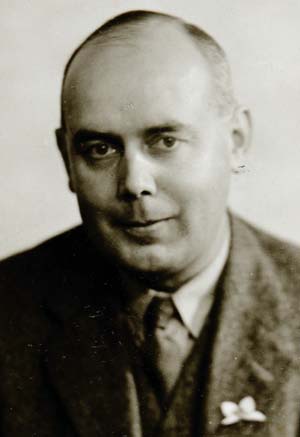 Nevertheless, his boss agreed to assist the government, and Roberts disappeared for a while. When he returned he had taken on the persona of Jack King, a supposed Gestapo agent who was working under deep cover in London. King was asked to make contact with suspected German sympathizers who sought to pass intelligence information to the Nazis and convince these turncoats that he was a Gestapo agent. As King gained their confidence, assuring them that he would pass their information along to Berlin, he would then turn the potentially damaging information over to British authorities.

“He was infiltrating a network, putting himself forward as the middle man in German Intelligence,” explained Stephen Twigge, a historian with the National Archives, during an interview with the Associated Press. “He managed to flush them out and put a brake on their activities.”

In one instance, a naturalized British citizen named Hans Kohout attempted to pass sensitive information to the Germans that could have compromised the air defenses of major British cities, increasing the devastation and loss of life wrought by the Luftwaffe during its infamous raids. When Roberts, aka King, gained Kohout’s trust and took the information from him countless lives were saved.

A Quiet Yet Audacious Enterprise

On another occasion, a woman identified as Nancy Brown, who frequented the vulnerable area around Brighton on the southern coast of Britain, gave sensitive information to King with the belief that it would find its way into German hands. Her effort came to naught because of the unassuming British operative, who remained perplexed at the behavior, writing, “The fact that the items of information volunteered might have resulted in the deaths of many people counted for nothing.”

Twigge credits King with a significant contribution to British domestic counterespionage efforts during the war, and the quantity of files released with King’s seems to indicate a greater number of Nazi sympathizers in Great Britain willing to pass secret information to the Nazis than first thought. “It was a brave undertaking, mixing with fascists, pretending to be someone you weren’t,” the archivist concluded. “It was dangerous work that could have gone wrong.”

Although the release of Roberts’s file after more than 70 years affords the opportunity to acknowledge this unsung hero of World War II, some tantalizing questions remain. How did he do it? The file contains little hard information on his methods and activities. And further, how many others like him served their country and the Allied cause, hardly expecting any acclaim or recognition in their quiet yet daring and audacious enterprise? A tip of the cap to Eric Arthur Roberts.