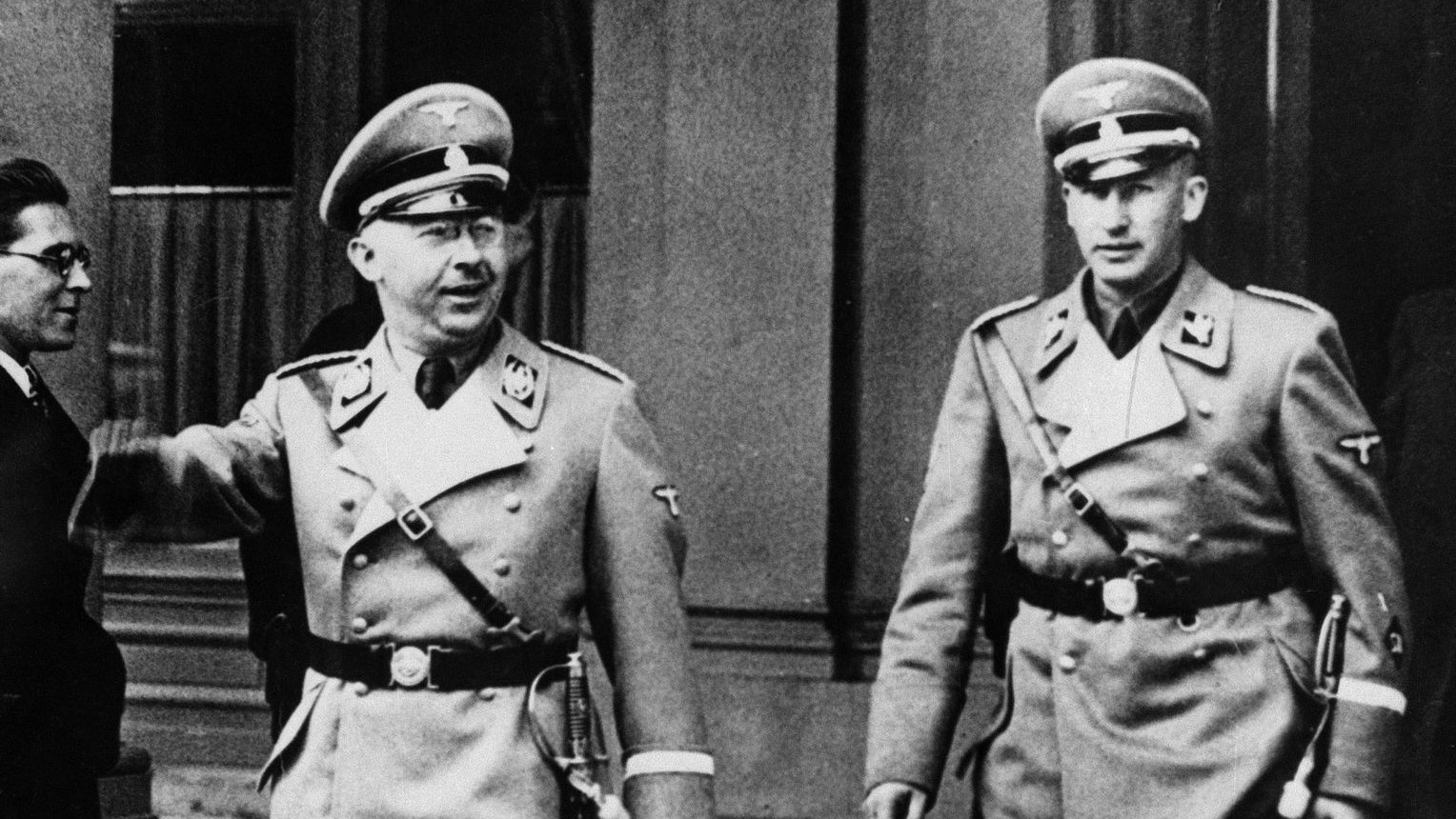 In the recently concluded midterm elections, who could have guessed that World War II would have been a campaign issue for one of the candidates?

We all remember (or should) that when Kansas Senator Bob Dole ran against Bill Clinton 15 years ago in the 1996 presidential campaign, the Republicans touted the fact that Dole had been wounded in Italy in 1945 while Clinton was a draft dodger who did everything he could to keep from being sent to Vietnam.

Apparently, though, the country was more in the mood for a draft dodger than a war hero, and Clinton was elected to the first of his two terms in office.

Which makes what happened in Ohio all that much more interesting. Joshua Green, writing in the October 2010 issue of the liberal The Atlantic magazine, revealed that Rich Iott, running for Congress in northwest Ohio’s 9th Congressional District, once dressed up as a Nazi (actually 5th SS “Wiking” Division”) and took part in historic reenactments. Shocking!

This revelation caused quite a political firestorm. Iott, the Republican candidate and apparently a Tea Party favorite (according to Green) had to do quite a bit of ‘splainin’ regarding his interest and participation in the reenactment hobby.

Of course, Green made quite a bit of political capital about this situation, including plenty of references to “Nazis” (e.g., the headline “Why is this GOP House Candidate Dressed as a Nazi?” and photo captions making reference to Mr. Iott being seen “at a Nazi reenactment.”)––as though Mr. Iott were a closet member of the Skinheads, Neo-Nazi Party, or German-American Bund. (There was no indication in the article that Mr. Iott ever actually espoused Nazi ideology, goose-stepped through Toledo, or attended a Wagnerian opera in full SS regalia.)

A rabbi in a Toledo suburb quoted in the article commented on Iott’s hobby: “Any kind of reenactment or glorification of Nazi Germany, to us, would be something unacceptable and certainly in poor taste, if not offensive.”

Certainly the sensitivity of groups and individuals who have been victimized by others must be taken into account. Some African Americans who are spectators at Civil War battles may be offended by those who do a Confederate impression. Are we to assume that all who portray Confederates are racists and long for a return of slavery? Or that someone in an Indian Wars uniform has a hatred for Native Americans? Does everyone who dresses as a redcoat at an American Revolutionary War event wish the United States had not broken away from England? Clothes do not necessarily make the man—or accurately display anyone’s ideological beliefs, and it is a mistake to make that assumption.

In his defense, Iott said, “Never, in any of my reenacting of military history, have I meant any disrespect to anyone who served in our military or anyone who has been affected by the tragedy of war. In fact, I have immense respect for veterans who served our country valiantly, and my respect of the military and our veterans is one of the reasons I have actively studied military history throughout my life.” He added that he has also participated in reenactments as a Civil War Union infantryman, a World War I doughboy, and World War II American infantryman and paratrooper. He said that he and his then-teenaged son had joined the Wiking unit as a part of a shared interest in history, but that they had left the hobby several years ago.

I suspect that some of the readers of this magazine also are reenactors or have participated in reenactments. I, too, spent 25 years in the hobby portraying American soldiers. While some (we’re assuming Mr. Green is in this category) might regard reenactors as slightly daft for enjoying chasing other uniformed “living historians” around the woods and shooting blanks at each other, it should be noted that the hobby has a long and wide-spread history.

It is known that in Rome’s Coliseum, for example, men would dress up in Legionary armor and reenact battles for the enjoyment of the crowd. Over the centuries, pageants have been held everywhere that represented various historic events, including warfare.

Today, people around the world are involved in a variety of period reenactments (for proof, just Google “Military Reenactment Groups”). There are folks in England doing all manner of impressions—the Battle of Hastings, English Civil War, Napoleonic era, World Wars I and II, and everything in between. (The British are especially keen on the ancient Roman period and the American Civil War.)

I have seen Japanese reenactors portraying Wehrmacht troops at one event in Europe, I met French, Belgian, and Italian reenactors who do astonishingly accurate impressions of American and German soldiers, and I know of WWII reenactment units in Russia whose members portray both Soviet and German combatants.

In the United States, there are also groups reenacting it all—Romans, French and Indian Wars, War of 1812, even Vietnam. So would those such as Mr. Green prefer that only one side be represented at these mock battles? It would be as curious as the displays of German World War II uniforms and equipment in German museums that were, until recently, required to have their swastikas covered. If we never show the “bad guys,” how can we teach people what the conflict was all about?

Museums are fine places to see artifacts—in static situations; living-history reenactments are where the public can see these artifacts in use and talk to experts about time periods that should not be forgotten or relegated to dusty bookshelves.

There is a reason why the hobby is called “living history,” for when the smell of gunpowder drifts away from the mock battlefields and the ersatz troops march back to their encampments and open them up to their visitors, the most rewarding part of the hobby––imparting one’s knowledge of the period being portrayed––begins. It is an important history lesson, even if the person dispensing the knowledge may be dressed as a Confederate or a Nazi.

World War II reenactments that feature participants costumed as the “enemy” may be controversial and offensive to some, and may not be “PC,” but they are “history.” I would hate to see the Iott incident create a chilling effect for the hobby.

Oh, and the election’s outcome? Mr. Iott lost, 117,638 to 81,814 votes, to the Democratic incumbent, Marcy Kaptur. How much news of Mr. Iott’s former hobby (he no longer reenacts) hurt him is anybody’s guess.