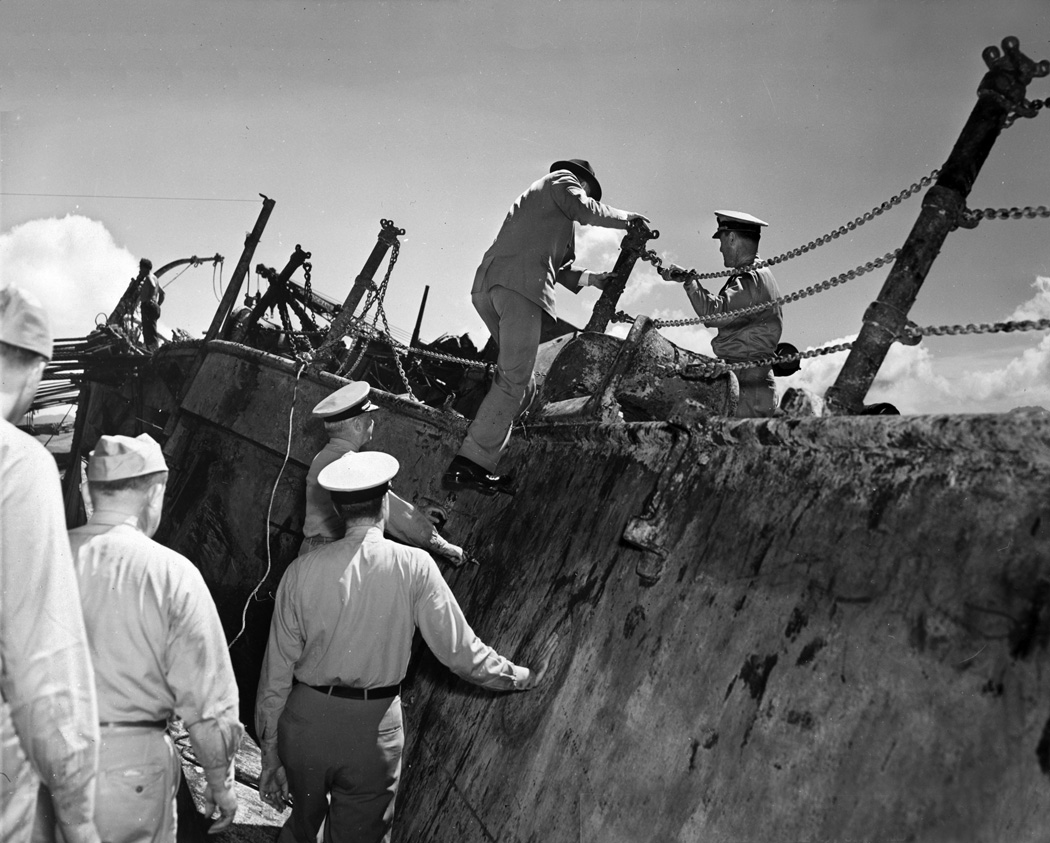 This article appears in: Spring 2018

In the last issue, I wrote about the pain of families of military persons listed as “missing in action.” Shortly after that issue was published, government sources announced that about 30 of the sailors who died when the USS Oklahoma (BB-37) was attacked and sunk at Pearl Harbor on December 7, 1941, and were buried as “unknown” have been identified.

The Oklahoma, you may recall, was hit by eight aerial torpedoes in the first few minutes of the Japanese attack and she began to capsize. A ninth torpedo then slammed into her. All told, 14 Marines and 415 sailors died aboard her. The Oklahoma’s December 7 casualties were second only to to those of the USS Arizona, which lost 1,177 men.

For three days after the Oklahoma sank, Navy divers could hear banging of frantic survivors trapped within her hull. Then silence.

From December 1941 to June 1944, Navy personnel recovered the remains of the deceased Oklahoma crew. Only 35 men could be identified at the time, just after the disaster. The rest were subsequently buried as “unknowns” in the Halawa and Nuuanu Cemeteries, and later moved to the National Cemetery of the Pacific at Punchbowl Crater in Honolulu.

Because they could not be identified then, the remains of the sailors and Marines were mixed together in the burial plots.

In 2015, with advances in forensic science and technology (especially DNA), the Pentagon’s Defense POW/MIA Accounting Agency decided to disinter 388 “unknown” remains at the Punchbowl. Thus far, through dental records and DNA matches with relatives, the agency has been able to identify about 30 of the crewmembers and notify their families.

According to the Marine Corps Times, “The agency has said it expects to identify about 80 percent of the battleship’s missing crew members by 2020…. Many of those identified have been buried in their hometowns. Others were reinterred at the National Memorial Cemetery in the Pacific.” Some of the others were laid to rest in Arlington National Cemetery outside of Washington, D.C.

Perhaps now, and during the next two years, more families of the “unknown” sailors and Marines who made the supreme sacrifice can also rest, knowing that their loved ones are unknown no more—and can at last “come home.”

(The Arizona is still resting at the bottom of the harbor with most of its crew entombed on board. The Oklahoma was not salvaged until March 1943. Declared unrepairable, the shipwreck was being towed back to California in 1947 to be cut up and sold for scrap when the tow line broke and her battered hulk sank in the Pacific.)