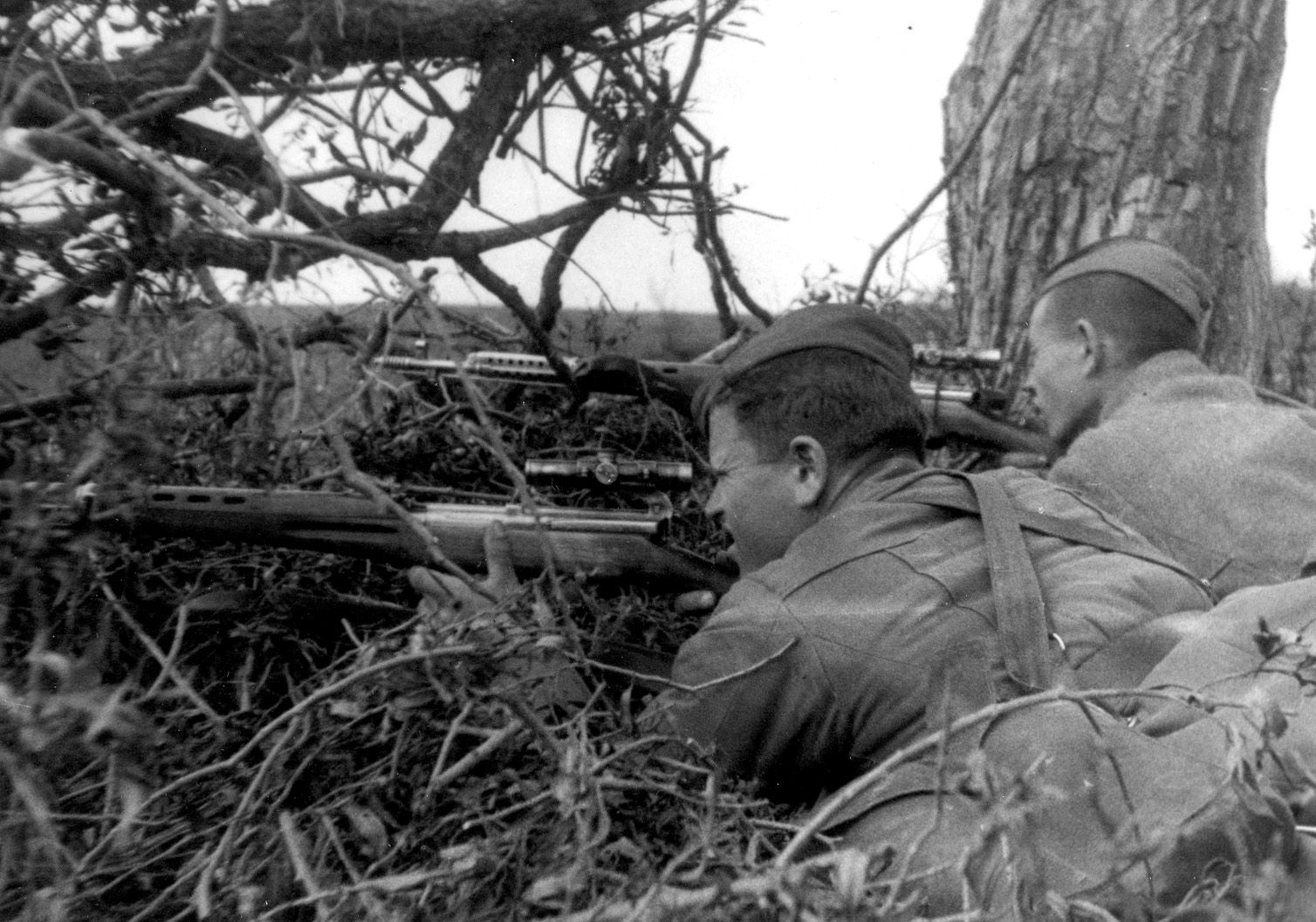 Hopeful snipers learned their trade before taking to the battlefields of the Eastern Front.

Snipers played an important a role in World War II, just as much as any tank, airplane, or artillery piece. Stalking in the shadows, poised in one spot for hours, snipers waited out their prey and struck with deadly accuracy. Soviet snipers came to prominence during the defensive phase of the war, 1941 to 1943, culminating in the Battle of Stalingrad. After that, the advantage shifted to German snipers as the Soviets made rapid advances. In the rubble-filled streets of Stalingrad, or on the Steppe, the Soviets trained new snipers in the art of concealment and precision firing. At the height of World War II the Red Army produced 220 snipers.

Captain Valsily Zaytsev was the Soviet Union’s most famous sniper, killing an estimated 400 Germans, but other snipers also racked up impressive numbers. Sergeant Nikolai Turtsev killed 135 Germans, Sergeant Mikhail Markovichenko killed 210 Germans and damaged two tanks, and Sergeant Fedor Pekov killed 344 Germans. They would all take time off from the front lines to teach the tactics and mechanics of sniping to aspiring students. The students included women snipers. Major Lyudmila Pavlichenko, considered to be the most successful female sniper with 309 kills, became a sniper instructor after she was wounded by mortar fire.

Teaching new snipers varied by location. Inside Stalingrad’s Lazur Chemical Plant, instructors stood over their students, instructing them as they fired at helmets, observation slits, and outlines of human torsos—all drawn onto the far wall. In the countryside snipers were trained in open areas where they could learn to dig in and blend with the environment. Captain Zaystev taught “sixes” to his students: covering a large position from three positions with two-man sniper teams.

The training paid off on the battlefront, as unsuspecting enemy soldiers dropped by the hundreds, victims of well-placed shots. Zaystev’s students alone killed 6,000 Germans. The Russians’ skill with a rifle also had an effect on enemy soldiers not killed. The Germans became afraid to lift their heads in daylight hours.