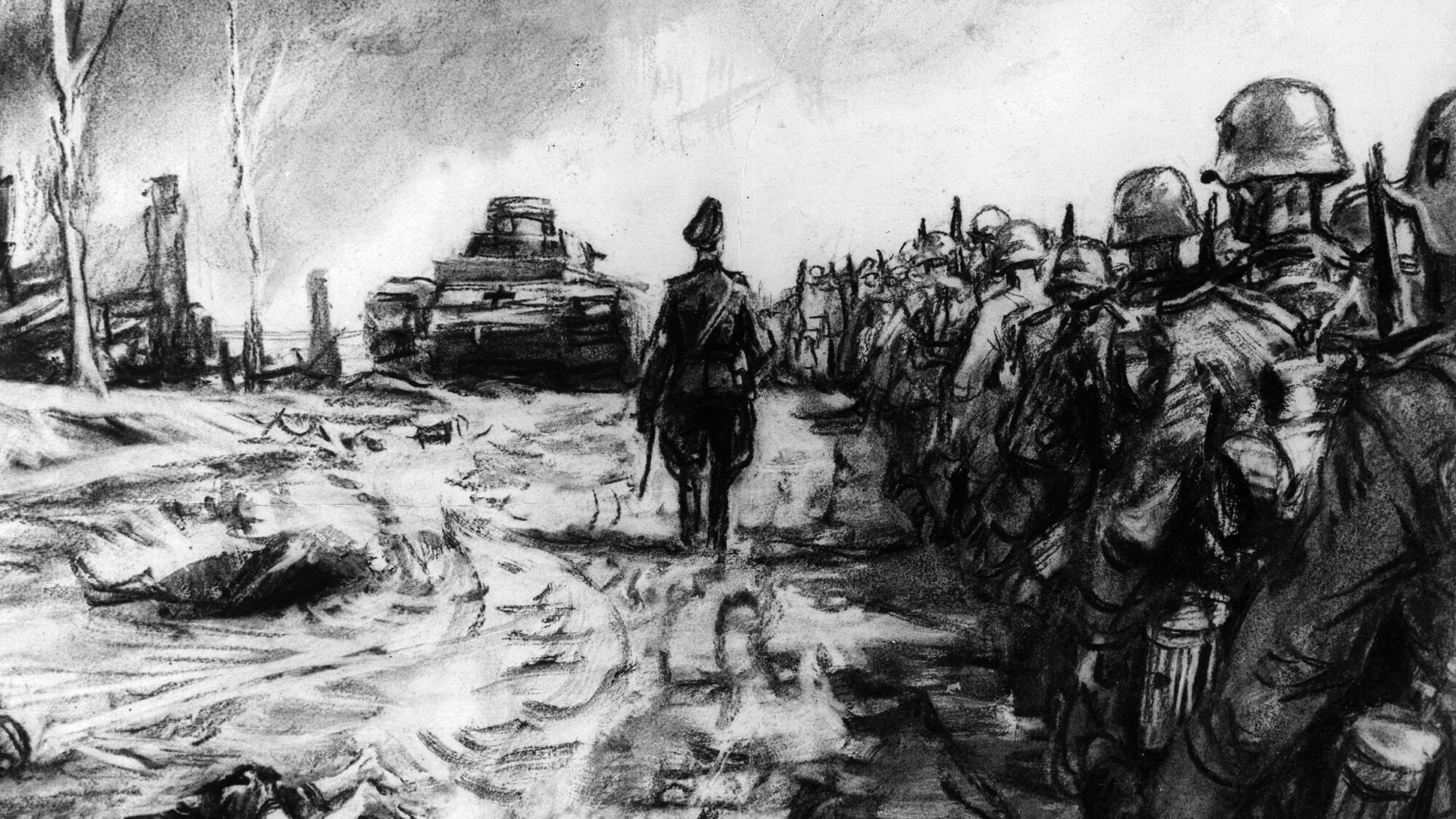 Operation Barbarossa, the German invasion of the Soviet Union in June 1941, showed the world the extent of Nazi brutality. As the German Army rolled east, it left pillaged homes and leveled cities in its wake. German occupation soldiers slaughtered civilians and enslaved others to work in the German war industry. Women were raped and partisans hung in public.

The horrors of the enemy invasion inspired Russian graphic artist Dementi Shmarinov to create something special. A native of Kazan, Shmarinov studied art at N.A. Prakhov’s studio in Kiev and D.N. Kardovskii’s studio in Moscow. He made a name for himself in the 1930s illustrating characters from Dostoevsky and Tolstoy novels. He also designed a number of political posters at the beginning of the war.

But as the German Army penetrated deeper into his beloved Motherland, the 35-year-old Shmarinov sketched a number of charcoal and black watercolor easel works vividly conveying the suffering and courage of the Soviet people in their struggle against the enemy. In 1942, his angry and impassioned collection, entitled We Won’t Forget, We Won’t Forgive!, went on display at the Tretyakov Gallery in Moscow. The collection was seen in the United States after the Office of War Information photographed the collection for distribution back home.

To each design Shmarinov gave a simple, brief title. The words counted little, the images told the story. With gritty and sometimes disturbing detail, he showed death and depravity at the hands of the Germans. Most of his Russian characters were civilian women and children, while the Germans soldiers were intimidating, stark automatons, wielding rifles and submachineguns. The last sketch of the collection reveals a single image of hope—a Russian soldier on horseback, returning to a destroyed town to comfort a distraught woman.

Shmarinov’s powerful series was awarded the State Prize of the USSR in 1943, and, later, Shmarinov himself was awarded the Order of Lenin for his contribution to the Great Patriotic War. He survived the war to become the People’s Artist for the Soviet Union in 1967.