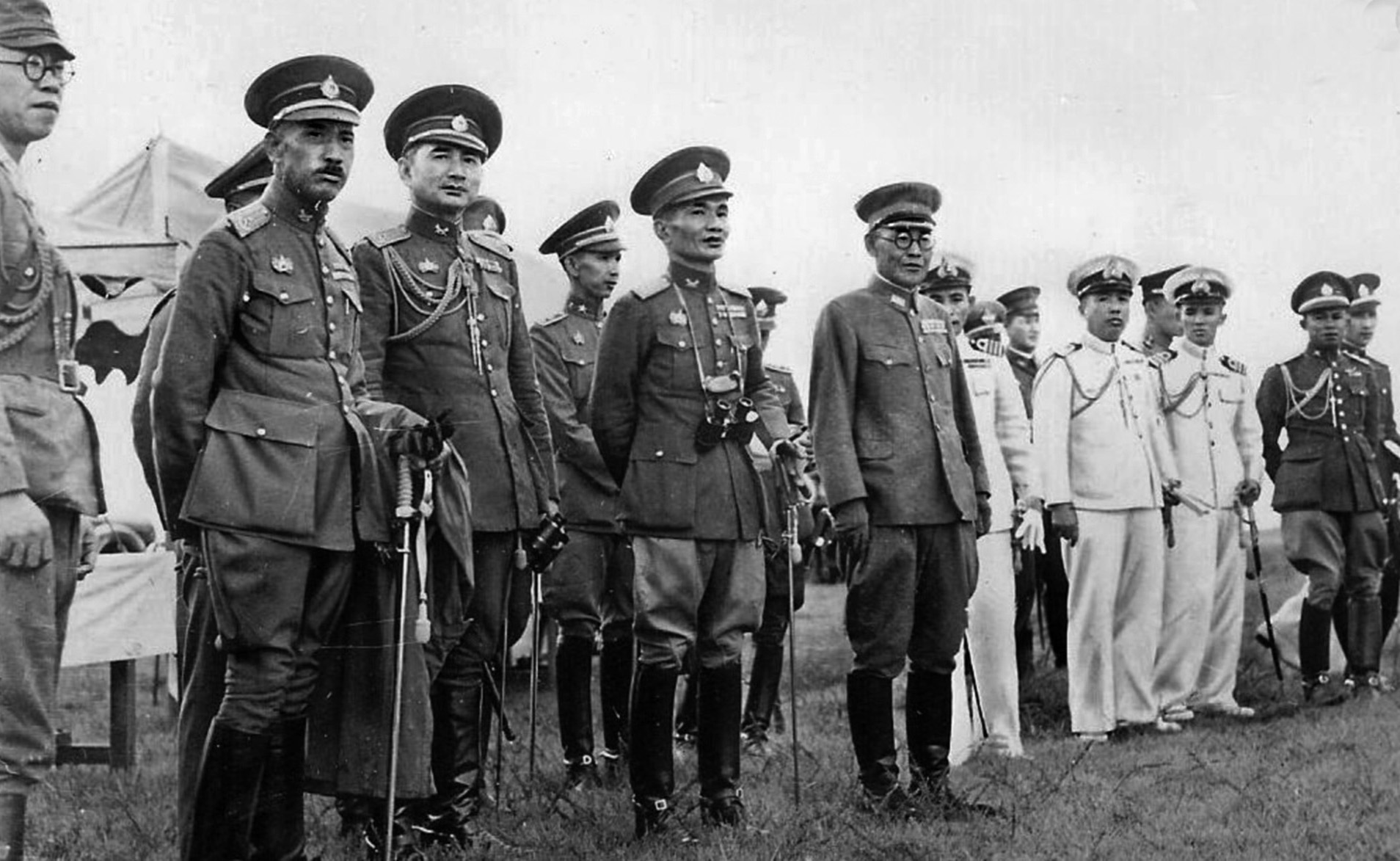 It is a great story, and well known that in January 1942 Thailand’s ambassador to the United States refused to deliver Thailand’s declaration of war to the U.S. government. As a result, there was never a state of war between the two countries. But that is not exactly how things happened.

Thailand declared war on Great Britain and the United States on January 25, 1942. The British responded by declaring war on Thailand; the U.S. government ignored Thailand’s declaration of war.

In Thailand’s Secret War, his definitive history of the OSS, SOE, and Free Thai in World War II, Professor E. Bruce Reynolds cites a January 1942 State Department document that explains the reasoning behind the U.S. decision that “the USA not dignify the action of the present Japanese-controlled government of Thailand by a formal declaration of war, but treat Thailand as an occupied territory.” That decision had far-reaching consequences for Thailand when the war ended and for both Thailand and the United States for the rest of the 20th century.

On the British decision to declare war on Thailand, Reynolds quotes an unnamed British official: “Either the Thais are children and should be subject to control after the war or they are rogues and should be punished for taking the side of the Japanese.” This difference in British and American attitudes toward Thailand set the stage “for policy conflicts that would persist until the war’s end and beyond.”

The story of the undelivered Thai declaration of war started with the man who would have delivered it, Seni Pramot, Thailand’s ambassador to the United States. Reynolds notes, “Seni subsequently claimed that Bangkok had instructed him by telegram to deliver the war declaration to the State Department, but he dramatically informed [Secretary of State Cordell] Hull of his unwillingness to do so in a face-to-face meeting in the latter’s office. There is nothing in Hull’s office diary or other State Department records to support this story.”

In a June 1979 letter, Pridi Banomyong, the wartime leader of the Free Thai Movement, then in exile in France, addressed this issue. “[During 1978] I was asked by many Thai students whether it was true, as written by some so-called history professors, that Field Marshal Phibul’s government sent the Declaration of War on the USA to the Thai Minister in Washington, but the Minister did not deliver it as instructed… that the Minister kept the document of the declaration of war in his pocket and did not present it to the U.S. government. I told the students that I really did not know. However, I made some observations for them to consider.”

The Thai government had followed diplomatic practice and international law by notifying the Swiss consul in Bangkok, who represented U.S. interests in Thailand at that time. The notification was forwarded to Washington via the American chargé d’affaires in Berne, Switzerland, who received it as a note from the Swiss Foreign Office on January 31, quoted as follows: “[Thailand’s] Ministry Foreign Affairs notified [Swiss Bangkok] Consulate by letter 25th January: By royal command a declaration of war on Great Britain and the United States of America has been as from noon 25th January 2485 BE [Buddhist Era calendar year corresponding with 1942].” The U.S. State Department received the note on February 2, 1942.

Pridi Banomyong, the chief political rival of Prime Minister Plaek Phibolsongkhram, commonly referred to in the West as Phibun, was a member of the Thai cabinet when the Japanese Army entered Thailand at 0200 hours on December 8, 1941, coming across the land border from Malaya and via sea landings on the Gulf of Siam. The Thai Army resisted until the Thai government ordered a ceasefire at 0730 hours.

The previous day, the Japanese ambassador to Thailand had met with the Thai foreign minister to request passage for the Japanese Army through Thailand to the areas bordering the British colonies of Burma and Malaya. Only Prime Minister Phibun could make that decision, he was told, but Phibun was not in Bangkok. An urgent meeting of the Thai cabinet was called, and Phibun was asked to return immediately.

When Prime Minister Phibun reached Bangkok at 0700 the next morning, the Japanese Army was already in the country and “everyone [in the Thai cabinet] seemed to be of the opinion that Thailand could not really fight the Japanese forces.” Pridi called for discussion, but Phibun cut him short and called for a decision. The ceasefire was issued. Phibun had been looking to the Japanese for support in regaining Thailand’s “lost territories” from French Indochina. In the days that followed, under Japanese pressure, Phibun signed a formal alliance with Japan and ultimately a declaration of war against the Allies. Thai historian Charivat Santaputra writes that Phibun “probably knew of the nature of the impending attack but not its exact timing.”

Later on December 8, many Thais, from politicians to ordinary citizens, visited Pridi at his home. “They all had one aim in mind,” noted an observer, “to discuss the unacceptable situation that Phibun had led Thailand into. This could be seen as the actual inception of the [Free Thai] resistance movement.” Dr. Charivat goes on to tell how Pridi exploited his position as regent to the king to work with the resistance. In this position, Pridi was able to meet Thai politicians and high-ranking officials “without the Japanese being able to accuse him of hatching a plot. As his revered position was highly respected by, and consequently immune from the Japanese troops, Pridi was able to … set up successfully an underground resistance movement under the Japanese noses…. There were many who came to him and simply offered their services to do anything that Pridi saw fit.”

The Free Thai Movement Pridi created was unique in the annals of clandestine warfare. In the War Report of the OSS, Kermit Roosevelt described the Free Thai as “a patriotic governmental conspiracy against the Japanese in which most of the key figures of the state were involved. The regent himself, the minister and chief of police, the minister of interior, the minister of foreign affairs, senior officers of the armed service, and many other ranking officials belonged to it.”

Back in the United States, three days after the Japanese Army entered Thailand, Thai ambassador Seni Pramot “publicly declared that he would work for the reestablishment of an independent Thailand.” He called on the Coordinator of Information (COI), Colonel William J. Donovan’s office of the OSS, to make radio broadcasts to Thailand. Reynolds quotes from Seni’s first broadcast: “We can not very well expect to regain our freedom unless we fight for it…. Start a revolt, spread it far and wide. Give up your lives for your country!” A memorandum to Donovan from the COI Far East chief suggested that Seni’s speech would “electrify the Thai people.” Dr. Charivat writes, “This is viewed as the starting point of the Free Thai Movement abroad.” Seni believed that “public relations alone would not insure Thailand’s continued independence in the event of an Allied victory.” He set in motion his plan to recruit Thai volunteers from among Thai students enrolled in American colleges and universities.

Seni next turned to the Thai students in England who “had received neither help nor sympathy from the Thai Minister in London.” There were no obvious leaders to organize the Free Thai in London, but in time they appeared. Prominent among them was Prince Suphasawat, or Prince Vasti as he was better known, and later as “Major Arun,” he conceived operations to be out carried in Thailand by British Special Operations Force 136. He was in contact with Seni early on and believed that “all [Thai] operations should be in concert with the Americans.” But he soon learned the two Allies themselves were not in concert.

After many delays, the Free Thai started trying to infiltrate Thailand by parachute, submarine, and walking in from China. Several were lost before the linkup was made with the internal Free Thai. The actual existence of the internal resistance movement could not be confirmed from outside until April 1943, but it was found to be a strong, vibrant movement, its members adept at manipulating the Japanese and collecting intelligence on them. Before long, the OSS was able to open its Bangkok base. It was set within 100 meters of the Japanese Army Headquarters and was able to operate with impunity. Pridi and his internal Free Thai were also eager to mount armed guerrilla operations against the Japanese occupiers but were held back by Lord Louis Mountbatten of Burma, the Supreme Allied Commander Southeast Asia.

In a December 1946 speech in London, Lord Mountbatten described the situation: “By the end of the war he [Pridi] had organized sabotage and guerrilla forces comprising some 60,000 fighting men and numerous passive supporters, who were in position at all the key strategic points in Siam, and poised to strike. I realized the difficulty he had to hold those forces in leash, but I also had to keep in mind the tremendous danger of a premature move which would bring down crushing counter action and disturb my strategic plans for the theatre as a whole.”

The most significant service the Free Thai rendered their own country came as the war ended. Pridi writes that from the beginning the Free Thai had two goals: to fight the Japanese invaders and to assure that “Thailand would not be treated as one of the defeated nations.” In early September 1945, just weeks after the war ended, Mountbatten summoned a Thai military mission to Ceylon for discussions and presented an agreement for the Thai leaders to sign. The agreement’s 21 clauses had wide-ranging consequences for Thailand, including surrendering to Britain all its surplus rice, which would otherwise enable Thailand’s return to postwar world trade. Contrary to prior agreement, the Americans were not informed of the terms. The Thai leaders put off signing, and the OSS expressed its concerns to Washington that the British—in the names of the Allies—were imposing terms that infringed on Thai political and economic independence and trying to establish a basis for prolonged occupation of Thailand. Major players in Washington became involved, and then British Prime Minister Clement Atlee, who promised that Mountbatten would be told to stand down.

That did not put an end to British demands. Negotiations between Great Britain and Thailand continued, but in a more equitable fashion. On January 1, 1946, the formal agreement that ended the state of war between the two countries was signed. It noted that on the day the war ended, “16 August 1945, the Regent [Pridi Banomyong] did, in the name of His Majesty King of Thailand, proclaim the declaration of war made by Thailand against the United Kingdom to be null and void, as it was contrary to the will of the Thai people.”

The following was the agreement’s operative paragraph: “Whereas the Government of the United Kingdom and the Government of India, in consideration of the acts of repudiation already carried out by the Thai government, and not unmindful of the services rendered by the resistance movement in Thailand during the war with Japan, desire to bring the state of war to an immediate end.”

Bob Bergin, a former U.S. Foreign Service officer, writes on the history of aviation in Southeast Asia and China and on intelligence and military operations in the World War II China-Burma-India Theater.