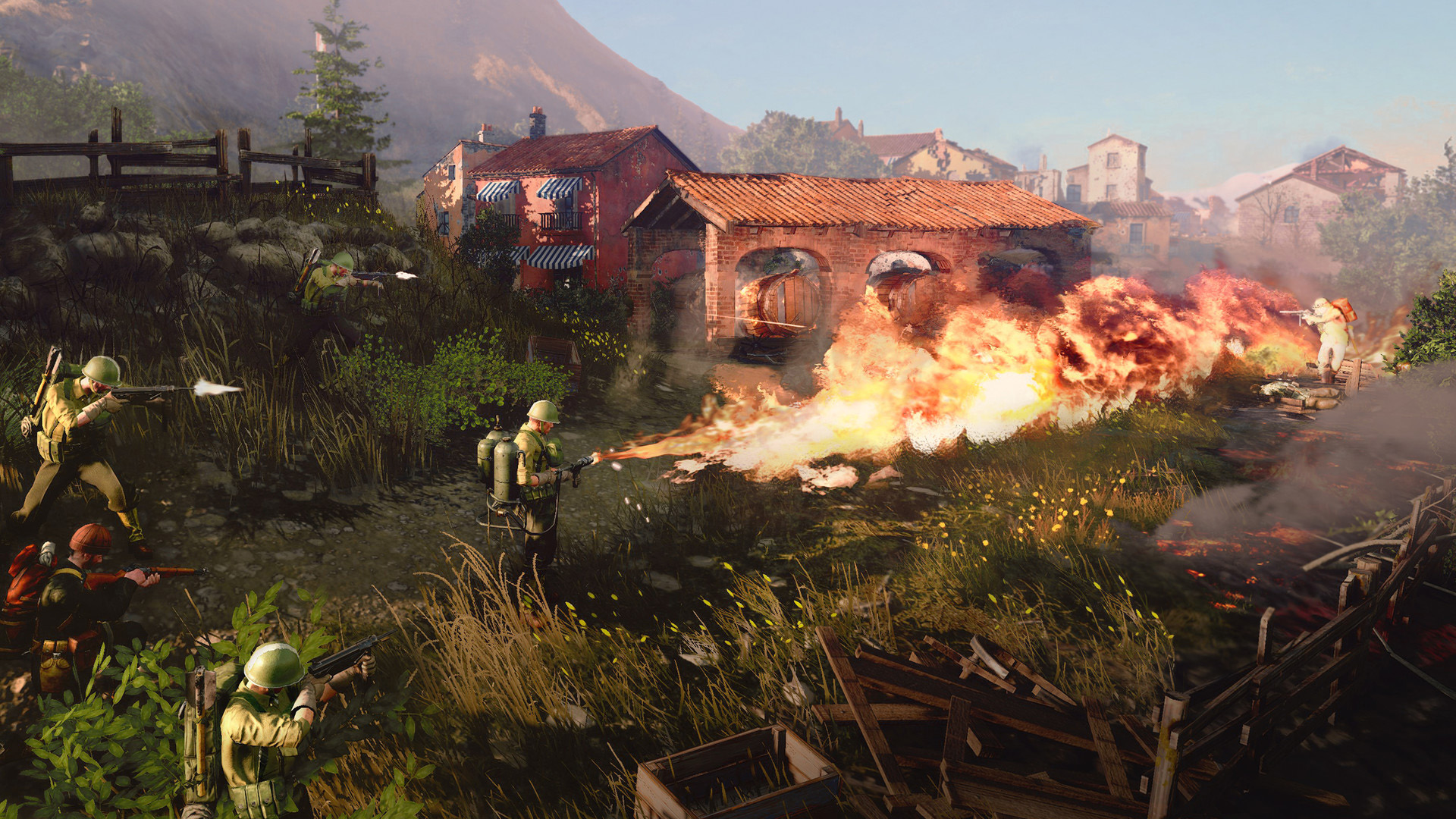 This article appears in: December 2021

The Company of Heroes series is, amazingly enough, already celebrating its 15th anniversary this year. The first entry in developer Relic Entertainment’s strategy-minded saga launched on PC and OSX back in 2006, giving players control of two factions in the Second World War. After the ambitious massively multiplayer Company of Heroes Online was released in open beta in 2010 and summarily cancelled in 2011, a proper sequel followed in 2013 in the form of Company of Heroes 2. Now there’s finally more on the horizon, with Company of Heroes 3 officially slated to bring Relic’s signature strategy back to PC sometime in 2022.

The second Company of Heroes game added the USSR’s Red Army as a new faction, kicking off an expansive campaign throughout the Eastern Front that spanned everything from Operation Barbarossa to the Battle of Berlin. Rather than tread the familiar ground from the first two games, Company of Heroes 3 is looking to expand even further, primarily with a campaign centered on the Mediterranean Theatre of Operations. Maps will cover Italy and some parts of the North African campaign, and there’s most certainly more up Relic’s sleeve when it comes to recreating key World War II conflicts.

Considering the fact that—by the time it comes out, at least—it will have been the better part of a decade since the last entry, one would expect a bunch of refinements in the strategy at the core of Company of Heroes. It sounds like Relic is on top of that aspect, as they plan to build upon the series’ award-winning tactical gameplay by adding new gameplay features to the combat mechanics fans know and love. Flanking, breaching, and taking advantage of elevation are all on the table for those looking to get the drop on their enemies, and a new Dynamic Campaign Map will up the number of strategic choices at your disposal. 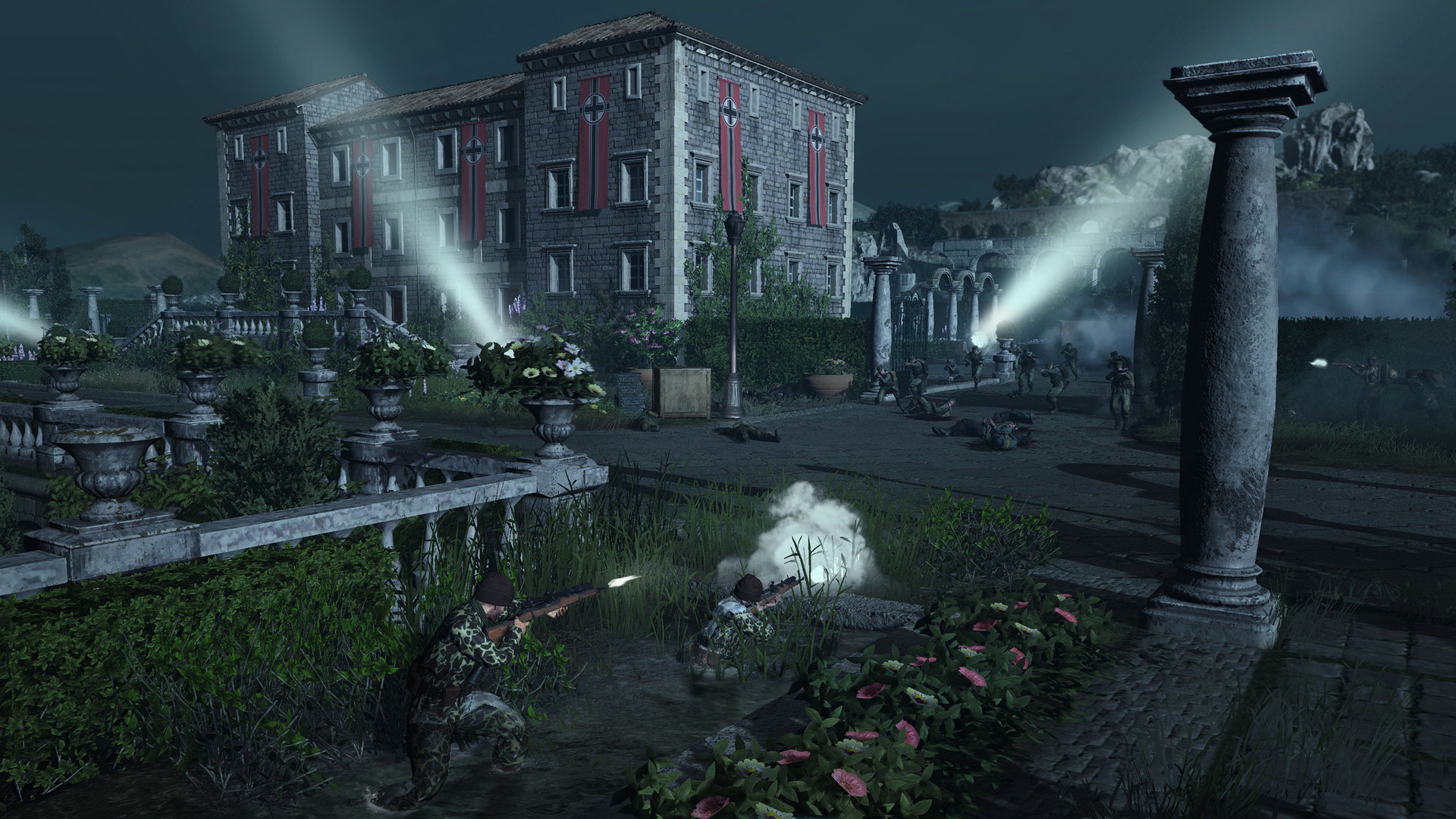 There are also promising features on the way even for those who aren’t as keen on real-time strategy as others. Full Tactical Pause is an option that lets you pump the brakes during battle and carefully plan your next move. Control the pacing of each conflict during the single-player campaign, queue up each play in advance, and roll through with more confidence in each decision. Those who dig the turn-based style may want to check this option out when Company of Heroes launches, but you’ll still need to adapt to a faster pace when playing against real opponents.

The Mediterranean theatre doesn’t just offer another, less-frequently explored perspective of the war; it provides Company of Heroes 3 with some stunning vistas for its explosive missions. From the deserts of North Africa to gorgeous coastal locations and mountain passes of Italy, there’s a lot of diversity on display, which also means there are plenty of new options to consider when it comes to environmental tactics. In some cases, verticality will play a major role, while other locales will leave your units wide open by design if you don’t tread carefully and take every movement into account.

Company of Heroes 3 boasts the largest number of launch factions to date, and the unit breakdown within each faction seems to be fairly comprehensive. Some of the units making their debut in the third entry are the incredibly light Weasel, the armor-piercing Nashorn, and the Chaffee Light Tank, among others. There are also plenty of classic units that have been revamped for a more modern and in-depth WWII experience, and the soldiers themselves range from your average combatants to specialist elite squads like the American-Canadian Special Service Forces, the Gurkhas from the Commonwealth, and more. 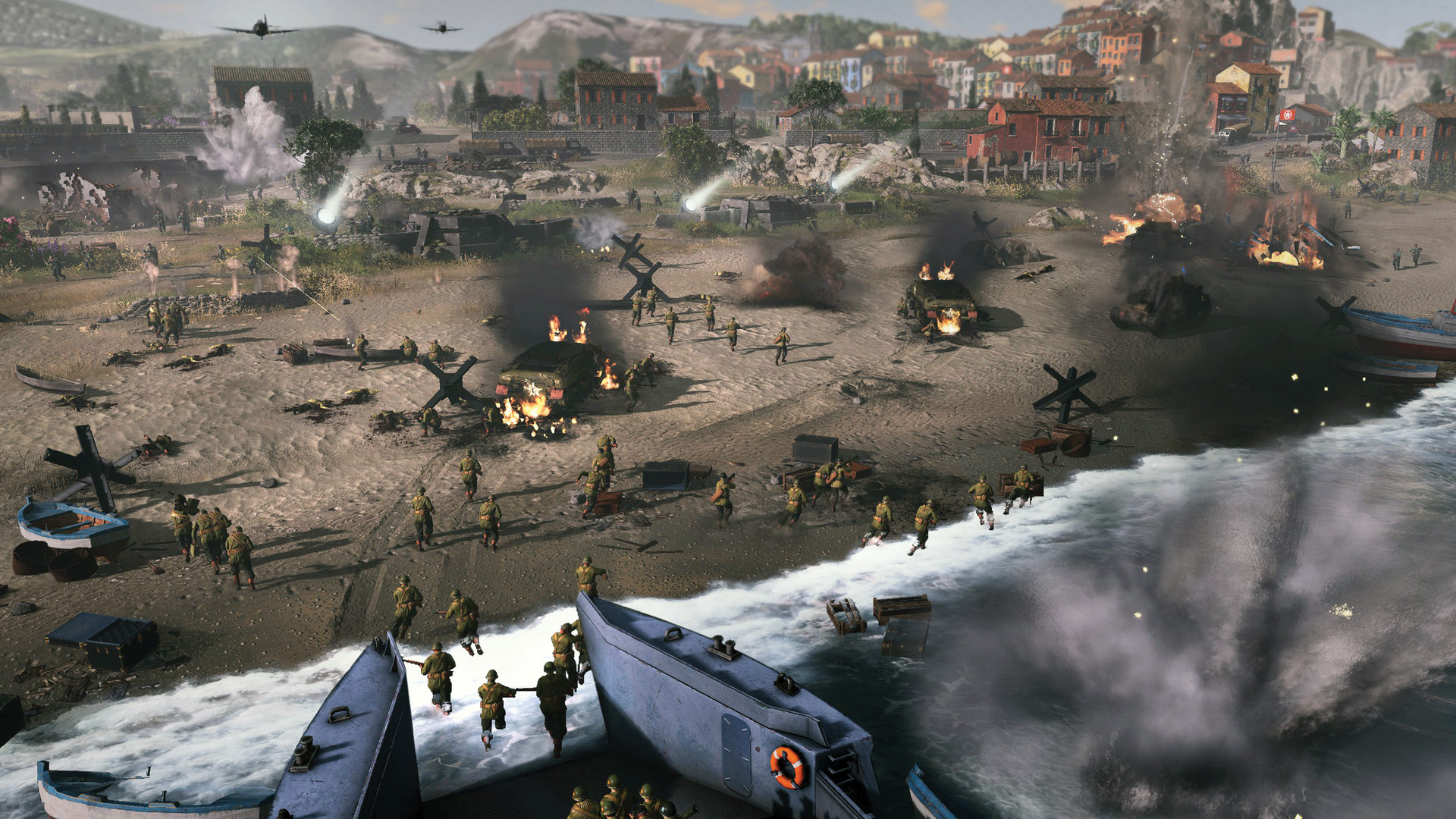 It’s all coming together in Relic’s own Essence Engine, so this should be the most detailed and impressive looking entry yet. That comes as no surprise considering the gap between entries, but it’s mostly just going to be exciting to see how the series has evolved visually along with its advances in gameplay. Particle effects and smooth unit animations aren’t necessarily going to be at the top of every strategy player’s wish list, but the artificial intelligence has also been given a boost, making for realistic squad reactions to all the mayhem occurring on the battlefield.

At the time of this writing, Relic Entertainment had provided access to the game at a pre-alpha preview stage, and those who signed up could also dig into design documents, as well as art drops and discussions with the developers, among other insightful items. The last few years have been spent co-developing the game with community members, so fans of the series have already had a hand in the way it’s been shaped. If Company of Heroes 3 can deliver on its many promises, we definitely have something to look forward to in 2022.