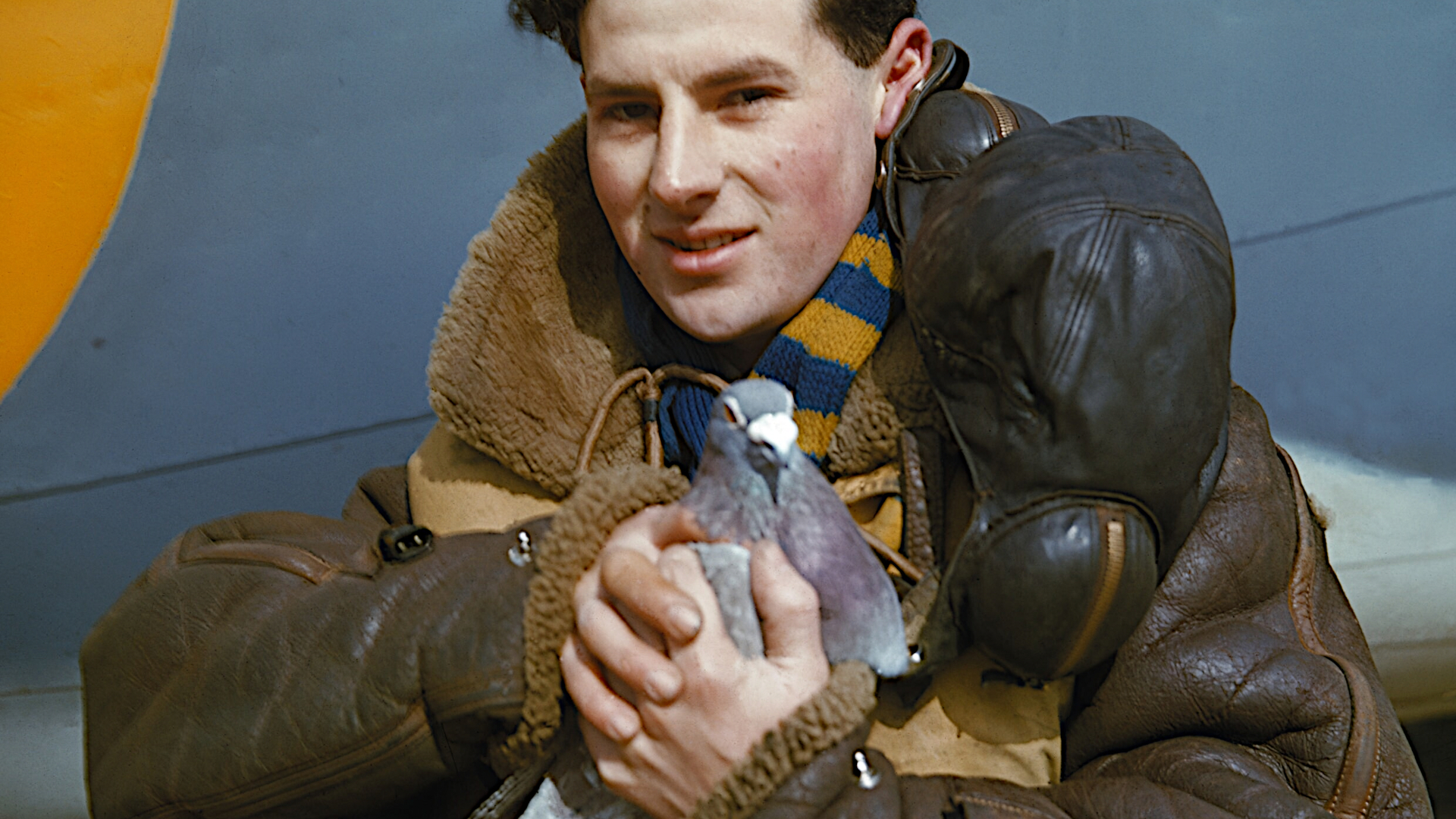 Dating back to Ancient Greece, carrier pigeons were used to send messages across battlefield. In Britain during WWII they had a more secretive role.

This article appears in: Spring 2013

Not long ago, I came across an article about the remains of a carrier pigeon that had been discovered lodged in the chimney of a 17th-century home in the village of Bletchingley, Surrey, some 18 miles due south of London.

Attached to what was left of one of its legs was an encrypted, hand-written message inside a red capsule, about the size of a 35mm film canister. Experts called in to examine the find agreed that the bird was one of many that had been used by the Allies during World War II to carry messages from the European battlefields back to England.

This particular bird was found in the chimney of a home owned by David Martin, a retired probation officer, while he was renovating his fireplace. Some historians suggested that the bird was making its way from behind enemy lines, likely from Nazi-occupied France during the June 6, 1944, D-Day invasion, and heading toward Bletchley Park, north of London, where Britain’s top-secret code-breaking establishment was located. Others say the carrier pigeon probably got lost, became disoriented in bad weather, or was simply exhausted after its trip across the English Channel, and took refuge in the chimney.

Experts from Britain’s Government Communications HQ code-breaking unit were given the handwritten message in hopes that they could break it, but they soon gave up, saying that the message, written by a “Sergeant W. Stott” nearly 70 years ago, was too difficult to decipher. One GCHQ historian said, “The sorts of code that were constructed during operations were designed only to be able to be read by the senders and the recipients.”

The historian noted that it was probably based on a so-called “one-time pad” that uses a random set of letters, known only to the sender and the recipient, to convert plain text into code and is then destroyed. “If it’s only used once, and it’s properly random, and it’s properly guarded by the sender and the recipient, it’s unbreakable,’’ he said.

Another expert, Colin Hill from the Bletchley Park Code-Breaker Museum’s pigeon exhibition, confessed, ”I thought no way on earth can I work this one out.”

No matter how the bird, identified as “40TW194,” ended up in the chimney, it is interesting to note that more than 250,000 carrier pigeons were used during the war. They were members of the National Pigeon Service and were heavily relied upon to transport secret messages.

History of the Carrier Pigeon

The history of carrier, or homing, pigeons goes farther back than World War II. The ancient Greeks used them to announce victories, and Julius Caesar’s legions also employed them to swiftly deliver important messages. During the Franco-Prussian War of 1870, the besieged citizens of Paris used pigeons extensively to convey news and to summon help.

And during World War I, before the invention of radio, the birds were invaluable couriers on the battlefield. One famous incident took place in October 1918 when a 554-man battalion of the U.S. 77th Division became trapped in no-man’s land in the Ardennes and was being shelled by friendly artillery. An urgent message to halt the shelling was carried by a pigeon named Cher Ami and received by the battery; the shelling stopped.

Although badly wounded by Germans trying to shoot it down, Cher Ami survived the war and received the Croix de Guerre. The bird’s stuffed body today resides in the Smithsonian Institution in Washington, D.C.

During World War II, pigeons were used by most of the major combatants because of their uncanny ability to find their way back home, even when home hundreds of miles away.

The Dickin Medal, Britain’s highest animal’s decoration for valor, was awarded to 32 birds, including a U.S. Army Pigeon Service bird named “G.I. Joe” that reportedly saved the lives of hundreds of British soldiers in Italy that were being bombarded by their own planes.

There probably will be no way of knowing what the message 40TW194 was carrying said, or how it may (or may not) have changed the course of the war. It remains one of the war’s many mysteries.