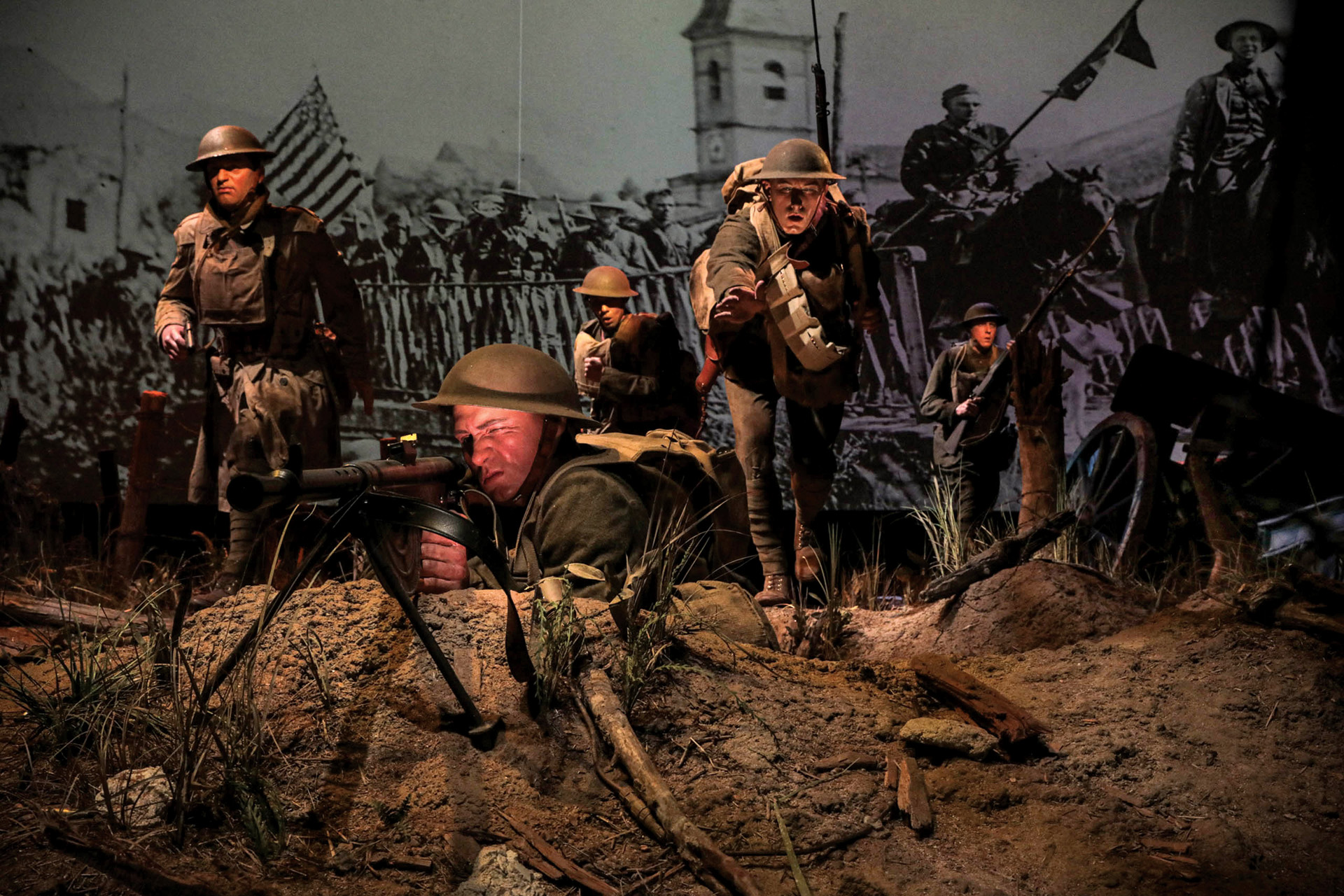 The long-awaited National Museum of the U.S. Army is a stunning tribute to America’s oldest branch of service.

After many years of planning, fundraising and construction, the spectacular, long-awaited National Museum of the United States Army was finally opened on Veterans Day, 2020, promptly shut down due to Coronavirus restrictions, and has reopened.

The museum has borrowed the best ideas from other military museums around the world and incorporated them in this one location on 84 acres at Fort Belvoir, Virginia, 20 miles south of Washington, D.C.

The main building is approximately 185,000 square feet. Thousands of artifacts, documents, paintings, and photographs—the vast majority of them having never been seen before by the public—trace the history of the United States Army from the Revolutionary War to today’s global war on terrorism through a series of galleries.

The museum consists of five main exhibit halls, a theater, Veterans’ Hall, food-service and retail areas, an experiential learning center, and a lobby with visitor-reception area. Full-scale dioramas—such as displays of Sherman tanks and soldiers descending a “scramble net” from their transport ship into a landing craft heading for a hostile D-Day beachhead—put the visitor in the heart of the action.

While displays and exhibits representing the Revolutionary War, War of 1812, Mexican-American War of 1846-48, Civil War, World War I, Korea, Vietnam, and the Global War on Terrorism are all spectacularly featured, it is World War II that will probably hold the most interest for readers of this magazine.

At the museum’s dedication, Chairman of the Joint Chiefs of Staff Army General Mark A. Milley said that the museum will allow visitors to understand what the Army does to protect American freedom: “We cannot truly appreciate the sacrifice of our soldiers, from the Continental Army to today, or comprehend what they went through unless we see the weapons they used, feel the uniforms they wore, hear the stories they told, or read the letters they wrote.” he said.

And as the museum’s website says, “The National Army Museum will celebrate the selfless service and sacrifice of over 30 million men and women who have worn the Army uniform since 1775.”

As of the publication of this magazine, a date for reopening had not been set, but the museum will continue to monitor the conditions in the National Capital Region and the Commonwealth of Virginia and determine next steps for a controlled reopening, as appropriate.