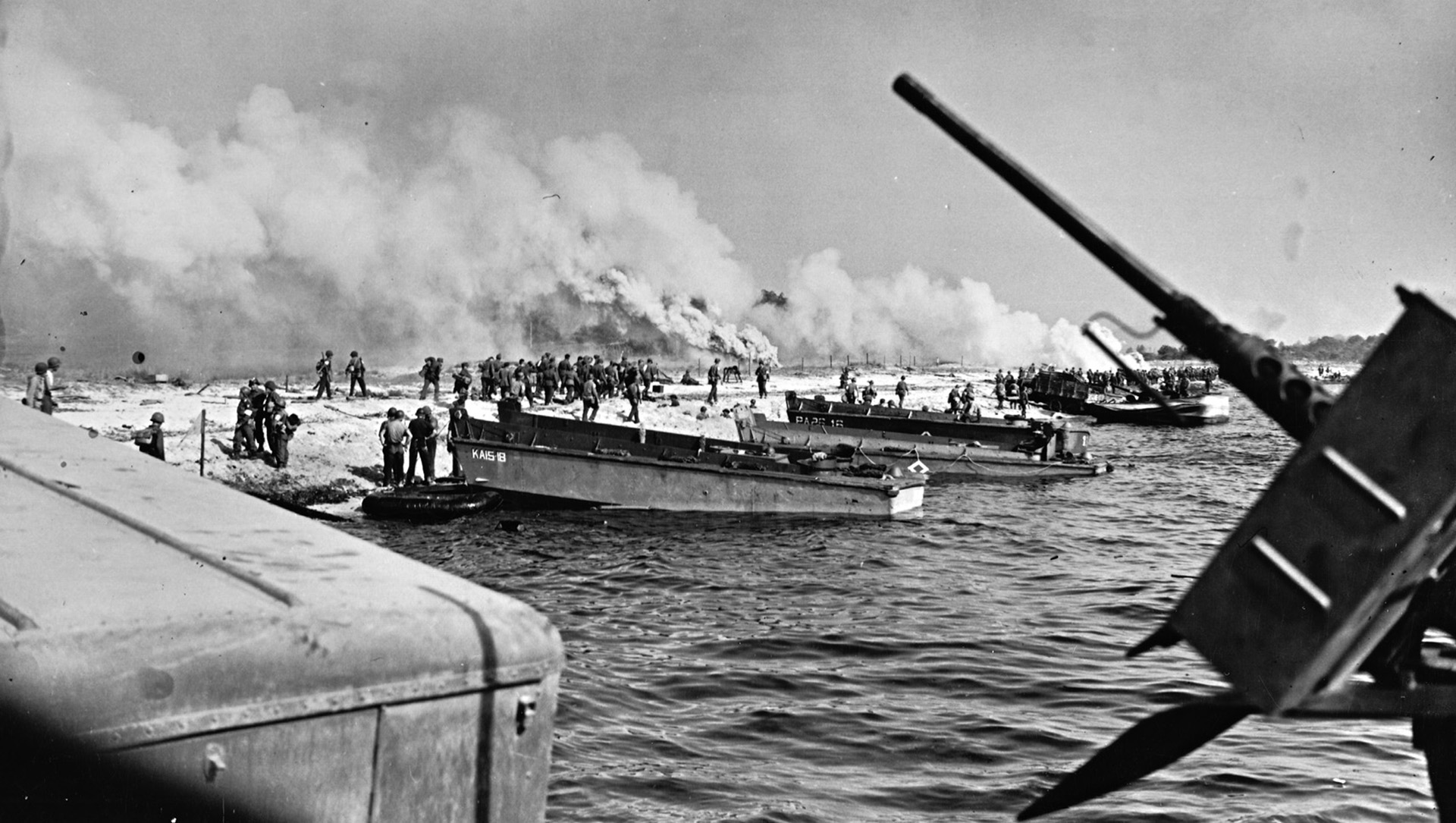 The Invasion of Southern France Took Place 75 Years Ago

While the eyes of the world remained on Normandy during the difficult days that followed the D-Day landings of June 6, 1944, a scant nine weeks later another amphibious invasion of France took place. The second, the often overlooked invasion of southern France, was crucial to the Allied victory in World War II as well.

Operation Dragoon, the Allied invasion of southern France, was executed 75 years ago this month, on August 15, 1944. Originally intended to take place simultaneously with the Normandy operation, it was postponed due to an acute shortage of landing craft. One of the earlier codenames for the D-Day landings, known to history as Operation Overlord, was Sledgehammer, and in keeping with that moniker the invasion of southern France was initially called Operation Anvil, only to be renamed later.

The U.S. Seventh Army, commanded by General Alexander Patch, and French Army B, led by General Jean de Lattre de Tassigny, were designated for Operation Dragoon. The spearhead of the Seventh Army was the U.S. VI Corps, commanded by General Lucian Truscott. Airborne forces were scheduled to land by parachute and glider about 15 miles inland from the coastline to secure objectives beyond the invasion beaches, and French commandos were put ashore to secure the flanks of the 35-mile strip of the French Riviera between the cities of Cannes and Toulon. Supporting the landing effort, a powerful fleet of four aircraft carriers, six battleships, 21 cruisers, and dozens of destroyers would provide air cover and preinvasion shore bombardment, while 1,300 Allied bombers based in Italy and on the islands of Corsica and Sardinia struck enemy strongpoints and infrastructure.

The landings began just after 8 am, as the U.S. 3rd, 36th, and 45th Infantry Divisions came ashore against relatively light resistance. Although the quality of the German forces immediately opposing the assault was questionable and only four divisions were available to contest the landings initially, some German troops fought stubbornly at a beach dubbed “Camel Red.” Even after air and naval gunfire struck heavy gun emplacements and bunkers, the defenders were not subdued, and troops were diverted to quieter sectors. The airborne and commando phases of Operation Dragoon had begun before daylight, while the French Resistance was also active, disrupting German communications and spreading confusion in rear areas. Although the airborne operation ran into difficulties, the troopers were able to concentrate their numbers and complete missions. Within hours, soldiers advancing from the beachhead had linked up with the airborne units, and the cities of Le Muy and Saint-Tropez had been liberated.

Meanwhile, de Tassigny’s French forces came ashore and turned toward the cities of Toulon and Marseilles. Attacking both simultaneously, they ran into stiff opposition at Toulon, suffering 2,700 killed and wounded before the city was secured on August 27. After enduring attacks from the resistance, an enraged civilian population, and the French armed forces, the German garrison of Marseilles surrendered on the 28th. The French lost more than 1,800 casualties, but 11,000 German prisoners were taken.

Operation Dragoon proved highly successful. After clearing the beachhead, the American 36th Division liberated the city of Grenoble in the French Alps, and Lyon was occupied more than six weeks ahead of schedule. De Lattre’s troops rolled up the Rhone River Valley, liberating Dijon in mid-September and linking up with General George S. Patton’s Third Army. In less than a month, Patch’s Seventh Army had advanced 500 miles.

As German forces retreated, they were increasingly squeezed in the vise of both the Allied advance from Normandy and the thrust of the Seventh Army from the Riviera. Dragoon also hastened the end of World War II as the port facilities at Toulon and Marseilles offloaded huge quantities of much-needed supplies.

Although it occurred in the shadow of Overlord, Operation Dragoon played a pivotal role in the final Allied victory in Europe.