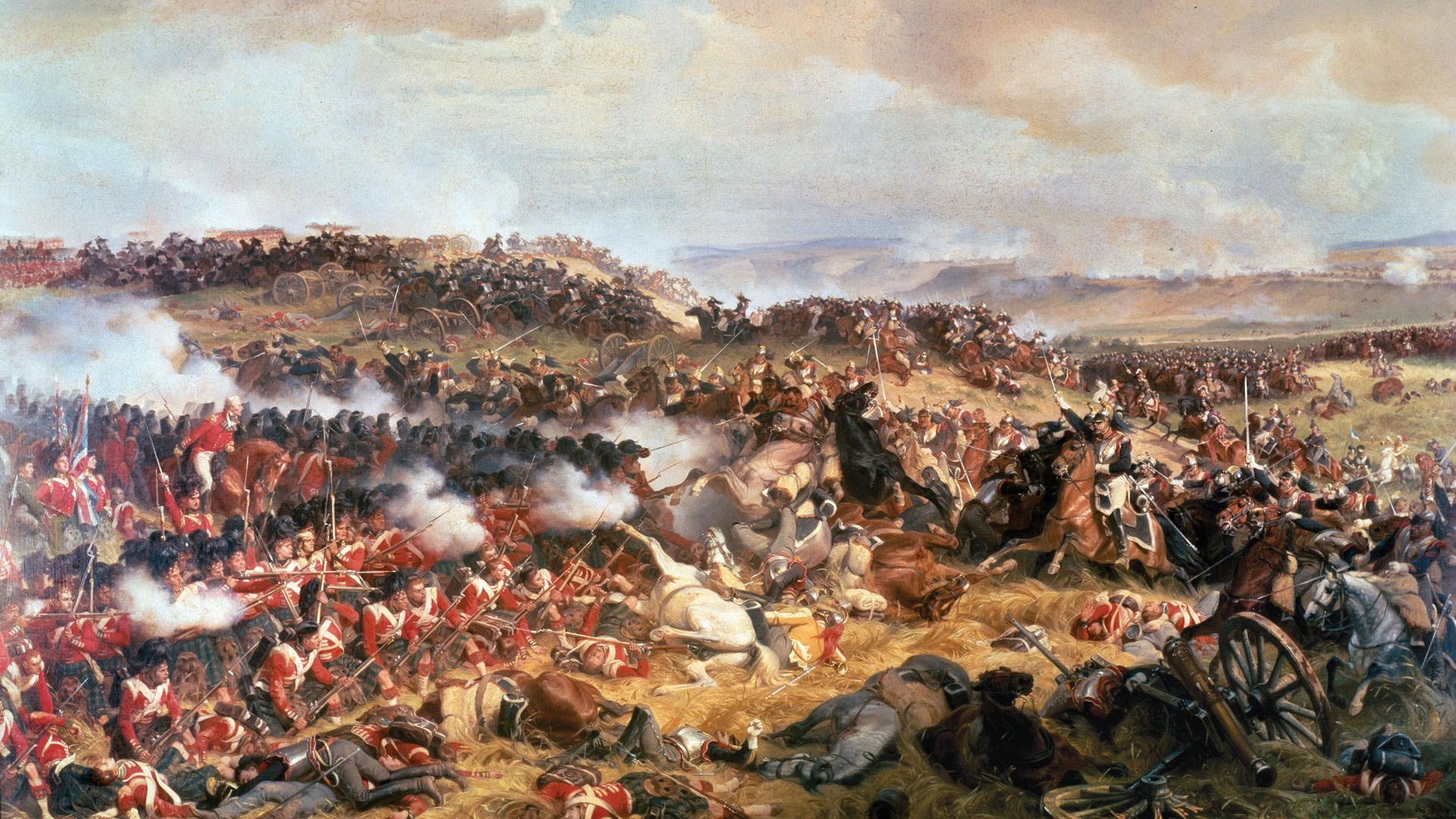 The Duke of Wellington’s Preparations for the Battle of Waterloo

The Duke of Wellington did not share Napoleon Bonaparte's strategic brilliance, but his own strengths played their part at the Battle of Waterloo.

Field Marshal Arthur Wellesley, Duke of Wellington, was in Vienna when the news arrived in early March 1815 that Napoleon had escaped from exile on Elba and returned to France. Wellington soon began making preparations to leave Vienna for the Kingdom of the Netherlands, where he would take command of an Anglo-Dutch army. He said his goodbyes to those he encountered, one of whom was Czar Alexander I of Russia. In an informal yet important conversation, Alexander rested his hand in a paternal fashion on the duke’s shoulder. “It is for you to save the world again,” the czar said.

The duke had the utmost respect for his opponent as seen when someone mentioned in a conversation the previous year that he had never fought Napoleon. “No, and I am very glad I never was,” said Wellington. “I would at any time rather have heard that reinforcement of forty thousand men had joined the French army than he had arrived to take command.”

Wellington arrived in the Netherlands on April 5. The Duke relied in the 10 weeks leading up to the battle on his talents as an administrator and as a proven battlefield commander to prepare his troops to fight a French army with Napoleon at its head.

Although Wellington did not possess the strategic brilliance and audacity that Napoleon had shown over the course of his career, he did have his own unique strengths. His experience campaigning in India against the Mysoreans and the Marathas, as well as his campaigns in the Iberian Peninsula against the French, taught him how to navigate sensitive political situations similar to the one he found himself in when he arrived in the Netherlands.

Organizing and Supplying His Army

The Duke of Wellington was compelled to retain two young and incompetent princes in key commands despite the backlash this created among the vastly better qualified British generals. Thus, Prince William of Orange was nominally given command of the I Corps, and Prince Frederick of the Netherlands was given nominal command of a division that ultimately would be posted west of Waterloo at Braine to protect the Anglo-Dutch army in case Napoleon planned to sweep around Wellington’s right. He made sure competent British generals accompanied them.

Wellington quickly set about organizing and supplying his army for the coming campaign. As he had done in India and on the Iberian Peninsula, he integrated green and veteran troops to ensure all of his units could stand up to the French in battle, and he also combined foreign units with British units to boost morale and prevent desertion. Afterward, he made sure that all of his troops received pay and the food and clothing they would need for the campaign.

One day Wellington was walking in a Brussels park with Thomas Creevey, when his friend asked him if he thought he could defeat Napoleon. “By God, I think Blucher and myself can do the thing,” said Wellington. One challenge Wellington faced was that the British crown was not inclined to call up more soldiers. As they continued talking, Wellington pointed to a nearby British soldier sightseeing in the park. Wellington pointed to the soldier and said, “There, it all depends on that article whether we do the business or not. Give me enough of it, and I am sure.”

What Wellington had to do on Sunday, June 18, 1815, at the Battle of Waterloo was use caution and prevent his subordinates from making mistakes that might cost him the battle. Only when he was absolutely sure that the tide of battle had shifted in his favor did he switch to the offensive. The duke regarded Waterloo as a close fought battle. In a letter to his brother, he wrote, “I never took so much trouble about any battle, and never was so near being beat.”