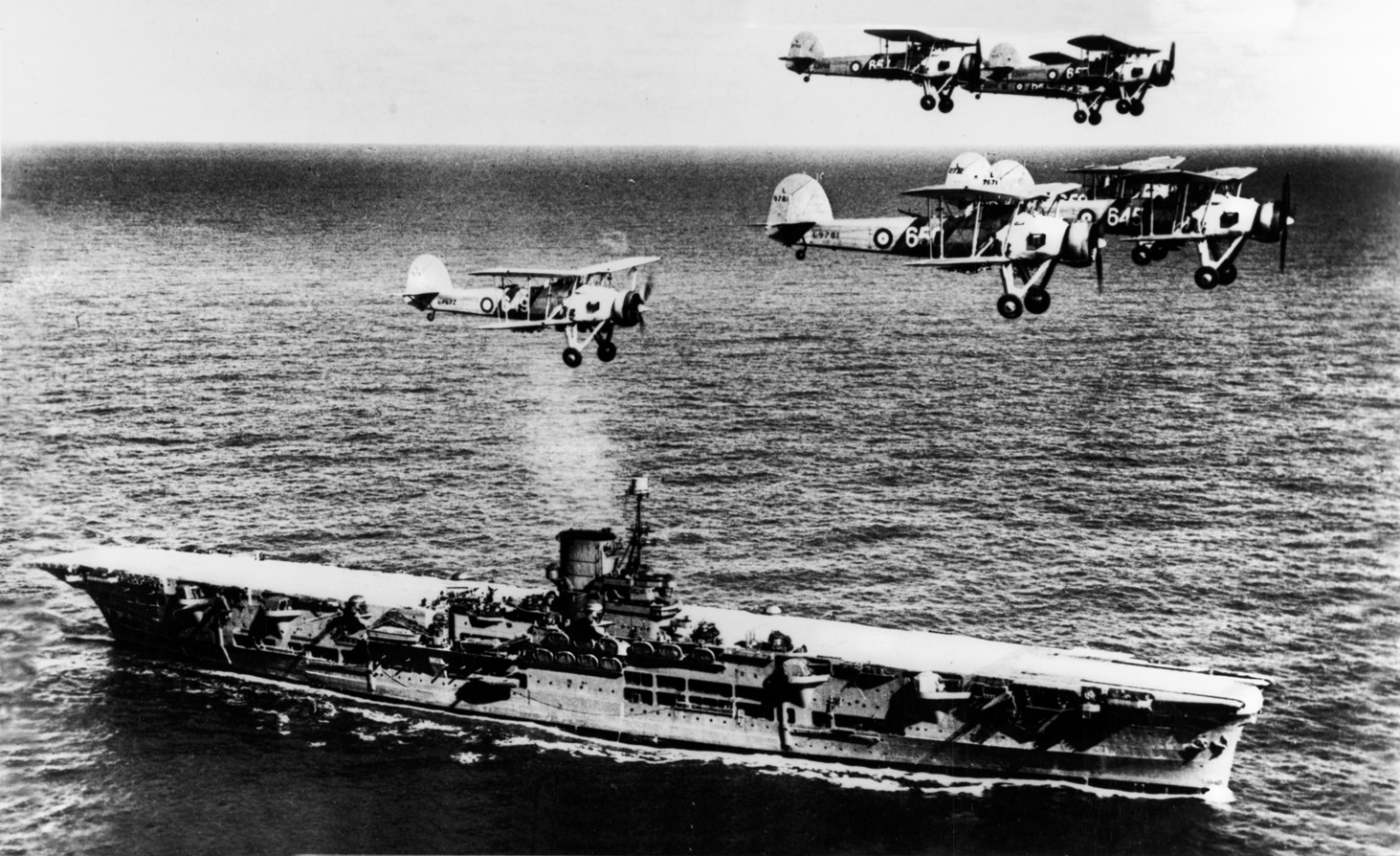 This article appears in: April 2019

The great British Royal Navy victory at Cape Matapan sealed the fate of the Italian Regia Marina, rendering Mussolini’s fleet virtually impotent after the spring of 1941. However, it was the heroic effort of a few men of the Fleet Air Arm that set the stage for that final neutralization of the Italian Navy in the Mediterranean.

A dazzling aerial assault on the Regia Marina anchorage at Taranto on the night of November 11, 1941, shocked the Italian naval establishment so thoroughly that it was reluctant to expose its capital ships much further for fear of a devastating Jutland-style encounter with the Royal Navy. By the autumn of 1940, the Italians had six battleships in the Mediterranean Theater, the sleek new Vittorio Veneto and Littorio, modern and powerful, along with the Conte di Cavour and Giulio Cesare and the Doria-class Andrea Doria and Caio Duilio. Together, these warships constituted a clear threat to Royal Navy operations in the Mediterranean.

The British Admiralty was rightly concerned with an effective option to counter Italian naval power, even though several skirmishes had turned out badly for the Italians in recent months. Several Italian cruisers and destroyers had been sunk, and Guilio Cesare had taken a 15-inch shell from the British battleship Warspite in an action in July 1940. After that hit, the Italians turned tail and ran for home.

Still, British concern persisted. Finally, an old plan to attack the Taranto anchorage by air that had been developed in the mid-1930s was resurrected and reviewed. Dubbed Operation Judgment, the Taranto attack found new life, and to execute it the aircraft carrier HMS Illustrious and a handful of antiquated biplanes would play a major role.

On November 6, 1940, Illustrious set sail from the harbor of Alexandria, Egypt, with a powerful task force of escorts. Aboard Illustrious were 24 Fairey Swordfish torpedo bombers. The Swordfish was a biplane, made of wood and canvas mostly, and known throughout the Fleet Air Arm as the “Stringbag.” Although it was lumbering and slow, the Swordfish carried a lethal 1,200-pound torpedo. If a handful of these aircraft could get within range of Taranto, the enemy battleships might be sitting ducks despite anticipated heavy fire from more than 240 antiaircraft guns ringing the harbor.

On the 10th, Illustrious and a screen of cruisers and destroyers under Rear Admiral Lumbey St. George Lyster detached from the fleet for the run-in to a launch point just west of the Greek island of Cephalonia. At 8:30 pm on the 11th, Illustrious turned into the wind to launch two waves of Swordfish, the first included 12 planes, the second, taking off an hour later, included nine. The pilots and crewmen were from Royal Navy Squadrons No. 815 and 819.

By 11 pm, British flares were illuminating Taranto harbor. The torpedo bombers started runs toward their targets, and the startled Italian antiaircraft gunners began to put up a curtain of shells. Tracers streaked across the sky.

Through this torrent of enemy fire, the Swordfish pilots pressed home their attacks, at times skimming just above the water. In the first wave, only one Swordfish was brought down, that of the raid leader, Lt. Cmdr. Kenneth Williamson. He and crewman Lieutenant N.J. Scarlett both survived the crash and were taken prisoner—and they knew that their torpedo had successfully slammed into the hull of Conte di Cavour. Two other torpedoes damaged Littorio.

When the last British plane had turned for Illustrious, Littorio was down by the bow, Caio Duilio would be undergoing repairs for months, and Conte di Cavour was beached with heavy damage. She would never go to sea again. The cruiser Trento was also damaged. In minutes, the balance of naval power in the Mediterranean swung irrevocably in favor of the Royal Navy.

The British lost only two Swordfish, and two airmen were killed. The “Stringbag” fliers had written a new chapter in the glorious history of the Royal Navy and validated the concept of aerial torpedo attack for the world to see.

Ironically, in the Pacific the leaders of the Imperial Japanese Navy received the news of Taranto with interest. The success encouraged the Japanese to pursue their own plan of attack, and one year later the result was Pearl Harbor.