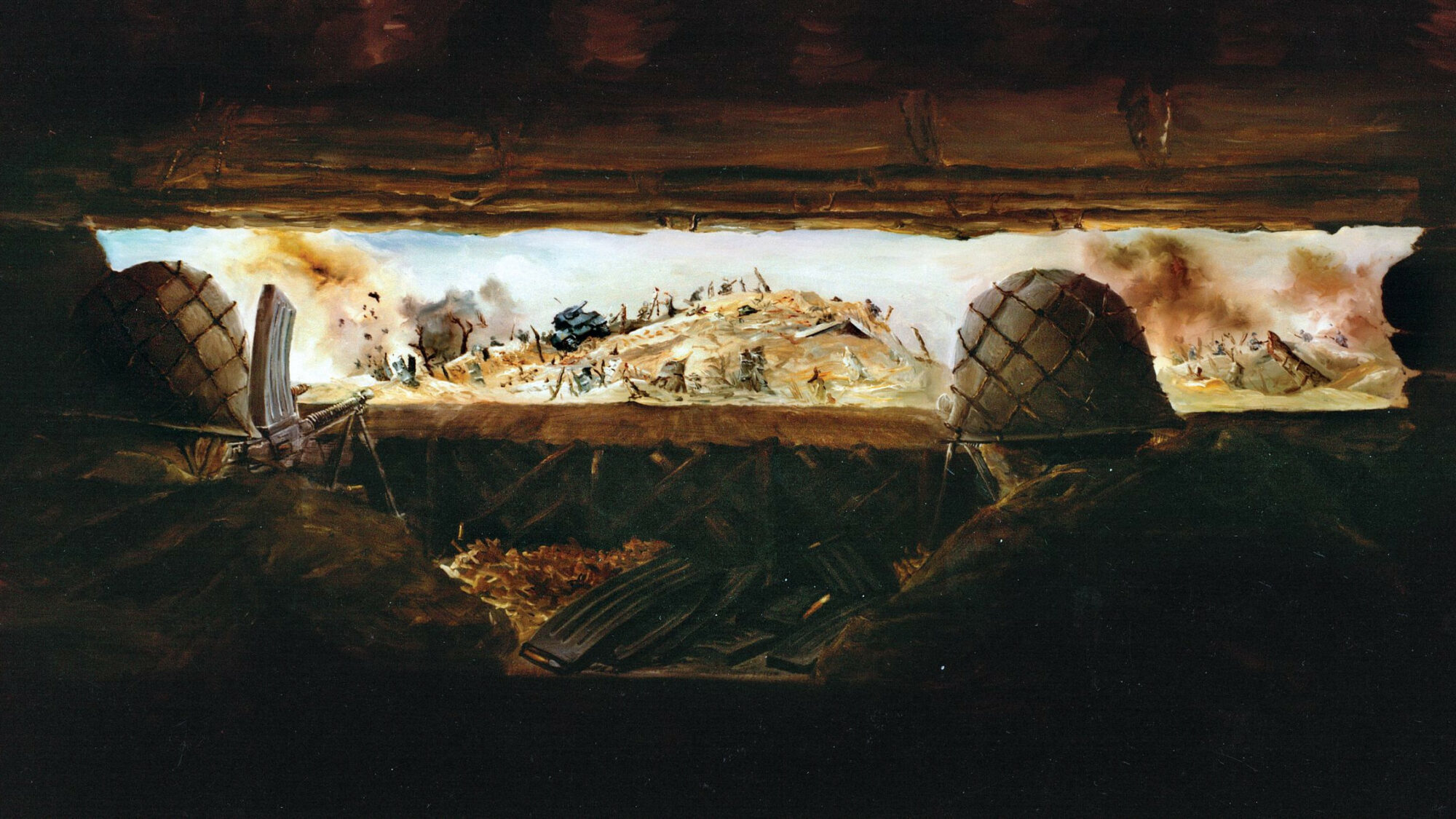 Photo Credit: A view of two Japanese defenders inside their bunker on Tarawa as U.S. Marines storm the island, November 19, 1943.

The defenders of the islet of Betio at Tarawa atoll were overwhelmed by the attacking U.S. Marines in November 1943.

By Peter McQuarrie The Battle of Tarawa, a component of Operation Galvanic, was the U.S. Marines’ first bold amphibious assault against a Japanese stronghold in World War II. Many lives were lost and many lessons learned, on both sides. There have been many accounts of the battle, the strategic and tactical considerations and the logistics of staging a major battle on a coral atoll in the center of the Pacific. But all of the accounts have been written in English from the American perspectiv